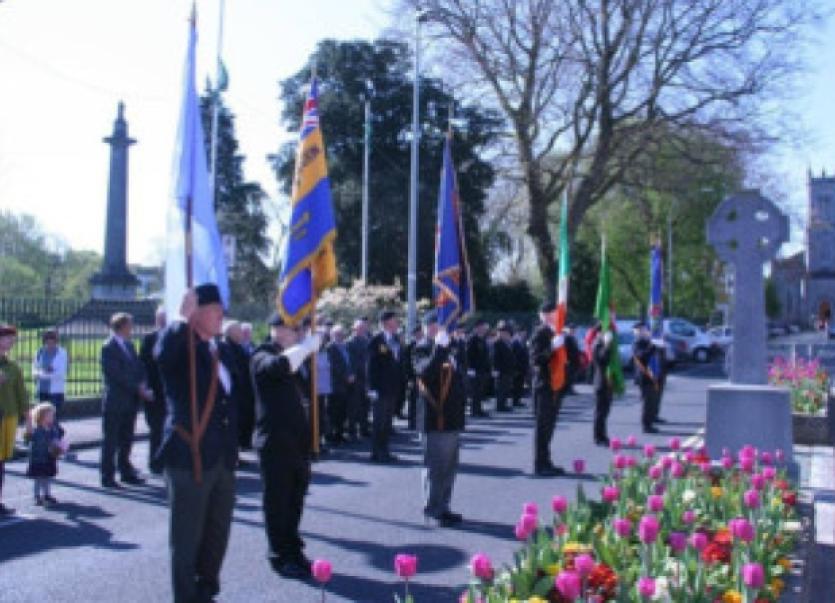 THIS Sunday Limerick will host the first international Veterans Day Parade, with a thousand former army personnel coming in from all over the world.

THIS Sunday Limerick will host the first international Veterans Day Parade, with a thousand former army personnel coming in from all over the world.

The city will be full of men in uniform, bands and colourful flags with international veterans from the French Foreign Legion, RAF, American Legion, Oglaigh Naisiunta na hEireann Branches from all Ireland joining comrades from all over Europe - including Sweden, Poland and Norway.

The event is set to prove a huge economic boost to the city with hotels and other businesses reaping the rewards.

There have been many congregations of veterans over the years but this will be the first time that they have been given the honour of parading in full colour through the streets of Limerick.

The event has been organised by the Patrick Sarsfield Branch of Oglaigh Naisiunta na hEireann – The Organisation Of National Ex-servicemen & Women.

Gerry Enright, branch president, described the day as “an honour for the city of Limerick and in this year as the city of culture it is our delight to have the first such prestigious international event being held here”.

The day will commence with religious services in the Dominican Church and St Michael’s Church, Pery Square at 10am during which Military Honours will be rendered.

At 12.30pm the parade, led by the army band will enter Pery Square from Barrington Street and form columns on each side of the ONE Monument and War Memorial.

“Our branch has an extraordinary mix of very experienced personnel” said Mr O’Mahony.

“These are the real people who make a day such as this come together”.

He went on to praise local gardai and city authorities for their support and in particular the traffic management and parks department of city council.

“These people make things work, they labour quietly, consistently and with great dedication in the background and because of their sterling efforts, we can have a day to remember,” said Mr O’Mahony.

Shortly before one 1pm The Last Post will be rendered, all flags will dip and a minutes silence will follow.

When the first note of revile sounds the flags will slowly elevate to ‘full dress present’ after which the Colour Party will lead the ‘marching parade’ onto Barrington Street.

The parade will commence at 1.15pm and proceed down O’Connell Street, through Patrick Street and on to the Civic Offices. The review stand will be outside Penneys store.