Threat to local development companies is ‘a vicious attack’ 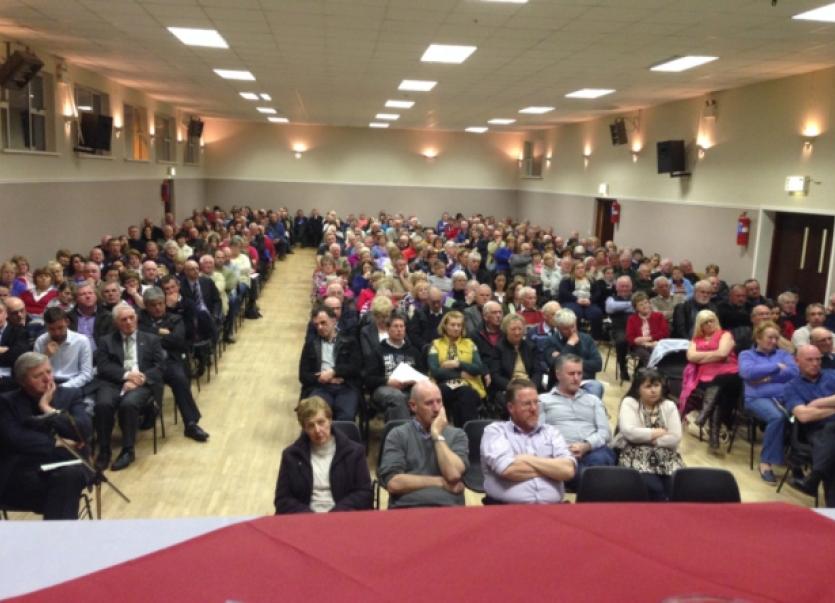 A LOCAL councillor says that proposals by the powers that be in Dublin in relation to the future of local development companies including Ballyhoura Development and West Limerick Resources “can only be interpreted as a vicious attack on rural Ireland and the people of rural Ireland”.

A LOCAL councillor says that proposals by the powers that be in Dublin in relation to the future of local development companies including Ballyhoura Development and West Limerick Resources “can only be interpreted as a vicious attack on rural Ireland and the people of rural Ireland”.

Councillor Kevin Sheahan was speaking at a special meeting of Limerick County Council which was called to discuss the status of the two Leader companies.

“There is an anger, disappointment and a sense of surprise among the people when you are canvassing them. ‘Where do you stand on West Limerick Resources?’ has become the most common question I have been asked right up to 9pm last night,” said Cllr Sheahan at last Friday morning’s meeting.

Cllr Michael Collins and his Fianna Fail council colleagues called on Cathaoirleach John Sheahan to convene a special meeting of the council to call on Minister of the Environment, Community and Local Government, Phil Hogan, “to retain our Leader companies, Ballyhoura Development and West Limerick resources, as they currently exist.”

They also called on Fine Gael and Labour councillors to give a commitment to the public if they are re-elected to support the Fianna Fail councillors to do all within their power to have the decision taken at January’s meeting to establish the Local Community Development Committee reversed.

There has been a huge outpouring of community support for Limerick’s local development companies – West Limerick Resources and Ballyhoura Development in recent weeks, following a series of public meetings which outlined the Government’s plan to align the local authority and local development sectors.

In excess of a 1,500 people attended these meetings.

At last Friday’s meeting in County Hall, in the region of 60 people from both West Limerick Resources and Ballyhoura Development watched proceeds from the public gallery.

Speaking at the meeting, Cllr Michael Collins, the Fianna Fail party leader in the council, voiced disappointment that the CEO of the joint authority, Conn Murray was not in attendance.

“We are completely dissatisfied that the county manager is not here this morning – he had a week to put it in his diary. He is the CEO of the authority and it is a very important issue,” he said at the outset.

Cllr Collins did note that the deputy city manager, Pat Dowling, was in attendance.

Cllr Collins noted that Ballyhoura Development and West Limerick Resources had been “highly successful” in implementing various programmes over the years.

“They have vast experience in successfully drawing down funds,” he said.

“It is important to note that these people give a service above and beyond their duty – often meeting groups beyond their office hours.”The meeting, which went on for over two hours, saw councillors across all parties air their views.

It was proposed by Cathaoirleach John Sheahan, Fine Gael, that the party leaders meet with the two chairpersons of Ballyhoura Development and West Limerick Resources, John Walsh and Tom Madigan, to agree on a motion to be put to the floor.

The motion called on Phil Hogan, Minister for the Environment Community and Local Government to ensure that Local Development Companies such as West Limerick Resources and Ballyhoura Development Ltd remain LAGs (Local Action Groups) and be allowed to tender directly for Leader and other EU and national funds under the oversight of an agreed Local Community Development Committee (LCDC).

The motion was passed.

“The community has been clearly saying that they feel our companies are effectively delivering the needed services and do not wish to see any change which could potentially interfere with the positive outcomes which are currently being achieved.

“We hope that Minister Hogan takes this on-board and heeds the message which local representatives are hearing loud and clear from people on the ground – if it’s not broke, don’t fix it!”

“The next few months are critical as contracts for our programmes are due to end on December 31, 2014.

“Despite negotiations with the department over the past year, we have been unable to gain a clear picture of what the future holds and this is not acceptable from the perspective of the company, the staff or the community which we have faithfully served for over 21 years.”