Don’t mind me: ‘My elocution money was well spent’ 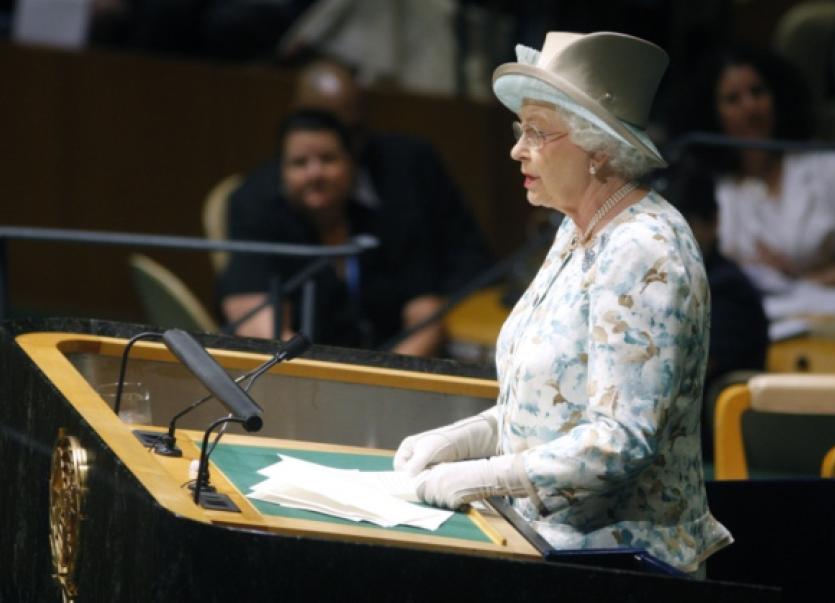 WELL, I’ll be damned! Here we are, spending a fortune on elocution lessons for our kids and refining our distinctive Limerick or Tipperary tones, while over in the UK – which, let’s face it, still dictates most of our cultural advances – they’re declaring the posh upper class accent to be passé.

WELL, I’ll be damned! Here we are, spending a fortune on elocution lessons for our kids and refining our distinctive Limerick or Tipperary tones, while over in the UK – which, let’s face it, still dictates most of our cultural advances – they’re declaring the posh upper class accent to be passé.

Just as we’re beginning to get the hang of talking posh from listening to the BBC World Service when we should be tuning in to TG4, the Oxford accent is being dumbed down. Typical! Even Her Majesty, Queen Elizabeth, is now reported to be speaking with a touch of “estuary” in her voice. Plain speak is the order of the day, especially among the upper-crust.

Contrary to what you might think, this phenomenon is not a direct result of listening to President Michael D Higgins’ usurping the British upper class tones at that memorable reception recently in Windsor Castle, although it has to be said that some of us back home, blessed with the “thick tongued mumble” of the gravelly Gael, were somewhat taken aback when we heard him

“Where did he get that accent?” we asked in astonishment.

That reaction was a bit rich, really, seeing that we’re more obsessed with accents in this country than people are, anyplace else on earth. We don’t even have to ask people where they’re from: the minute they open their mouths we know, even though every few miles of road in this country throws up a different accent. Unfortunately, we also tend to judge people by their accents and there are huge social connotations to the way we speak.

We haven’t had a real aristocracy since the Earls took flight over three hundred years ago, and the very idea of copying the Anglo Irish twang would have had our patriot dead turning in their graves. Nevertheless we’re not averse to native varieties of posh speak which are still regarded by some people in this country as a definite sign of good breeding, if not a sure indication of superior intelligence and wealth.

If we’re not blessed with it naturally, then we have to cultivate it if we want to aspire to upper-crust status, or even if we just want to make an impression. I’ve had to produce a special voice myself for answering the phone, and whatever kind of a complex that indicates, I’ve no idea. It has its drawbacks, however. Friends have to ask a second time if they’re talking to who they think they’re talking to because I sound more like Mrs Bouquet than myself, which is ridiculous. I then have to tell a lie and say that I have a touch hay fever, before reverting to my more recognisable tones.

In Britain, on the other hand, the upper-class accent has become a bit of a handicap for those who possess it. It’s holding people back when they’re trying to get on in their professional lives, and some of them have to take a kind of counter elocution course to get rid of the burden. This is incredible. It certainly wouldn’t happen here. But, apparently, the posher the tones, the less likely you are to be taken seriously, which is a bit of a bummer really – especially if your vocal chords were irrevocably shaped by the silver spoon in your mouth when you were to the manor born. It’s a bit like a friend from the past, who went hoarse very easily and was always being told that she had a very sexy and glamorous accent. It used to drive her bananas, because people never really listened to what she had to say and no-one ever took her seriously, so fascinated were they with her sexy voice.

Anyhow, every aristocrat worth his salt in Britain is now trying to control the once coveted pitches, stresses and rhythms of his speech in order to sound more like ordinary people. I can empathise totally, because of all the times I’ve tried to rein in my Tipperary accent all my life. But it kept breaking out when I got excited – unlike Churchill’s right-hand man, Brendan Bracken from Templemore, who learned very quickly to speak like a lord and avoid ever divulging his humble origins.

But don’t for one minute think that this dumbing down of posh accents is a sign of the emergence of a classless society, either here – if it spreads - or in Britain. However, I do think that it could prove a bit of a reprieve for the “squeezed middle” in this country, which is now beginning to look like an exhausted tube of toothpaste after five years being the butt of austerity measures.

At least they’ll have free speech now and they won’t feel constrained to fork out for the elocution lessons, which many of them mistakenly believed were designed primarily to give their children an upmarket accent.