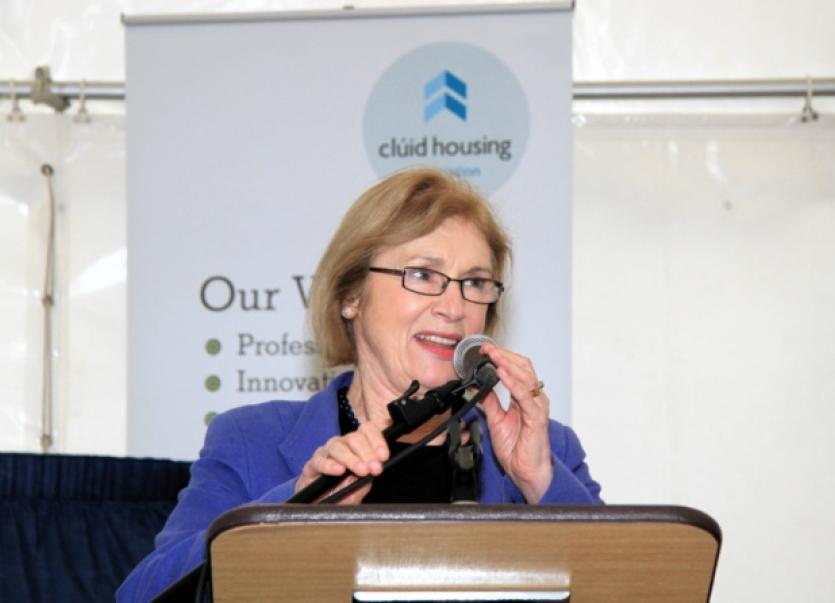 MINISTER of State Jan O’Sullivan has accepted that family doctors can’t sign the contract for free GP care for the under-sixes as currently drafted.

MINISTER of State Jan O’Sullivan has accepted that family doctors can’t sign the contract for free GP care for the under-sixes as currently drafted.

While Minister James Reilly has been urging doctors to sign up to the universal scheme, the profession has risen up against the plan – and around 250 doctors crowded into the Strand Hotel on Monday to air their concerns with local politicians.

All Limerick TDs attended except for Minister Michael Noonan, who was in Brussels.

Doctors say the scheme is inoperable in the context of deep government cuts to state schemes, inequitable in how it prioritises relatively-well five-year-olds over acutely-ill seven-year-olds, and objectionable by imposing a “gagging clause” in the contract preventing doctors from criticising the HSE.

Controversy over the under-sixes scheme has evolved into a broader political campaign by GPs highlighting the funding crisis in their profession that has left medical card holders unable to access services and forced practices to lay off staff.

Fianna Fail’s Deputy Niall Collins said the issue was now dividing the government and that Deputy O’Sullivan – who sits at cabinet – had told the gathering at the Strand that the contract was “unsignable”.

Asked if family doctors were justified in their objections, Minister O’Sullivan said she shared some of their concerns “such as confidentiality and what they describe as the gagging clause where they can’t criticise the HSE and so on.”

She accepted GPs were genuine in their concerns and these could be addressed in talks with the responsible minister of state Alex White in the coming weeks.

On whether her sympathy towards GPs put her on a collision course with Minister Reilly, she said: “It is Alex White who I have discussed it with and I understand from him he has an open mind as regards real engagement with the representatives of the GPs - and I assume Minister Reilly has the same attitude”.

Dr Mary Gray, who represents the IMO in Limerick, said that while the proposed contract for the free care of the under-sixes had sparked the current campaign, family doctors had more wide-ranging concerns.

“The specific problem is that GPs can’t provide the service they are supposed to be providing because the turnover, the gross amount (from the state) going into practices has gone down by a third. The vast bulk of that is overheads and particularly staff. It’s now got to the point where GPs don’t have the staff to provide the service they are supposed to provide. We have all cut back on staff. I cut back on administrative staff, nursing staff and doctor staff. I don’t know any practice that hasn’t cut back on all three of those now,” said Dr Gray.

The era of austerity had seen the government cut the overall health budget by 18% but general practice by twice that, Dr Gray said. Effectively extending medical cards to all under-sixes would add to the workload of family doctors when they are already struggling to provide appropriate care to existing card holders.

“Our day’s work at the moment is made extremely difficult because people who already have medical cards don’t have access to the services they need - like a person who might need chiropody services or physiotherapy services or an appliance like a wheelchair. They can’t get the services they are supposed to be getting already. People aren’t getting outpatients appointments to get operations done on time and they are on painkillers for far too long.

“That means our day’s work is nearly impossible with people on medical cards who aren’t getting what they need now. That needs to be sorted out now. Then you have people who are on the margins who have lost medical cards. I have a seven-year-old boy with Down Syndrome; a colleague of mine has a patient with multiple myeloma, another with malignancies; and they can’t get medical cards. So they are the acute problems we have on the ground and the politicians all agreed with that nobody was looking for free care for the healthier, wealthier under-sixes.

“While down the road it would be nice to think the country could provide free care for everybody, it is just not practically possible now. The other side of the story is GPs don’t have the staff to do that work,” said Dr Gray.

The gagging clause was described by Dr Gray as “Stalinist” and Deputy Collins said it was incongruous that the government should seek to introduce it “at the same time as it is bringing whistleblowers legislation through the Dail”.

Younger GPs were already leaving the country because the “financial model isn’t there to sustain a practice”, Deputy Collins said.

The draft contract for under-sixes would “place more work on top of their existing workload when they are already maxed out. It will impose more responsibility, more risk, more uncertainty, more red tape and bureaucracy - and all for no extra reward.

“Fianna Fail are supporting the GPs as we recognise how hard they work and the enormous contribution they make on the front-line for relatively little cost,” said Deputy Collins.

Support for GPs at the Strand meeting also came from the founding president of the University of Limerick Dr Ed Walsh. He accused the HSE of “black propaganda” to sway public opinion in the manner in which figures on payments to GP practices were released.

“The average practice income is €130,000 before all expenses are paid. This is practice turnover - not income. That includes rent or mortgage, heat, cleaning, insurance, medical indemnity, practice nurses and admin staff etc. However, the HSE still puts out figures that suggest doctors are making €700,000 a year,” said Dr Walsh.