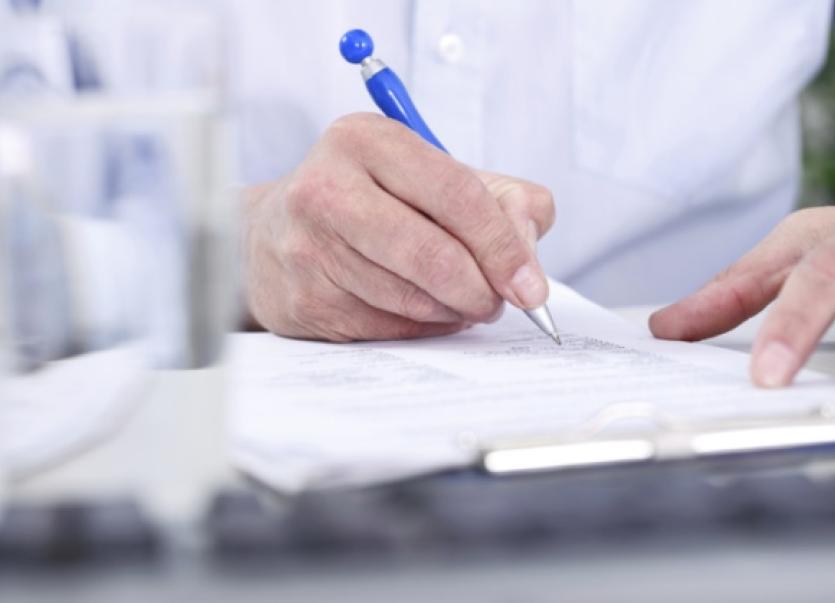 THIS week, at the risk of incurring the wrath of pen-pushers everywhere, I’m writing about the ubiquitous biro. Although maybe it’s not as ubiquitous as I believe, seeing that there isn’t a biro to be had for love or money these days in Henry Street garda station, where offenders who are obliged to sign on at the station regularly are now also obliged to bring their own pens.

THIS week, at the risk of incurring the wrath of pen-pushers everywhere, I’m writing about the ubiquitous biro. Although maybe it’s not as ubiquitous as I believe, seeing that there isn’t a biro to be had for love or money these days in Henry Street garda station, where offenders who are obliged to sign on at the station regularly are now also obliged to bring their own pens.

This is an alarming state of affairs. I was aware that the force was under resourced, but it never dawned on me during the boom times that gardai might one day be back on the bike and writing with quill pens again.

The sad situation, however, is replicated in public offices all over the place. There isn’t a pen to be seen in any of them, and you’d be afraid to ask for one in case they didn’t know what you were talking about. I think it’s all part of a big conspiracy to force us to abandon the pen altogether and do our business on-line. But I’ll be damned!

All my life, I’ve had a love-hate relationship with the ballpoint pen. I was under the somewhat disdainful impression that it was first invented by Americans to save time on filling fountain pens with ink. But apparently I was wrong. Its creator, Laszlo Biro, was a Hungarian leather worker who came up with the ingenious idea of a ballpoint to write his name on his products, and if I had known that in my youth I might have had more respect for the biro. As it was, it was also frowned on by polite society in general – a letter written in biro was considered disrespectful – and by teachers in particular, who suspected that I was a closet biro wielder by the time I had reached my teens because my handwriting had gone to pot. Anyway, biros were forever leaking in my pocket, giving the game away.

By the time I’d started my working life, the biro had become indispensable. By then the whole world revolved around the ballpoint and the fountain pen had become more or less extinct. When I became a reporter, I was inundated with free biros. They were foisted on me by agencies calling attention to their own existence and by financial institutions to whom I owed money and even by politicians I wouldn’t vote for in a fit. Everyone with something to sell had his name on a biro and I felt like an advertising hoarding with a bagful of them. I still have a whole drawer of biros at home, and they never work when I need them. That’s the thing about the biro. You could never depend on it, but someone always had a spare one. Once, I even had to ask a garda for the loan of a biro in the court when my own started showing signs of pernicious  anaemia.

Some of the biros in my collection, I’m ashamed to say, are stolen property. Unlike Scarlet O’Hara, in the greatest crises of my life I’ve always had a hankie, but I’ve never had a biro at the ready.

“Do you have a biro I could borrow for a second,” I’d ask complete strangers in desperation. When I’d finished I’d absent-mindedly pocket it, and afterwards I’d have no idea where it had come from. It was an embarrassing affliction to say the least. I think I may have been the reason why they started chaining pens to the counters in banks and public buildings. They must have seen me coming.

But I was in a queue in one office last week where the only chained biro on display didn’t even stretch to where I was standing. When I eventually got up close – after stretching myself rather precariously - I found that someone had put a couple of knots in the chain and the pen itself had run dry. Is it penury or technology that has reduced the biro to such ignominy? Maybe, some enterprising companies out there could issue free biros for use in public offices and garda stations instead of spending fortunes on marketing  strategies.

But before I end, I must draw attention to some of the more colourful aspects of using a biro today. I was present in one of the new driving license centres the other day when a man in front of me was turned away because he had filled in his renewal application form in ‘blue biro’. This apparently is a crime against modern technology which, apparently, can’t cope with the trauma of anything written in blue biro – just like the polite society that frowned on biro written letters half a century ago. Most official forms must now be filled out in black biro: otherwise the computers won’t be able to read them. This, in my humble opinion, says a lot more about modern technology than it does about the biro.

Finally, I was amazed to hear that teachers are now being advised by lay off their use of the red biro when marking the school work of their pupils. A red biro, it seems, is a soul piercing instrument that could knock a child’s confidence for life. Teachers are encouraged instead to draw smiley faces, or sad faces, as the case may be, and what effect this infantile response will have on future generations remains to be seen.

But at least I now know why I turned out the way I did. I was a victim of a red biro!