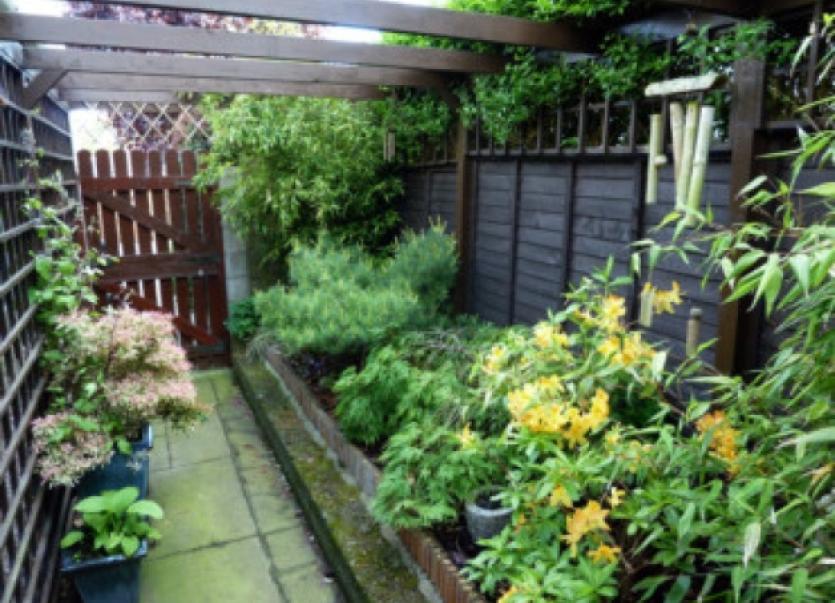 Sarcococca hookeriana var. digyna, commonly called the Christmas Box or Sweet box is an evergreen shrub that produces flowers in the depth of winter. It is a plant that is quite unremarkable for most of the year, but at this time of the year it produces the most wonderfully scented white flowers. Like most winter flowering shrubs the scent is very strong. A few branches of the shrub will fill a room with its  scent.

Sarcococca hookeriana var. digyna, commonly called the Christmas Box or Sweet box is an evergreen shrub that produces flowers in the depth of winter. It is a plant that is quite unremarkable for most of the year, but at this time of the year it produces the most wonderfully scented white flowers. Like most winter flowering shrubs the scent is very strong. A few branches of the shrub will fill a room with its  scent.

There are about 11 species of Sarcococca that are found in moist, shady places from China to the Himalayas. The flowers are small and both male and female flowers are produced on the same plant. The male flowers have conspicuous anthers. The plant is fairly small, slow-growing with a bigger spread than height. The plant will eventually grow to a height of 5 feet with a spread of 6 feet. The flowers are followed by black berries that last through the year.

The plant thrives in a moderately fertile, humus-rich, moist but well drained soil in deep or partial shade. Avoid soil that tends to dry out, which should be no problem in most Irish gardens, dry soils tend to slow down growth and produce unreliable flowering. Keep the roots moist by applying a mulch in spring. The plant can be pruned each year, after flowering to maintain shape. The plant can be used as a low informal hedge.

Sarcococca hookeriana var. humilis is a dwarf, clump-forming shrub that spreads by suckers. It grows about 2 feet tall with a spread of 3 feet.

It produces fragrant, pink-tinged white flowers in winter followed by spherical blue-black berries. It may be planted in autumn or  spring.

Climber of the week

Clematis armandii is an evergreen, scented climber that flowers at this time of the year. A native of China, the plant was discovered by Wilson in 1900. It has large dark green glossy leaves that are bronze in colour when young. Since it flowers on growth made the previous year, pruning should be done after flowering, giving the new growth time to mature over the summer to produce the following year’s flowers. It is a vigorous climber reaching heights of 17 feet or more. Since it is an evergreen clematis and flowers early in spring, it needs a sheltered spot on a south or south-west facing wall to avoid severe weather damage which will result in loss of flowers. Clematis armandii produces white flowers in profusion with five or six petals and short off white stamens. The flowers produce a powerful fragrance which will fill the house with a beautiful almond scent when cut and brought indoors. The plant needs a moist well drained soil. If planting next to a wall, dig a deep planting hole at least one foot away from the wall and fill it with good compost and well rotted manure. This will help to retain moisture. A thick mulch applied around the root system after planting will keep the roots cool and moist. Plant in the autumn or spring.

Grass needs a temperature of about 6 degrees to start growth. Lawn fertiliser could be applied when temperatures start to rise. There is still time to apply lawn mosskiller, use a dilute solution of iron sulphate in water to kill the moss. Check that your lawnmower is serviced or if it is old now is a great time to purchase a new mower, lots of great bargains out there.

When daffodils begin to form seed-pods, dead head the flowers so the plant will use its energy to build up the flower bulb for next year.

Lift and divide congested clumps of snowdrops after flowering and replant in new beds.

Evergreen trees and shrubs can be planted in the next few weeks as growth begins to give them a quick start.

If not already done, prune apple and pear trees, current and gooseberry bushes before the buds begin to break.