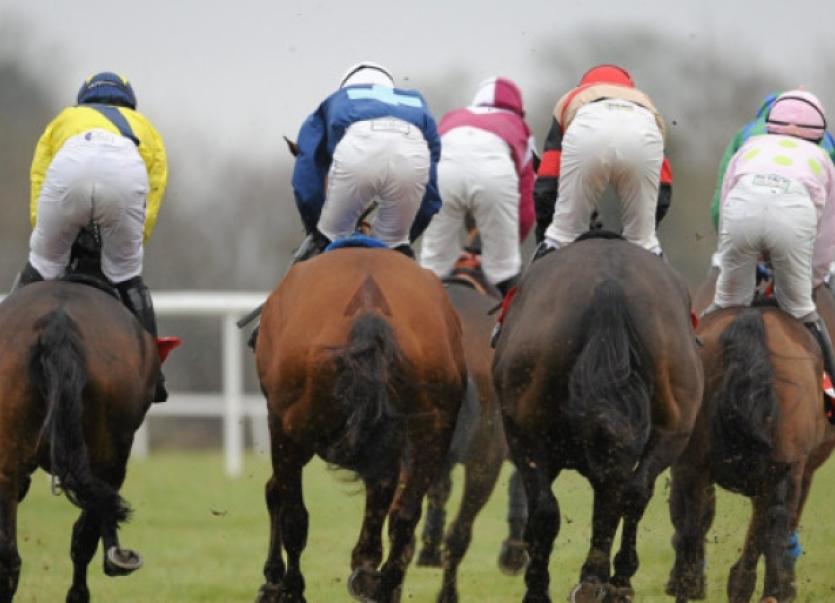 Following the shocking fall of leading amateur JT McNamara at Cheltenham last week, it is a great relief to report that the 37-year-old did not sustain a brain injury.

“JT remains in a stable condition at Frenchay Hospital, Bristol. He is now fully alert but requires full time ventilation at present. In due course, JT will be transferred to the National Spinal Unit at the Mater Hospital, Dublin where he will be closer to his family. His wife Caroline and family very much appreciate everyone’s continued good wishes and prayers on JT’s behalf.”

All we can do is to continue to offer our support and prayers to his family and friends and it is promising to hear that he is fighting to make a full recovery.

With last weekend’s racing being cancelled, I have decided to focus on two of the most challenging races of the year. As both the Irish and English Grand Nationals loom nearer, I have taken the time to look at some of the leading Limerick contenders and to hopefully help you find a winner.

Weather permitting, the Grade A Ladbrokes Irish Grand National will take place at Fairyhouse Racecourse on Monday, April 1. Limerick-trained runners account for two of the 81 entries and the line up is looking as competitive as ever this year, with the Willie Mullins trained Quel Esprit topping the weights.

Charles Byrnes has the Gigginstown owned Sea Of Thunder entered who has been set a weight of 10-8 should all the top entries run.

However, with Willie Mullins training five of the top 13 entries and with a few of them having entries elsewhere, it is unlikely they will all run and therefore the weights are sure to go up. This may give the Eric McNamara-trained Questions Answered a chance of getting a run as he was balloted out of his respective entries in Cheltenham.

I would think Sea Of Thunder will run if the ground shows up any way good and if not, he may be Aintree bound the following week for a shorter and better suited race.

The terrible ground that Ireland has to endure these days may play to the advantage of McNamara’s eight-year-old as he has proven that he relishes the tough conditions.

The son of Old Vic has been a real player in all the staying races he has run in this year and this will be his biggest test to date. That said, he is bred to stay and always runs on in the end of his races and I am hoping that he will be a good each way bet if he makes the cut for the showpiece on Monday.

In my opinion, the English Grand National is one of the most testing races you will ever run a thoroughbred in. Over a distance of four miles and four furlongs and in very testing conditions at times, you really need to have an extra special one to win.

As with every year, the Grand National causes a lot of controversy amongst animal rights groups who feel that asking horses to run over that distance and jump such challenging obstacles is cruelty.

One can see their point of view and the British Horse Racing Authority (BHA) have co-operated by lowering the height of some of the obstacles. Sadly last year, Kilmallock owner JP McManus lost his home bred Cheltenham Gold Cup winner Synchronized in the National but he remains hungry for victory again after the Jonjo O’Neill trained Don’t Push It took the race for McManus back in 2010.

Last year, McManus was denied another winner in the race as Sunnyhillboy was just touched off on the line by the Paul Nicholls trained Neptune Collonges. With six McManus owned horses entered, I personally feel Sunnyhillboy has the best chance of these as he contests the race again this year but unfortunately has a bigger burden of weight to carry.

Besides that, I feel he has a very fair chance as he has proven he stays the trip and clearly loves the national fences, unlike some of the rest of the field where the distance is an unknown to them.

The Thomas Mullins trained Bob Lingo was the Galway Plate hero for McManus last year but has not really shone since starting back in action after a well deserved break. Bob Lingo has never contested in a race further than three miles and two furlongs and this, combined with his average runs recently are a negative for me.

While the son of Bob’s Return is a class act, I just don’t feel he is in the form of his life at the moment.

RTE presenter and racehorse trainer Ted Walsh trained the national third Seabass last year and is hoping to finish closer this year. Seabass contests the race again this year, but like Sunnyhillboy, he is carrying more weight than last year.

Walsh and McManus have also teamed up this year with Colbert Station, who they hope will make the firing line and the bookies clearly think he will, making him a 16/1 shot with most firms.

Colbert Station is a very progressive horse as he took the Grade B Paddy Power Chase at Leopardstown at Christmas in very convincing style.

Walsh commented afterwards that he could be “an English National horse in time” and clearly thinks now may be the time. However, the son of Witness Box has never ran over three miles either and four miles and four furlongs is a lot to ask.

If both Walsh and McManus think he is worth an entry than they obviously feel he has enough stamina and class to get him through the race. Both horses clearly have chances but the National is always a lottery and one sometimes may feel it is safer to stick with a horse who is proven over the course and trip which is Sunnyhillboy.

The 10-year-old looks set to carry a stone more than he did last year but a case can be made for him at 20/1.

On the other hand, if you are willing to take a risk then maybe Colbert Station is the one for you and I’m sure nothing would make us Limerick natives prouder than to see one of our own bring home the Grand National trophy again.