‘Massive day’ as The Well aims for title 19 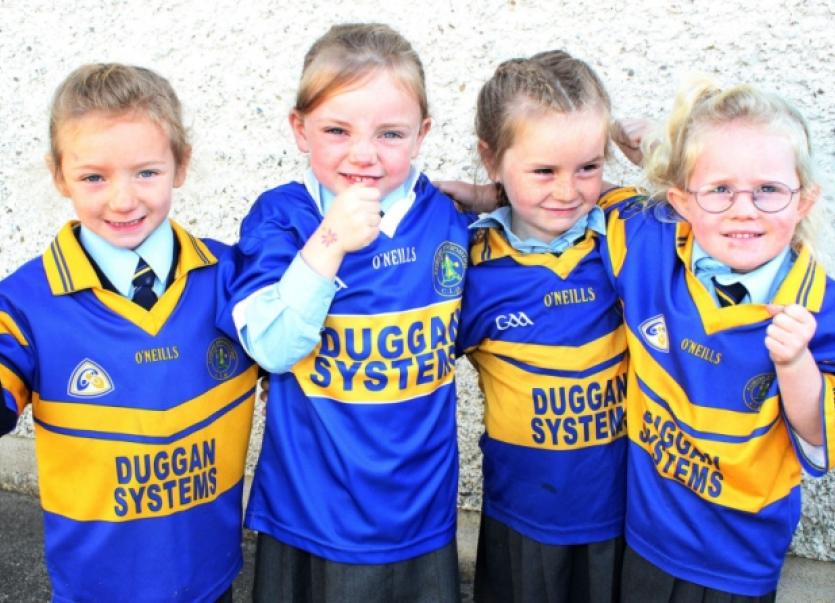 Excitement is mounting in Patrickswell ahead of their senior hurling final clash with Na Piarsaigh this Sunday.

Excitement is mounting in Patrickswell ahead of their senior hurling final clash with Na Piarsaigh this Sunday.

It is nine years since the club made it to a senior final and 12 years since they won one, so for the pupils in Patrickswell NS this Sunday’s match is a huge occasion.

“The current generation of pupils in the school have no experience of seeing the senior team in a county final, so it’s a big thing for them,” principal Ciaran Crowe said this week.

“They are really excited about it.”

He added: “They are not over-confident, but they are quietly hopeful and they have a great belief in this team”.

A hurling-mad school at the best of times, Patrickswell NS has been the breeding ground for some of Limerick’s finest hurlers, including four of this year’s All-Ireland U21-winning team.

And, according to Mr Crowe, 90% of the squad that will line out this Sunday attended the school.

The fact that many of the present pupils have brothers, cousins or uncles on the panel only adds to the sense of a community pulling together.

“It is all a big family here and a lot of the pupils would have relatives in the panel. They are a very dedicated lot,” Mr Crowe added.

When the club last won a senior county championship back in 2003, the team mascot that day was Cian Lynch - one of the stars of the All Ireland U21 winning team and a key player in the Patrickswell set-up.

That 2003 team was captained by his uncle Paul Carey and also featured Ciaran Carey - the current senior team manager.

With a total of 18 senior titles to their name, Patrickswell would love to secure another - bringing them level with Ahane at the top of the county’s roll of honour.

However, they know they will have to be at their best to overcome an experienced Na Piarsaigh side.

Club chairman Kieran Carroll said Sunday would be “a massive day for the club”.

“We have been waiting a long time for this. It’s 2006 since our last county final. Over the years we have been used to county finals and this will be our 25th. When you think that our first one was won in 1965, 50 years this year so we have a fairly good record - 24 played and 18 won and it’s great to be back,” he said.

He added that, while it would be good to equal Ahane’s record, “all that is important is the win on Sunday if we can get it.”

“I just hope that it is a good game of hurling. I think the county needs it and I think that the game will be very close,” he added.