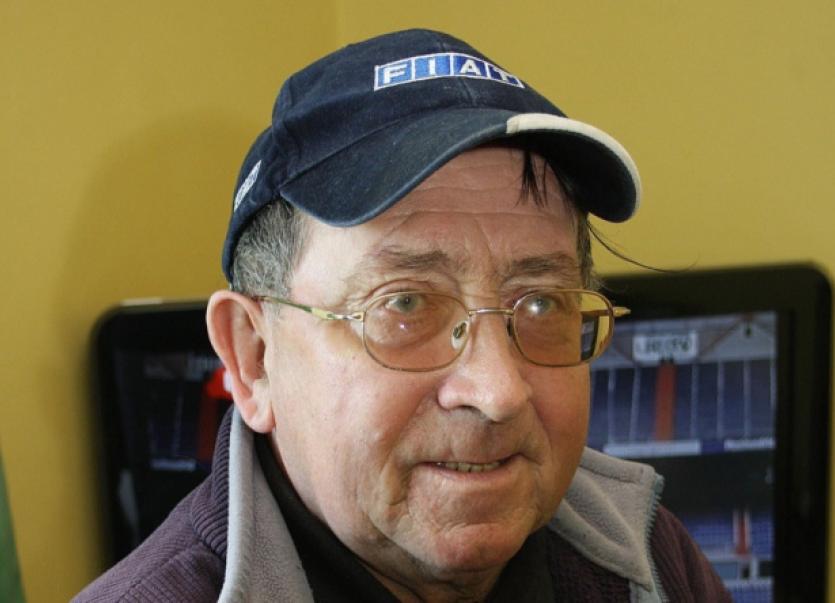 A PENSIONER who claims to have had his appointment to have his gallstones removed postponed for a third time says he has been “going round in circles” - his latest appointment was cancelled just hours before the procedure was due to take place, and, it now transpires that he wasn’t on the surgical list.

A PENSIONER who claims to have had his appointment to have his gallstones removed postponed for a third time says he has been “going round in circles” - his latest appointment was cancelled just hours before the procedure was due to take place, and, it now transpires that he wasn’t on the surgical list.

Billy ‘Hal’ Mulcahy, 75, of Ashill, Kilmallock says he was informed on Monday afternoon of last week, that his appointment to have his gallstones removed at University Hospital Limerick at 7.30 the following morning, September 29, had been cancelled.

He says he received a phone call at around 6pm from the secretary of the surgeon who was due to perform the procedure, to say it had been cancelled.

To add to his frustration, a letter came through his postbox at 11.30am the morning the procedure was due to take place informing him that “a bed has been provisionally booked” for that morning, Tuesday, September 29 at 7.30am. And, to further confuse matters, it now transpires that his name wasn’t on the surgical list. “I rang the doctor’s name on the letter and his secretary said I wasn’t even on the list for the operation. She went a week back and a week forward even,” he explained. “Another doctor was to do the operation but the letter came out from my consultant,” he added.

While Mr Mulcahy said he has only good things to say about the doctors and nurses at UHL, he is growing increasingly frustrated at the delays.

His latest health scare began last April when he suffered “a violent pain” in his side and was admitted to UHL. “I was told by my doctor inside that it would be done at the end of May or the first week in June,” Mr Mulcahy explained.

The pensioner says he then made enquiries, to be told “there was a bit of a delay, so I eventually got an appointment for St John’s for assessment first and the surgery was supposed to be done as well.”

Mr Mulcahy says he went into St John’s about a month ago where he was assessed. “The following day I got a phonecall from St John’s and they referred me back to the Regional. I got a phonecall from the Regional that I would be seen on September 29,” he said, adding that he has since been told that the procedure will possibly be done on October 20.

A spokesperson for UL Hospitals said UHL “is the main centre for acute surgery and emergency care in the region. Unfortunately, this means that at times – owing to the volume and complexity of both scheduled and non-scheduled cases – elective surgery may be cancelled. UL Hospitals very much regrets that any patient is inconvenienced by having their surgery delayed. They can be assured that these decisions are not taken lightly and are made on the basis of medical need. Where surgery is delayed, every effort is made to rearrange a new date at the earliest convenience.”