Don’t Mind Me: ‘A slice of Mindfulness with my carvery’ 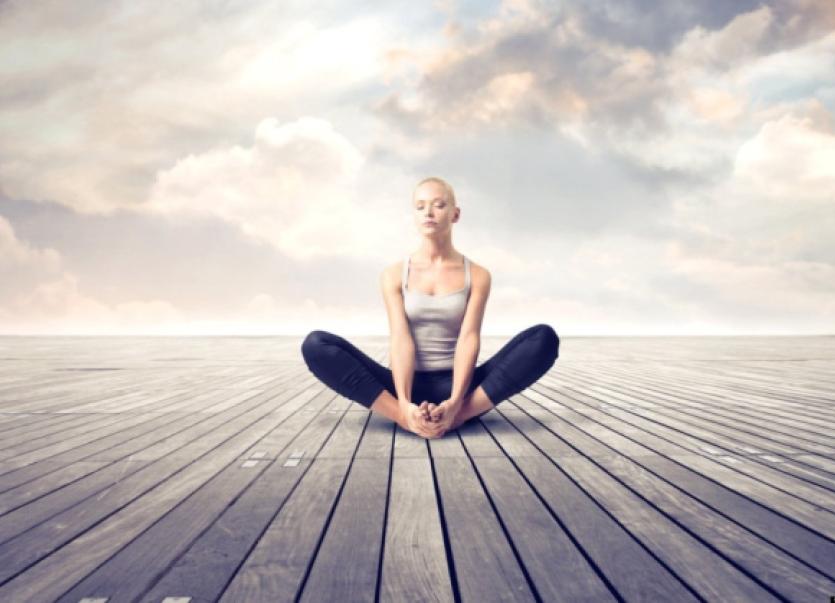 I WAS a bit gobsmacked, I have to say, to learn that the Government spent over €2,000 recently on six lunchtime sessions of ‘Mindfulness’ for 30 stressed out civil servants based in Tullamore.

I WAS a bit gobsmacked, I have to say, to learn that the Government spent over €2,000 recently on six lunchtime sessions of ‘Mindfulness’ for 30 stressed out civil servants based in Tullamore.

Now, it isn’t the cost to the taxpayer that bothers me so much as the fact that the bleeding obvious seems to have been missed. Or am I missing the point myself when I humbly suggest that if those pressurised employees of the Department of Finance had got a chance to relax and eat their lunches in peace in the first place, there wouldn’t have been any need for the mindfulness?

That’s the thing about this mindfulness mania currently sweeping the country. It’s internalising the stresses and strains of modern living and making people thing that it’s all in their own heads. Clearly there are external factors involved in understaffed workplaces and frazzled households that are driving people to the verge of burn out.

I know in my heart that if I was a civil servant enrolled in a mindfulness class at lunch time, I’d be fretting too much about what I had to get done in the afternoon to be able to get anything at all out of it. That’s if I wasn’t feeling too peckish in the first place to even concentrate the mind.

On the other hand, maybe there was a free lunch and a glass of wine going with the meditation classes. Even so, everyone needs a complete break from the work station at some stage during the day – to relax and maybe rant about the boss out of earshot. The trouble is that one in four workers have admitted that they are now working through their lunch times every day without extra pay, and nobody has even asked them whether they have too much to do or whether they are just trying to make an impression. They don’t even say if they are resentful. So maybe a spot of lunchtime ‘mindfulness’ isn’t anything like the penal civil servitude I had imagined. For all I know the participants could have loved it and benefited greatly from the experience.

It’s the ‘Mindfulness’ however, that is beginning to get my goat. In a world that is becoming more and more like a pressure cooker, mindfulness is seen as the answer to all our ills. It’s the new religion of the so called post Catholic Ireland and if we’re not careful it will get a special mention in the Constitution before we know it. Everyone I know, even the most laid back of my acquaintances, is practising mindfulness in some form or other. Some even have their own personal gurus, and I’m stressed out myself from trying to get in on the act. I can’t help wondering if I wouldn’t be less cranky and more creative – and maybe even wealthier, whatever about healthier – if I could get myself to practice a bit of mindfulness.

The trouble is I don’t have a mind to practice it. I can’t get my head around the concept at all. But it is accessible to everyone, even those whose minds are closed to it, I was told. At one stage, when I was showing signs of being unduly frantic over something quite trivial, someone tried to introduce me to mindfulness by telling me to take up knitting. That wouldn’t be long emptying your mind, I was told, and then I could re-fill it with more positive thoughts - if I could find any. Sure enough, the very mention of knitting emptied my mind straight away – scared the wits out of me actually. The last time I wielded a pair of knitting needles was at school when I inadvertently stuck one of them in my eye while turning the heel of a sock, losing half a dozen stitches while temporarily blinded. I could have lost my sight as well, but the stitches were a huge loss. As far as I was concerned, it would have been easier to turn the Cape of Good Hope in a rubber dinghy than to turn the heel of a sock.

Then, out of the blue, a week ago, I discovered a new phenomenon in a Dublin bookshop – colouring books for adults. The shop in question had devoted a whole section to this latest craze in the mindfulness campaign. ‘Colour Me Calm’, but I was even more gobsmacked when I saw those colouring books than I was when I heard that Civil Servants were now getting lessons in mindfulness, courtesy of the taxpayer.

What kind of an infantile reaction is this to the stresses and anxieties of everyday life, I asked myself. But apparently the adult colouring books are selling like hot buns and grown people who left their colouring days behind them in senior infants are now getting great relief from mental distress by colouring in again. For all I know it might even be giving them a meaning for life and comforting their fears of death, as religion once did.

Nevertheless, I’ll pass on it, if you don’t mind. I don’t want a set of colouring books and crayons for Christmas. Even a pair of knitting needles would be less intimidating. Anyway, I was never much good at colouring in. I found it too demanding and stressful to have to keep inside the lines, and my colour schemes, to say the least, were always a bit demented.