Dual mayoralty situation in Limerick to be reviewed 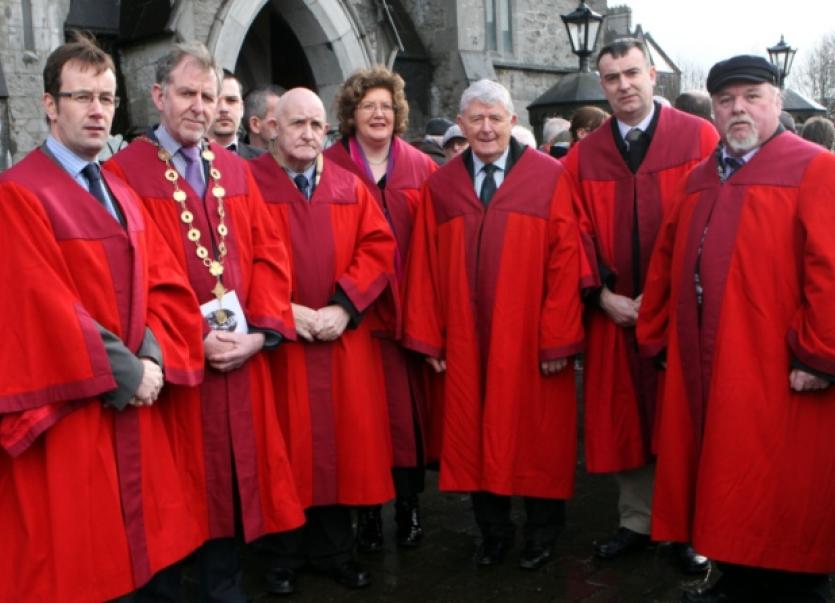 LIMERICK could go back to having only one first citizen after Minister Alan Kelly ordered a review into the city’s dual mayor system.

LIMERICK could go back to having only one first citizen after Minister Alan Kelly ordered a review into the city’s dual mayor system.

At present, Cllr Kevin Sheahan is the overall Mayor of Limerick City and County, while Cllr Michael Sheahan is the mayor of the urban metropolitan district.

But responding to a question in the Dail from County Limerick TD Patrick O’Donovan, the Local Government Minister said he had initiated a review into the operation of the new arrangements.

This will be undertaken by a special advisory group, and “the advice, views and proposals resulting from this process will provide a sound evidence base upon which to consider any adjustments, legal or otherwise, that may be warranted”.

In an act of defiance at City Hall this week, some metropolitan councillors said they would fight “tooth and nail” to ensure the mayor of their own area remains the first citizen.

They have fixed the annual general meeting of the city area for the evening of Friday, June 19, with a proposal to have the traditional mace, floral decorations and related finery return to the chamber for the occasion for the first time since 2013.

Independent councillor John Gilligan said: “The metropolitan mayor should be the mayor full stop. End of story. This is precisely what I want to see. I want to see it happen for my city.”

However, Cllr Jerry O’Dea of Fianna Fail thinks there is there is room for two mayors.

“I believe fundamentally it is important to the citizens of Limerick that the title remains. It is important in terms of presenting a city that has culture, vibrancy and 800 years of history. As the third city in the country, we need to have a mayor of the metropolitan area.”

And he warned: “Once you change something, there is no going back, so I think we should be very careful as to how we approach this.”

His party colleague Cllr Shane Clifford suggested the mayor of the metropolitan district retain the title, but be known as the deputy mayor of the council overall. They should travel with the overall mayor to different functions.

This, he said, would reflect the importance of Limerick City.

However, Cllr Joe Leddin said it should be the Mayor of the city and county who should be the sole first citizen. He laid the blame with the Department of the Environment, Community and Local Government.

“It’s not working. That is obvious to everyone involved in the process, either an elected member or an observer looking in. We are in a ridiculous situation.”

“I know some people personally might like the title mayor, but when the decision was made to merge the local authorities, the long and proud association with Limerick city’s election of mayors ended with my aunt, Kathleen [Leddin],” he concluded.