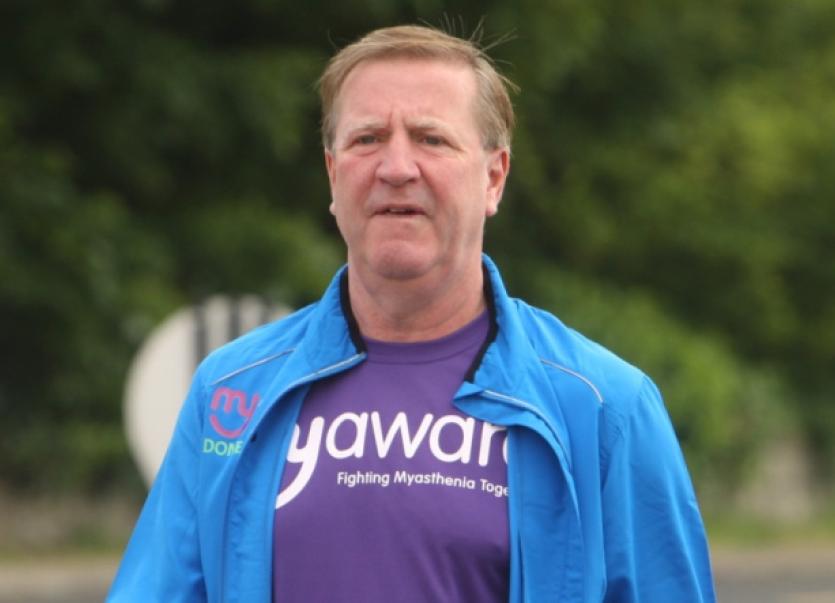 BROADFORD will hold out the hand of friendship to hundreds of Liverpool football fans this weekend when some of the greats of the game to wear the Liverpool jersey arrive in town for an exhibition match.

BROADFORD will hold out the hand of friendship to hundreds of Liverpool football fans this weekend when some of the greats of the game to wear the Liverpool jersey arrive in town for an exhibition match.

And Broadford Rovers’ home-ground, Cove Park, has been given a new lick of paint in anticipation of the Liverpool Legends who tog out against a scratch side at 2pm this Saturday.

For the club’s officers and the team of volunteers who have been working on this event since last summer, everything is now coming together and falling nicely into place.

“We have seen a lot of interest over the last two weeks,” club chairman, Jim Neenan said. “It looks like the work is paying off.”

And, revealed Mr Neenan, there has been no lack of enthusiasm from players from all over Limerick who want to play against the Legends or play with them.

Way back in September, Mr Neenan said, he sent out an e-mail offering the spots: eight places at €300 on the Liverpool side and 22 places at €150 to play against them. Within an astonishing four hours, all 30 spots were filled.

“We were very lucky too in our sponsors,” Mr Neenan said. “They all gave us money at an early stage.”

The Liverpool Legends event was dreamt up by Broadford Rovers to finally clear the last of the €800,000 they have spent over the past decade in developing their grounds. But they also hope the whiff of soccer greatness will help promote the club locally and inspire youngsters to get involved and to stay involved.

“We wanted to bring something back to the village,” Mr Neenan said.

“We are on target,” Mr Neenan said. But a fine day and a last-minute surge of fans would be welcome. The grounds can take up to 2000 people and tickets will be available on the day also.

Saturday is shaping up to be a very special day for Seamus Cleary, a native of Broadford who is now a publican in Newcastle West. Seamus spent five years working in Germany where he befriended Liverpool fanatic Axel, better known as Kenny, after Kenny Dalglish.

Axel, he explained to the Limerick Leader, was 19 years old and living in East Germany in the early 1980s before the Berlin Wall came down. Determined to get to see Liverpool play, he attempted the dangerous crossing into West Germany. But he got caught and spent 12 months in jail without trial as a result.

But once the Berlin Wall came down in 1989, Axel hit the road and within two weeks had made his way to Anfield and his beloved Liverpool, Seamus explained.

This Saturday, a little over 25 years after that hard-fought for experience, Axel will be watching some of his heroes play in Broadford with his pal Seamus.

Meanwhile, according to Jim Neenan, there are still some tickets available for Saturday evening when Broadford Rovers will host a dinner and dance at the Charleville Park Hotel. A limited VIP package, offering the chance to socialise with the Liverpool Legends for an hour before dinner, is also on offer. Go online to www. broadfordledgenxi.com for tickets. The match starts at 2pm and gates open at mid-day.