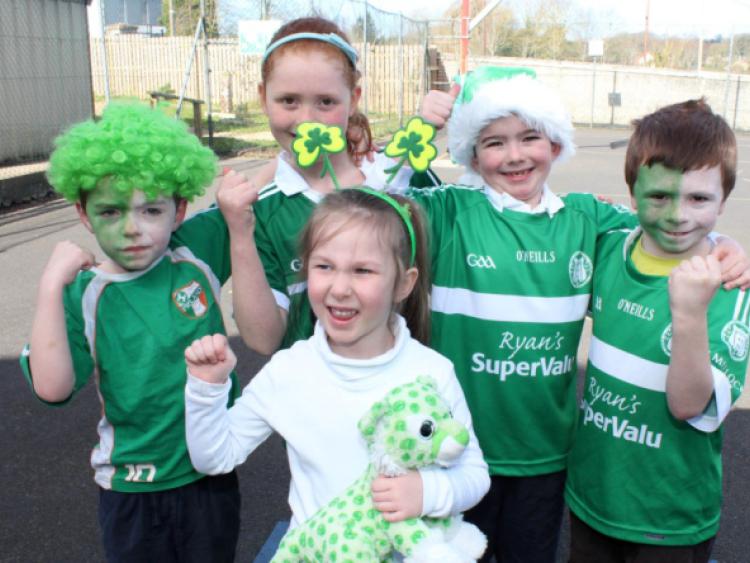 In this week’s column, Martin Kiely says that Kilmallock can enjoy their greatest day in Croke Park.

In this week’s column, Martin Kiely says that Kilmallock can enjoy their greatest day in Croke Park.

By any standards it’s been a remarkable year in life of Kilmallock GAA club, few would have predicted at the start of the senior hurling championship in Limerick last year that the South Limerick club would not only win the Limerick championship but are now just one hour away from creating hurling history for the county.

As a club Kilmallock has produced some outstanding hurlers over many generations and I don’t see that changing into the future. Next Tuesday in Croke Park they will contest the All Ireland final against Ballyhale Shamrocks, the club have been at this junction in the past but you get the sense that their name is on the cup.

I say that not in any way to put pressure on the team or club but it’s been that sort of year for Kilmallock. Against the odds this group of players have delivered when it mattered most and it would be the desire of all Limerick hurling supporters that they would finish the journey with the Tommy Moore Cup in the hands of Graeme Mulcahy.

It will be a very special day for the club and the many players and officials that have served it since its foundation and it will also be a huge day for Limerick as this club hopes to become the first in the county to win such an honour.

Winning the Limerick championship played a huge part in galvanising the spirit within the Kilmallock team. They grew in confidence and manager Ger O’Loughlin was a key driver of that confidence which saw the team develop well beyond where many thought possible. Their journey through Munster saw them overcome Cork championship Sarsfields on home ground and hot favourites Cratloe in the Munster final.

One of the key reasons I feel Kilmallock have made such ground this year is that they are really playing as a team. The work ethic within the team has been superb but they will be mindful that an even greater effort will be required to overcome favourites Ballyhale.

Since winning their respective semi finals both clubs have trained very hard, the difficulty for Ger O’ Loughlin and his management team is to keep the pot boiling but not to overdo it. Freshness is vital for any team on club final day and regardless what way the team has played before this occasion has a way of passing you by very quickly.

Ballyhale will have greater experience in this regard, they are a hugely successful club with many decorated All Ireland medal winners both at club and county. Such experience could stand to them and for that reason Kilmallock can’t allow them dictate the game. It was rather ironic that I travelled to see Ballyhale play their opening round of the Kilkenny championship and little did I think then that they would wind up in Croke Park playing Kilmallock on St Patrick’s Day.

They have worked hard since beating Gort in the semi final with a number of games, they played Dublin three weeks ago and I travelled to see them play Midleton in a challenge in Midleton 10 days ago. Ballyhale won the game by seven points and without Henry Shefflin. He was happy to train on the small pitch and as one of the club people mentors put it, “We know what Henry can do and the priority now is to have him fresh for Croke Park.” At 36 Henry Shefflin has won every honour in the game, he scored five points in the semi final win over Gort but of more importance is how he controls matters on the field.

I met with Shefflin in Limerick two weeks ago and he is taking nothing for granted. I got the sense how important this game is to his club but also to him and I wouldn’t be surprised win or lose if he calls time on his intercounty career after this encounter.

For him it would be the most fitting way of all to finish, “Kilmallock are a superb team and I was very impressed with how they came through the Munster Club. We know we are facing a major challenge and we will have to be at our best to beat them. Club finals are over before you know it and we know what to expect from Kilmallock. They have many top players and we don’t expect them to go to Croke Park for fun.”

A notable ingredient in all matches Kilmallock have played so far in this championship has been that different players have delivered in all their games. That’s a good sign of a team but for Ballyhale Shamrocks it might require Kilmallock to lift themselves to an even higher level.

I think the mixture of youth and experience will be a major asset to Kilmallock, they will know well what to expect from Ballyhale. To beat the Kilkenny champions Kilmallock will need to control matters in defence and how they do that could decide the outcome of this game. Players like TJ Reid, Henry Shefflin, Eoin Reid and the lightning fast Colin Fennelly will take careful minding. If Kilmallock manage to curtail the Ballyhale attack then I feel they will win this All Ireland final.

Kilmallock have some outstanding players and many of them are going through a rich vein of form.

Gavin O’Mahoney’s move to the forwards has given him a new life. Graeme Mulcahy is a serious goal poacher and his swift turn of feet will ensure Kilmallock will push Ballyhale all the way. Paudie O’Brien and Bryan O’Sullivan have controlled most games Kilmallock have played from midfield. O’Sullivan has scored some cracking points while O’Brien drifted to aid the defence and attack with some well directed passes. The O’Loughlin brothers I expect will be busy, Ballyhale like to run at pace through the centre so I won’t be surprised if Kilmallock pull a player from the forwards to assist the defence.

This a massive occasion for the Kilmallock club, supporters past and present will make the journey and I do hope a very big Limerick crowd also travel to Croke Park to support the team. This team deserve the support of all Limerick GAA people and it would be a huge boost to Limerick if Kilmallock land All Ireland honours.

For too long the curse of Croke Park has affected Limerick teams and a win next Tuesday might help turn the wheel and end what has been a pretty dismal record by Limerick teams at this venue. Kilmallock will be seen as outsiders in this final and in many ways the pressure is really on Ballyhale. Kilmallock must have a foothold in this game from the very start and if they can do that then I feel they will win.

They have the players and the experience necessary to deliver at this level and the wait will end for them and Limerick in Croke Park next week. I feel this will be an intriguing game, a battle that will test those on the field and on the line but when the final whistle sounds I think Kilmallock will be champions.