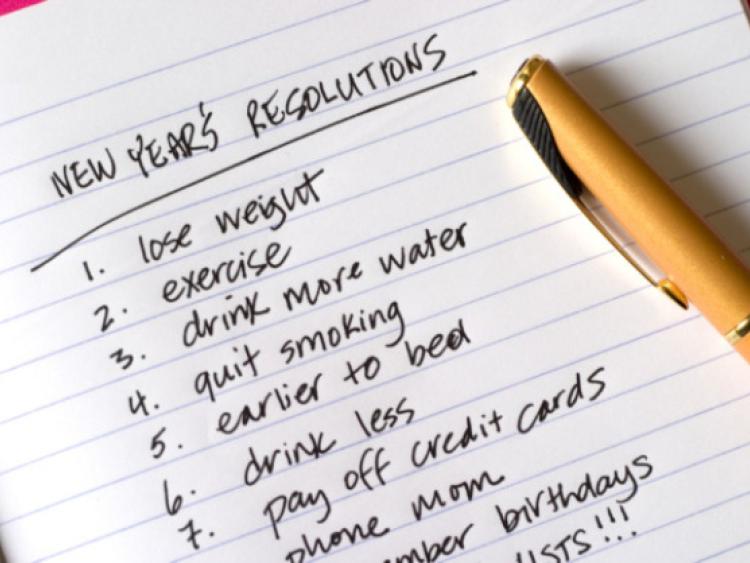 EVERY year, at this time, I drink a cup o’ kindness for Auld Lang Syne. There must be something else in the cup too, because it makes an utter fool of me. I’m so full of bonhomie that people recoil in horror, being unfamiliar with the spectacle of seeing me under the influence of ‘kindness’. Then I go and make the most challenging resolutions that I know in my heart are completely beyond my capabilities, not to talk of my willpower – like climbing Keeper in May and losing a stone in weight before Easter.

EVERY year, at this time, I drink a cup o’ kindness for Auld Lang Syne. There must be something else in the cup too, because it makes an utter fool of me. I’m so full of bonhomie that people recoil in horror, being unfamiliar with the spectacle of seeing me under the influence of ‘kindness’. Then I go and make the most challenging resolutions that I know in my heart are completely beyond my capabilities, not to talk of my willpower – like climbing Keeper in May and losing a stone in weight before Easter.

My New Year’s wishes are even more delusional. They’re all about winning the lottery.

Before the bells ring out at Midnight from the ancient Cathedral of St Flannan in Killaloe, I’m woozy with nostalgia, and before anyone can even say ‘Happy New Year’, I’m reduced to a pulp of honey glazed sentimentality. This year, I find myself misquoting Kavanagh and, in the dying moments of the old year, poignantly crying out: “2014, hold on ‘til I try/To formulate some theory about you...”

Actually, it wasn’t a bad year, apart from the fact that we nearly lost the roof over our heads in the February hurricanes, and that none of my resolutions were fulfilled. It was a wonderful year in fact. I became a grandmother for the first time in 2014, which strangely made me feel young again.

I don’t even know why the passing of one year and the birth of another should make any great difference to me now. I’ve reached the stage in life where one tends to ignore everything that marks the passing of time, including the Gregorian calendar, the deepening furrows on the brow and the indisputable fact that I’ve left it too late to climb Keeper ever again. I’d have to be taken off the face of the mountain in a rescue helicopter now and I’d never be able to live down that ignominy.

At this stage I don’t even acknowledge the fact that, with each passing year, I’m becoming more and more generationally disorientated. I was introduced to a young lady recently and eagerly informed her that I had gone to school with her mother in Nenagh, many years ago. “That must have been my grandmother,” she said, matter-of-factly, “because my mother is from Galway.” Impossible!

Actually, I think it was the release of the State Papers for 1984, rather than the annual cup o’ kindness, that triggered this over-the-top bout of nostalgia this  year.

For a start I couldn’t believe that 30 years had passed since 1984 – 30 years of New Year’s resolutions that never really got off the ground. I should be close to human perfection by now, and rolling in dosh, if I had kept even half of them. And if I had kept a quarter of them, I’d be a size 6 by now, and  half starved.

The annual release of the State papers is usually a source of great annoyance to me. People, who don’t have the historical skills to evaluate the contents, tend to judge the times through the prism of the present, and sometimes they make me feel like a veteran of the Dark Ages. This time I tried looking through the prism of the present myself and was tickled pink to read that back in those cash strapped days, when we seemingly had endless supplies of water and no leaks, we were planning to sell drinking water to the Arabs. I have no idea why it took 30 years before we realised that we could raise even more money by selling it to ourselves, albeit with a bit more hassle.

I remember those days very well, because there was a member of the Saudi royal family living just down the road from us. He came with his entourage to his Killaloe residence at Fort Henry every May reportedly to enjoy the pleasure of the rain and the dreeping hedgerows. It drove the farmers mad to hear of such folly. He was the first man in Killaloe to have electronic gates fitted. Now they’re all over the place. We couldn’t get our heads around the idea of having a rain worshipper in our midst at the time, but we couldn’t help wondering either if there was any way of exploiting the cloudbursts that seemed to be forever causing misery in our lives. Maybe that’s where the idea was born. Lucky for us, though, that the plan never materialised or the country would have been drained.

But enough of this sentimental humbug! My New Year’s resolutions are to lay off the cup o’ kindness on December 31 in future, and maybe do a parachute jump for charity in the summer if I can find someone who will hold on to me on the way down. In the meantime I wish you all a very happy and a prosperous New Year.