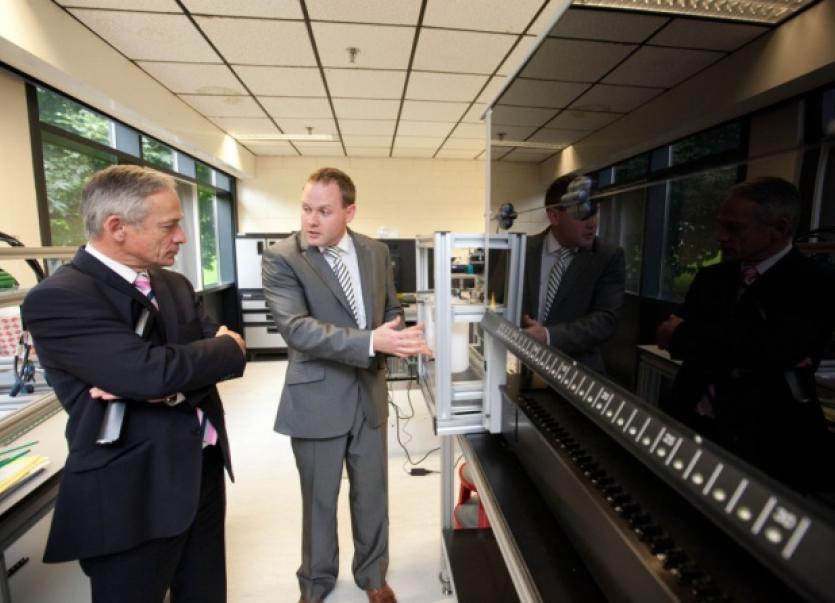 A BIOTECHNOLOGY company founded by Limerick man Kieran Curran has been snapped up for $150m by a US firm.

A BIOTECHNOLOGY company founded by Limerick man Kieran Curran has been snapped up for $150m by a US firm.

GenCell Biosystems, a company based in Raheen with offices in the US, was acquired late last week by Becton Dickinson, a company listed on the New York Stock Exchange.

GenCell was founded just three years ago by Mr Curran, 34, from Ballyclough, who graduated from UL with a degree in mechanical engineering and a Ph.D. from the Stokes Institute, the high-tech centre of excellence located within the campus.

The company, which employs 60 people at its base in Raheen Business Park and offices in Wisconsin, have developed state-of-the art sequencing technology that maps DNA.

Mr Curran has described the company as “a fast-growing biological testing instrumentation and life sciences company” and speaking recently in UL, said it was operating “in one of the hottest technology arenas there is in biology”.

While declining to reveal the exact purchase price - reported to be in the region of $150m - the Limerick man said the sale represented “a good outcome for founders, investors and staff”.

Mr Curran, who went to school in Crescent College Comprehensive, said he planned to stay on with the company as Ireland director of genomics and stressed that Becton Dickinson - worth around $24 billion - was committed to Limerick and would invest further in the operation here.

GenCell was backed by Enterprise Ireland and a number of investors worldwide to develop its technology.

GenCell emerged from Curran Scientific, the businessman’s first company. His family owned a manufacturing operation based on the Childers’ Road called Curran Engineering.

“Eventually we got something that was novel and applicable to the realm of biotech,” he explained at a seminar in UL earlier this year.

The company developed a machine that prepares DNA for sequencing, technology that has uses in the areas of human, animal and plant health.

“It is a machine, developed and built 100% in Raheen. It does something a little bit special, it takes DNA from a human, an animal or plant and it dices it up and prepares it for sequencing in the highest throughput fashion that is available in the world.

“I feel we have much, much further to go - there are applications in this arena beyond just conventional genetic testing. It goes into blood screening, which has enormous purpose as well as technical challenge,” he explained.

“Our plans are to establish a diagnostics business out of our Raheen base into next year and that really will add to the head count in GenCell and we are excited about that prospect,” he added.