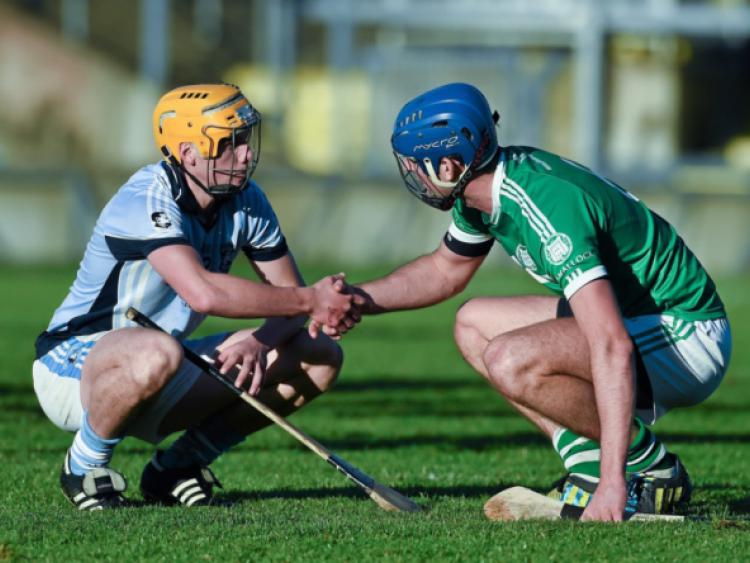 The unpredictability of sport is its magic.

The unpredictability of sport is its magic.

Last Sunday in the Gaelic Grounds Kilmallock rank outsiders, produced a display of real character to see off what was a tame challenge from title holders Na Piarsaigh in the senior hurling final.

This win will live long in the memory of Kilmallock and for me it will rank with any of the ten titles they had won coming into the game. Over the past couple of years Kilmallock have lost players. It was generally felt they were not the team they once were but when it mattered most last Sunday they had men on the field that were prepared to battle a great deal harder than Na Piarsaigh.

Hurling has a way of providing hope for every team and even the greatest favourites are beatable.

The browning of the leaves brings with it a different type of hurling but that might be a lazy and simplistic way of describing this County final because in reality it was simply that Kilmallock were the better team on the day.

Small things suggested this before the game, Kilmallock were quiet in their build up but on the day itself I could see real determination on the faces of the players. In the warm up they were sharp, focused and gave the message that they were ready to battle.

From my stand point it looked like Na Piarsaigh were waiting for things to happen instead of making them happen. Given the players they have losing this game will be a major disappointment to them.

Some of those players never showed up and for the most part they were out hurled, out muscled and outsmarted by a Kilmallock team that were very well prepared by Ger O’Loughlin.

Kilmallock unlike other years hadn’t too many to call upon and knowing that requires those on the field to really deliver.

Na Piarsaigh could have fielded a second team last Sunday with the quality of their subs but such riches can often provide more problems than answers. Na Piarsaigh I feel also lost the battle on the sideline.

What I liked most about Kilmallock was that they worked so hard as a team, they knew what Na Piarsaigh had to offer but despite this Kilmallock showed them no respect and set about winning this game from the opening whistle.

Na Piarsaigh had no answers to the hunger and passion expressed by Kilmallock, at times they looked mediocre and their first touch was not what we know it can be. Deep down Na Piarsaigh would have felt they had the beating of Kilmallock and such aspirations are only right and proper but they never brought the desire to match their aspirations.

Kilmallock set about winning this game early, they were 1-3 to 0-1 up after five minutes and those early salvos provided the foundation for their latest success.

Winning County finals requires some players to stand tall and in this regard Kilmallock had a few that just took the game by the scruff of the neck. I thought Gavin O’Mahony was outstanding and never once allowed David Breen control the game from centre back.

O’Mahony scored but it was his work rate and leadership that played a key role in the title going to Kilmallock. Others like Kevin O’Donnell were not far behind while Philip O’Loughlin and Bryan O’Sullivan were really solid. In the forwards Graeme Mulcahy and Eoin Ryan were much to the fore but I also liked how Robbie Egan played, he played for the team and his work rate was immense. Barry Hennessey was also in superb form in goal. Hennessey is a dedicated player and deserves a chance at the higher level. Will he get it?

Kilmallock should have been well out of sight at half time, they were ahead 1-9 to 0-5 but had they taken the other chances they manufactured they would have secured the win much earlier.

That early goal by Eoin Ryan was to prove a crucial score, he had a fair bit to do with it before scoring but as he shortened the hurley you could see goal written all over it.

Just before half time Kilmallock were reduced to fourteen men when Liam Walsh was sent off on a straight red. Walsh and Kevin Downes had become entangled and it was Downes who delivered the opening blow and Walsh reacted. Walsh could have few complaints but in his defence he is not a dirty player. His reaction was out of character for him. I will agree that Liam Walsh’s swing looked bad but he will know that once the hurley was used he had little chance of staying on the field. Knowing Kevin Downes I think he would be the first to come to the defence of Liam Walsh.

Na Piarsaigh now a man to the good and with the wind at their backs for the second half looked like they had got the break they so badly needed.

The forwards would enjoy more space but to Kilmallock’s credit they showed some steel in the way that they sniffed out the challenge of Na Piarsaigh in that second half.

They never allowed the champions gain momentum and when they did score they replied and thus curtailed the oxygen supply for the entire game.

Both teams were down to fourteen men when Kevin Ryan was shown a red card for a challenge on Eoin Ryan.

At that point Na Piarsaigh while struggling were showing signs of working their way back into the game but when Ryan pointed the resulting free it further enhanced Kilmallock’s chance of causing a major upset.

Na Piarsaigh did land three points in a row nearing the end but it was too little too late and you got the feeling that no matter how long it went on Kilmallock were still going to win it.

Few expected Kilmallock to win and if they are honest even some in the Kilmallock set up didn’t expect to win at the beginning of the year.

The sparrow has landed and in that I think Ger O’Loughlin did an outstanding job in getting this team into the winner’s enclosure.

O’Loughlin went about his business in a quiet way and with little fuss won yet another championship in Limerick. You could see he was in control and the players responded to him.

He knew his team and got the best from them and that’s the sign of good manager.

Kilmallock winning will provide hope to other clubs in Limerick and that can only be good for the game locally but all will be well aware that Na Piarsaigh haven’t gone away and I expect them to further embellish their trophy room in the future.