Don’t Mind Me: ‘A brave new world with my TV companion’ 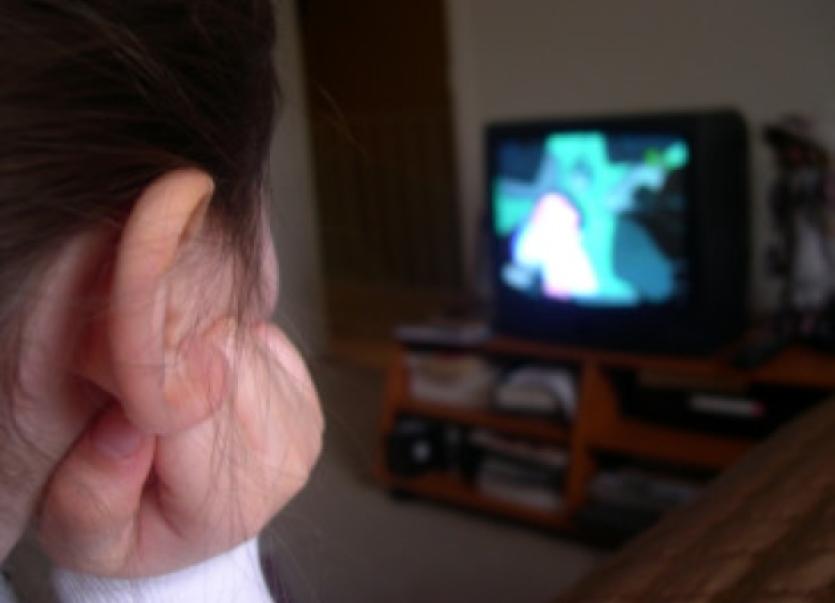 ON Friday night, after a fierce gust of wind, the television went on the blink. Oh brave new world, I wailed, as I stared at the fuzzy screen, waiting for a  miracle.

ON Friday night, after a fierce gust of wind, the television went on the blink. Oh brave new world, I wailed, as I stared at the fuzzy screen, waiting for a  miracle.

The husband had gone to the pub to play cards, which, because of the amount of concentration that particular pastime demands, is, in my humble opinion, every bit as anti-social as sitting alone in front of the telly on a Friday night with a glass of red wine in one hand, a book in the other and the wind howling outside. Whatever about the fuzzy screen, my conscience was clear!

Nevertheless, I found myself in a state of inexplicable panic when the world cut me off. So isolated did I suddenly feel that I ran outside in the teeth of the gale and shone a torch at the roof to see if the aerial had withstood the hurricane  blast.

Relieved to find it still there, I then rang UPC to find out if Keeper Hill had survived the threat of having a wind farm planked on its heathery slopes. I was always under the impression that only for Keeper, we’d be lost, but apparently the digital age has played havoc with Keeper’s status as a signal provider. The nice lady from UPC thought I was hallucinating.

Anyhow, alone and vulnerable, I switched off the set and pushed various connections further into place at the back, as directed by the UPC lady. I then switched it on again and all I could get was a terse message ‘weak or no signal’. Where the hell did the signal go, I wondered. It was there an hour ago. The nice lady said she’d send out a technician on Monday. Monday? I’ll be dead from sheer loneliness and isolation by then, I thought. I grew up without a television in the house, and should have retained some survival skills from the past, but we were made of sterner stuff then and deprivation didn’t bother us too much.

Next day, one of my daughters called and pressed a button on the remote control and miraculously retrieved the signal. Despite my protestations that I was reading a book and didn’t even have the remote in my hand when it went fuzzy, she said I MUST have hit a button inadvertently and dismantled the connection. She also thought that my reaction was a bit OTT.

“You don’t even look at the telly that much,” she reminded me.

True, but it was the company I missed. Some of us have become so disengaged that we regard the telly as a companion. We don’t feel so alone when it’s switched on.

A recent survey in Britain has revealed that older people in particular report that the television is now the principal company they enjoy. No fewer than five million of them told the Department of Health that the TV set was their main companion. Somehow or other, and mostly through no fault of their own, they had become disconnected from humanity in this increasingly fragmented society.

An epidemic of loneliness among older people who are living longer and who are not as mobile as they once were, is sweeping the land, and I haven’t a doubt in the world but that the same epidemic has long since reached our shores. It would therefore come as no surprise to me at all to learn that most of the people who admit to being lonely in their old age depend on the television set for company. I actually like being alone – sometimes – but even I was in a panic when the TV went on the blink.

Loneliness is particularly prevalent in rural Ireland where physical isolation is the main factor, but it is certainly no stranger either to the urban scene.

This is a terrible indictment of our age and our society and should be dealt with forthwith. The TV set is no replacement for human contact and it is certainly no panacea for the feelings of isolation and loneliness among the elderly in particular, which are threatening the health of the nation.

It was a funny coincidence that on the night when I lost my TV signal, the much vaunted ‘One Young World’ global summit was drawing to a close in Dublin, promising a better future for everyone when the youth of today get to rule the world. A couple of things however brought out the cynic in me.

Most of the young delegates were sponsored by multinational capitalists displaying their conscience to the world, and quite a few of them were so busy taking selfies that they couldn’t possibly have had their eyes on the future. As well as that, not one of the ‘elders’ at the summit, not even Mary Robinson or Bob Geldoff or Enda Kenny, had the gumption to tell the young leaders of the future to go and visit their grannies more often so that they wouldn’t have to be relying so much on the telly for companionship in this brave new world.