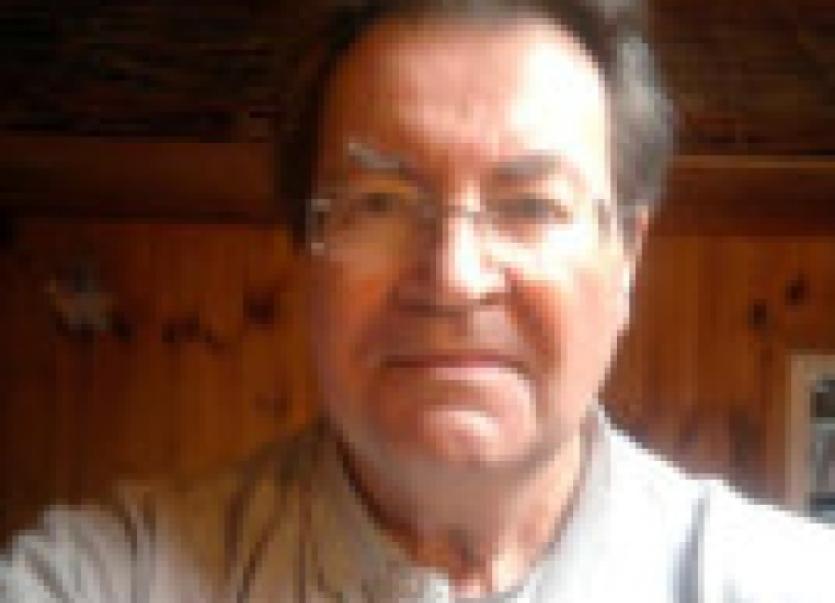 Originally, from Somerset in England I went to a two teacher village school complete with gaslights and lots of singing.

Originally, from Somerset in England I went to a two teacher village school complete with gaslights and lots of singing.

Later, I attended a brand new co-educational grammar school in Keynsham which is today a big comprehensive. From there I went to the University of Leicester and since I was good at French that was my chosen subject. After graduation I read for an MA at Sussex University. Myself and my wife, Cathie, came to Limerick in 1976. Actually, we had been in Sudan for three years, from 1972 until 1975 where I was teaching at the University in Khartoum. After a year doing an MA at Lancaster in Educational Research, I was on the lookout for a job, eventually finding one advertised for the newly founded National Institute for Higher Education (NIHE). Being inveterate travellers we gave it a go and I got the  job.

I belong to that post war generation which benefited from the 1944 UK Education Act, giving free schooling to all 18 year olds and generous grants to university students.

As my education cost my parents nothing in fees, like many of my peers, I was the first person in my family to go onto third level. For us, and certainly for me, it was a huge opportunity to join a world which, up until the mid-fifties, and maybe beyond, had been almost exclusively the domain of the moneyed classes. French was my subject but it could have been another language or even English. Although, such choices are often accidental French appealed to me from the very first time I went on a school exchange at the age of sixteen. I was hooked and couldn’t wait to go back.

It was not until I was well into my final year at Leicester that a real interest in ideas and literature made me want to take it further.

It was the reading of Sartre’s novels that made the connection for me between literature, art and my own life experiences. Learning another language to a level where you can appreciate its cultural output is rewarding in itself. It does not matter if that language or culture is French or Japanese. All cultures are equally relevant and reward those who spend time trying to understand them.

My time as a trade union representative certainly made me realise that a participatory society was worth working towards. That said, it won’t happen unless we are ready to do something about it as individuals. Therefore, I have to admit that I no longer feel optimistic about the possibility of collective action producing a more equitable society any time soon-although, that might just be my age showing. Just like it was, perhaps, for the mythical King Sisyphus whose struggle always had to be renewed after each successive failure. It might be futile but we have no other choice. I suppose that is a kind of dour optimism in itself.

Everybody wonders what their lives would have been like if other choices had been made and I am no exception.

But I have a feeling that I would always have ended up as a teacher. It just might not have been of French. I have been retired now for nearly five years and while my professional contacts have faded away they have been replaced by more familial activities, centred on our sons and our grandchildren, who all live within the Limerick area. In that we are blessed and as Napoleon’s mother famously remarked: “Pourvu que cela dure!” (Let’s hope it lasts!).

Since my retirement one thing that has increasingly occupied my time is music.

I took up the Saxophone and more recently went back to playing the Trumpet. There is a vibrant group of keen Jazz players led and taught by a group of local professionals who come together in the Limerick Jazz Workshop every week. Also, the Limerick Jazz Society, essentially the same group of people, recently got a Jazz Festival off the ground and the third festival, this September; looks certain to be the best yet. I have, also, joined a singing group which even performs now and then. It is surprising how singing raises the  spirits.

I have no illusions about academia.

Indeed, academics are no better than anyone else. Being cultured or highly educated does not make you a better person. Examples are legion. But we do need scientists, researchers and thinkers to apply their skills to push the boundaries of knowledge and its applications. At present the debate about the relationship of our universities to business and industry is again in the air. Universities are part of society and must contribute to its economic development; but the arguments about the value of pure research in areas where the payback is not immediately obvious are as valid as ever. Being an academic is a privilege. For me, it was a good life for which I am eternally  grateful.

Gardens, reading, music and granddaughters are my priorities today.

As for the future we intend to travel further afield now that Cathie is retiring as well. We shall continue to go to France very often but I do not think we will ever live there permanently.

However, I prefer France to England these days.

At nearly forty years distance the UK seems less familiar to me today. Nonetheless, I continue to be fascinated by the way different systems produce different attitudes. For example, despite enjoying a revolutionary reputation, acquired a long time ago, in reality the French are very conformist, at least in comparison with Ireland. It is a situation which comes with certain advantages and disadvantages. There are so many aspects to France that can be observed and enjoyed just as there are in most other countries. For the foreseeable future, however, we will stay in Ireland. It is our home!

To discover more about the Limerick Jazz Workshop please see: www.limerickjazz.com/workshops. For more about languages at the University of Limerick access see www3.ul.ie/llcc/