Newcastle West five-year plan gets off to a positive start 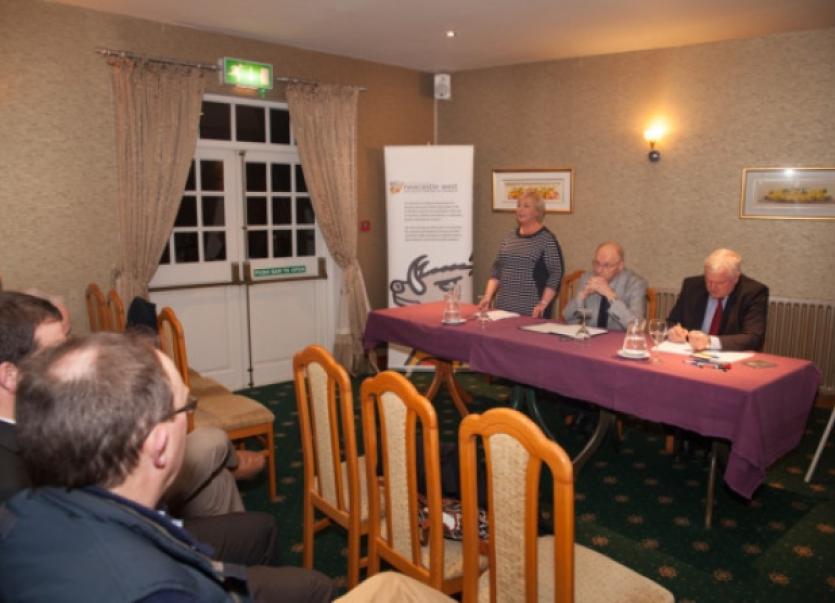 THE first steps in devising a comprehensive five-year plan for Newcastle West got off to a positive start at a well-attended meeting in the town last Thursday.

THE first steps in devising a comprehensive five-year plan for Newcastle West got off to a positive start at a well-attended meeting in the town last Thursday.

Almost 100 people, representing organisations, groups and businesses in the town came together for a working meeting where a brain-storming session was led by community activist and Limerick Gathering chairman Donal Fitzgibbon.

”We were very happy with the numbers and the feedback has been positive,” Michael Finucane, chairman of Newcastle West Community Council said. “It was a constructive meeting and I think there was a genuine appreciation that the community council and the Newcastle West Chamber of Commerce had come together to organise it.”

Ann Liston, Chamber of Commerce president was equally upbeat. “There is no point in saying we tried that before and it didn’t work,” she told the Limerick Leader. “A new group of people might be able to take the ideas from the meeting and bring them to the next level.”

A key part of the meeting involved people breaking into smaller groups to come up with ideas or suggestions to tackle issues in the town or to enhance life in the town.

And there was no shortage of suggestions.

A Task Force to revive Bridge St and Maiden St was one of the first suggestions made but others included rates incentives, new parking initiatives and an industrial strategy to entice new industries into the town’s industrial park. On the tourism side of thing, suggestions included networking with tour operators, improved signage and parking for tour buses.

Promoting the Desmond Castle as a visitor destination and a centre for medieval-style markets and fairs was also suggested as was promoting the Great Southern Trail. Developing river-based activities such as fishing and canoeing also got an airing and there were calls for a tourist office for the town, a Ballygowan visitor centre and a theatre, museum and cinema.

The next step, Michael Finucane said, would be to group the various suggestions under headings and for the two organisations, the community council and the Chamber of Commerce, to meet “to discuss where we go from here.”