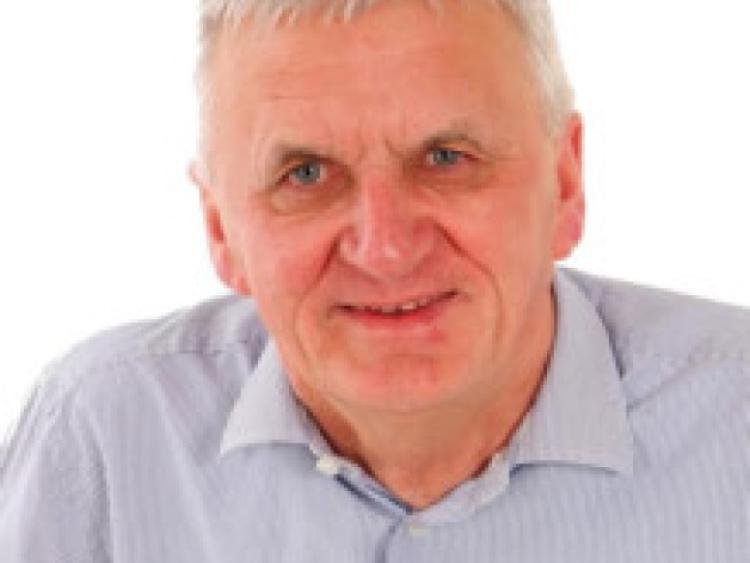 Born in Limerick city, I left in the late 1970s to work with public library services in various parts of the country.

Born in Limerick city, I left in the late 1970s to work with public library services in various parts of the country.

Originally, I went to St. Patrick’s National School on the Dublin Road and then to St. Munchin’s College. Later, I studied Librarianship at UCD. Recently retired as Chief Librarian with the Galway City and County Library Service, I have been assisting my sister, Marie Gough, in the running of Quay Books, in the Arthur’s Quay Shopping Centre.

The murmuring afternoon quiet of the old City Library in Pery Square really appealed to me.

I joined the library when I was still in third class in primary school and I have fond memories of the place, the quality of the light as it slanted through the windows in the evenings and the old men sitting and browsing in the newspaper reading room. I can still remember the old creaking floorboards breaking the quiet and the aroma of the books. I loved that library and I still love books, libraries and bookshops.

As county librarian, I was involved in many cultural and educational activities from the Cúirt International Festival of Literature to the Inishbofin Arts Festival.

Today, however, I am totally absorbed in the challenges presented by the Quay Books project. Indeed, I am delighted that my sister has given me the opportunity to remain involved in the world of books. As well as supplying a general stock, we try to be eclectic, offering the unusual and the offbeat. Visitors will find some interesting imports, especially some beautiful American editions of poetry and short classics. Although, we are a small space we try to have a lovingly selected book-stock at good prices for our readers.

Just like many others, I am fascinated by the idea that the whole universe might be fitted into just 26 letters.

A few years ago the Turkish writer, Orhan Pamuk, recalled that he spent one whole summer reading and re-reading Stendhal’s Charterhouse of Parma. As he was carrying the book around with him, he found himself asking many times, why he was experiencing such pleasure, just knowing, that this book was at his side. Pamuk discovered, that in reading the book, he; “experienced the joy of youth, the will to live, the power of hope, the fact of death, and love, and solitude.” That is why people love, and will always love, books. A wondrous novel becomes an integral part of our lives and the world around us.

No writer grows up without some experience of vulnerability.

Shortly, after he died a female journalist with a Madrid newspaper, reflecting on Frank McCourt’s life-story, said that we should never forget the idea that education and humour can rescue us from degradation, and can also rescue us from a disaster that sometimes seems inevitable. One would hope, that one day, we will have an education system, made up of teachers and writers, which puts books and poems into the hands of young people in a meaningful way. Books really are the most amazing beginning of freedom and brotherhood.

Recent years have not been easy for those involved in the world of books.

We need to see our children and young people becoming addicted to books, bookshops and libraries. We need writers, as well, of course. In this regard, it is a pity, due to illness, that Edna O’Brien was unable to attend the recent Kate O’Brien Literary Festival. She always reminds us that reading a book, or a poem, or seeing a great piece of drama, is a private transaction between two people - the creator and the receiver. That should not be forgotten, today, when so many people think that you can just fling down language on a page, and it sells. Edna O’Brien reminds us: “it is purgatoria and inferno to write a book, and to keep writing.”

For 17 years UNESCO has celebrated World Book Day on April 23.

Today, the power of books is marked in more than 100 countries. The idea originated in Catalonia where it has been traditional since the medieval era, on St. Jordi’s Day, for men to give roses to their lovers and for women to give a book in exchange. At Quay Books, in the Arthur’s Quay Shopping Centre, the day will, likewise, be celebrated with books and roses, culminating at 7.30 pm, when the Limerick Writers Centre (LMC) will present a special reading of poems, many from Catalonia, and run a special open Mic about the day in verse.

One of the most influential persons in my life was the teacher that I had in fifth and sixth class in St. Patrick’s NS.

His name was Tadhg Kelly. One November day in 1961 (or 1962) he recommended a book of English essays to us. He just recommended the book but I don’t think he expected many of us to actually buy it. I remember going home that evening and asking my mother if she would give me the four shillings to buy the book. Money was very tight in our house and she was at the kitchen table, making an apple tart. However, without a moment’s hesitation she found the four shillings for me. I remember getting on my bicycle, and cycling along the Canal Bank, (we lived at the head of the canal), then along the mall through a November fog, up Patrick St. and O’Connell St. to O’Mahony’s. I came home with that book. Today, I often think of the late Tadhg Kelly. I have been to secondary school, university and to various national and international seminars and conferences, but it is what I discovered in fifth and sixth class at St. Patrick’s NS which will remain with me, forever!

World Book Day will be celebrated in Arthur’s Quay Shopping Centre on April 23. This event is in association with The Limerick Writers’ Centre. For more information please see the websites: www.limerickwriterscentre.com and www.facebook.com/Quaybookslimerick