JP McManus golf classic that raised millions ‘not going ahead’ 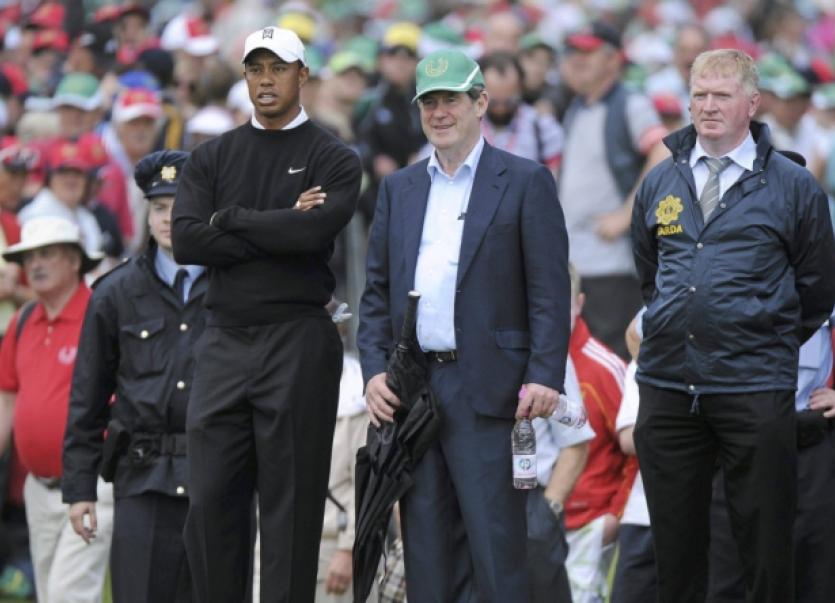 THE star-studded JP McManus Invitational Pro-Am golf event, which raised €43 million for local charities in 2010 – the fifth time it was held in Limerick – is not going ahead next year.

THE star-studded JP McManus Invitational Pro-Am golf event, which raised €43 million for local charities in 2010 – the fifth time it was held in Limerick – is not going ahead next year.

The decision is understood to have been made in recent days by the 63-year-old Mr McManus after he held meetings with close associates involved in the running of the event.

The two-day tournament has previously attracted the best golfers in the world to Limerick, including Tiger Woods, and many celebrities including Hollywood stars Michael Douglas, Samuel L Jackson and Hugh Grant. It has raised huge sums for local charities, and is one of the biggest earning charity golf events in the world.

“A huge factor is the time JP is here in Ireland – that is the big sticking point,” one of the committee involved in the organisation of the pro-am confided. “He puts his heart and soul into this event, he is the driving force behind the pro-am, and it takes so much organising. The general public don’t realise the amount of work behind the scenes he puts in,”

Under tax residency laws Mr McManus – who will celebrate his 64th birthday in March and runs his hugely successful business from Geneva – must spend less than 183 days in Ireland.

It is now very doubtful that the event will be held again. After it first first staged in 1995, it took place every five years thereafter and hopes had been high that the next tournament would take place in 2015.

One hope is that one of his family members would take up the mantle in the future, but this appears unlikely, as they do not have the same personal relationship JP has built up with the top golf professionals over many years.

“The problem is that this is JP’s baby. He has a very personal relationship with the likes of Tiger Woods and Padraig Harrington,” added another volunteer involved in the event.

“They come because of their relationship with him. It would be very hard for anyone else to follow in his footsteps.” In 2010 the pro-am was a huge success with 80,000 people attending in Adare Manor Hotel and Golf resort, including 14 winners of golf majors, and a string of international celebrities.

The knock-on effect from the event cannot be underestimated as the €40 plus million was pumped back into the local economy mainly through capital projects which involved building new state-of-the-art facilities for different charities.

Asked previously when he came to Limerick for the event, Tiger Woods said: “JP – we are here for JP. That is why we have come.”

The news will be met with huge disappointment, not just by golf fans, but by the local organisations, who have benefited so much from the event.

Lynn Buffington of the Mid West Spina Bifida & Hydrocephalus Association, represents one of the hundreds of charities to benefit over the years. “I have been in the fundraising game from many years, and I don’t know any charity in this region that has not benefited significantly from JP McManus and his team who run the classic,” she said. “Limerick has been the envy of every county in Ireland. When I go to meetings in Dublin and elsewhere they all say we are so lucky to have someone like JP ... there are a lot of millionaires out there but they don’t do what he is doing,” she said.

“Last time we got €400,000 and would not be in this building only for JP. We look after 100 families in Limerick, Clare and North Tipperary. Previously we got another €400,000 for another project,” said Ms Buffington.

In November 2012, Mr McManus was asked in an interview with Leader editor Alan English, whether or not the event would go ahead in 2015. “It takes an enormous amount of time and now we have less time than we had a few years ago – the rules have changed,” he said. “It used to be nights in the country – now it’s days. So if I come in at seven o’clock and go out at seven in the morning that counts as two days here. Once you’re here over midnight, it counts as two days. Before, it was one. They have to do whatever they have to do, but I don’t know how much they achieve by it.”