Have we really ‘disgraced ourselves again’? 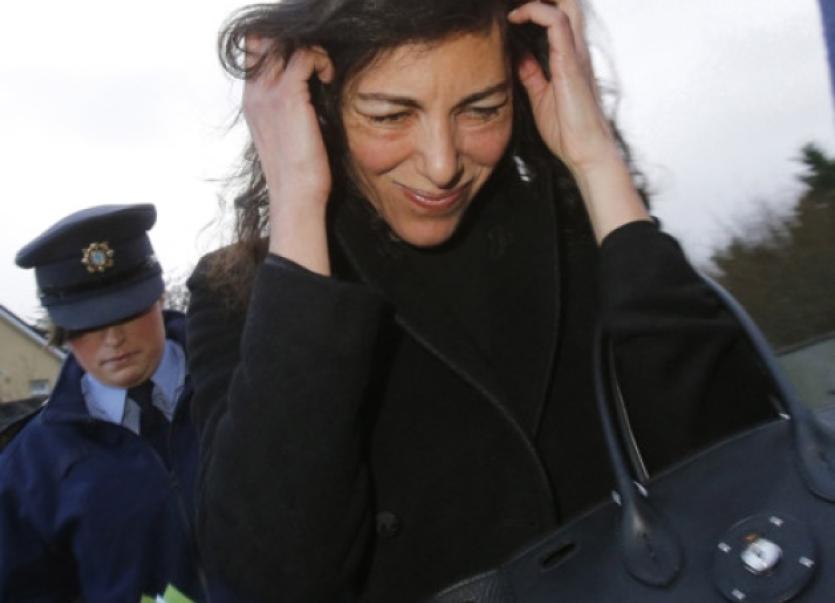 THE law really is an ass! When it’s not flaunting its majesty in horse hair wigs and silken gowns, and strutting around some imposing colonial edifice with a Grecian facade, it’s sitting, officially, in the local pub.

THE law really is an ass! When it’s not flaunting its majesty in horse hair wigs and silken gowns, and strutting around some imposing colonial edifice with a Grecian facade, it’s sitting, officially, in the local pub.

Only joking! To borrow a phrase from William Butler Yeats, I don’t think we’ve “disgraced ourselves again” by hearing last week’s air rage charges against Jenny Lauren in the “Brian Boru on the Hill” pub in Ballina. According to the national media – that self appointed custodian of our morals and our global image - we’re the laughing stock of the world now. I don’t think so. The world, by all accounts, was hugely disappointed when it saw the pictures of the tasteful, modern premises with its purpose built function room and would have preferred if it had been a shebeen.

Some of our own giddier commentators got carried away with the story, claiming that Jenny burst into tears when she saw the ‘courthouse’. If she did, I’ll bet that they were tears of relief that the pomp and ceremony with which we usually administer law in this country, was entirely absent. They could have taken her to Nenagh and shown off the imposing Grecian façade there, and she’d have been really intimidated. Anyway, who is Jenny Lauren and why did we have to deal with her in the first place? She didn’t break any law in this land, and surely it’s not our problem if a whole plane full of people couldn’t control a woman shouting obscenities because the recliner didn’t work on her seat. Why didn’t they tie her to the seat and gag her. The bottom line is that we should have told the tiresome airline to buzz off out of our air space. We had five tragic murders in a week to deal with.

Jenny on the other hand couldn’t buy the publicity she got. No-one had heard of her before. Now everyone is talking about her jewellery. I looked it up myself and, although normally I don’t even like jewellery, I was enthralled. Please, if any of my friends are going to America in the near future, I don’t want her uncle’s expensive perfume anymore. I want some of Jenny’s intriguing tribal jewellery. “It’s an ill wind . . .” as they say.

One more thing before I get on to the main point of this piece – which is the preservation of the local pub – and that is Jenny’s audacious request to the garda who charged her with the offence to ‘repeat that in English’. Everyone assumed that she was disparaging his accent. American papers said that it was the brogue that threw her. Jenny’s solicitor said she thought she was in Spain. Again I don’t think so. The communications breakdown, I’m convinced, was caused by the legal gobbledygook we continue to use in this country’s legal language - to bolster, no doubt, the majesty of the horse hair wigs and silken gowns. In my former career reporting at courts, you’ve no idea how often I’ve had to ask someone else to interpret the charges. I was often left scratching my head, even in the most summary of cases. I have to say I never came across an air rage charge, but I can only imagine how it must sound when read out.

Now to the real cause of my angst, which is the disparagement of the local pub. I sincerely hope that the court service and the Department of Justice will not over react to the publicity surrounding this case and abandon court sittings in local pubs, or to be more accurate, as in this case, the function rooms of local hostelries.

So long as justice is served, the bar is fine so long as someone doesn’t get carried away and crack open a bottle. It has become a tradition in many places, albeit one that we turned a blind eye to until now. It’s an awful long time now since the court service abandoned the old courthouse in Killaloe – mainly I think because someone kept breaking windows – and repaired to the ballroom of the Lakeside Hotel, where I attended many a memorable court case 30 years ago. The judge at the time had refused to sit any longer in the windowless building, heated only by overhead electric bars that would scorch your brains in an instant, and who would blame him?

I did of course attend courts in even more interesting places, like the old cinema in Tarbert, where, every time you stood up the seat shot up with you, and if you weren’t careful you could hurt yourself sitting down again.

The local pub is the centre of community life for many, although the more righteous among us would prefer if it weren’t. Pubs like many other businesses are fighting an uphill battle to survive, except that they have to face even more daunting challenges than many others.

In many places they are all that rural Ireland has left in the line of community cohesion and if the Government can do anything to help by putting even more public business in the way, they might have a better chance of surviving. They’ve said it themselves. The best way out of the recession is to support local business.

Anyway, as well as publicising Jenny’s jewellery, this whole affair, in my view, has helped to enhance our pricelessness in an age of tedious formality. No disrespect to the law, but we’re more laid back than we think we are, and we shouldn’t ever take ourselves too seriously.