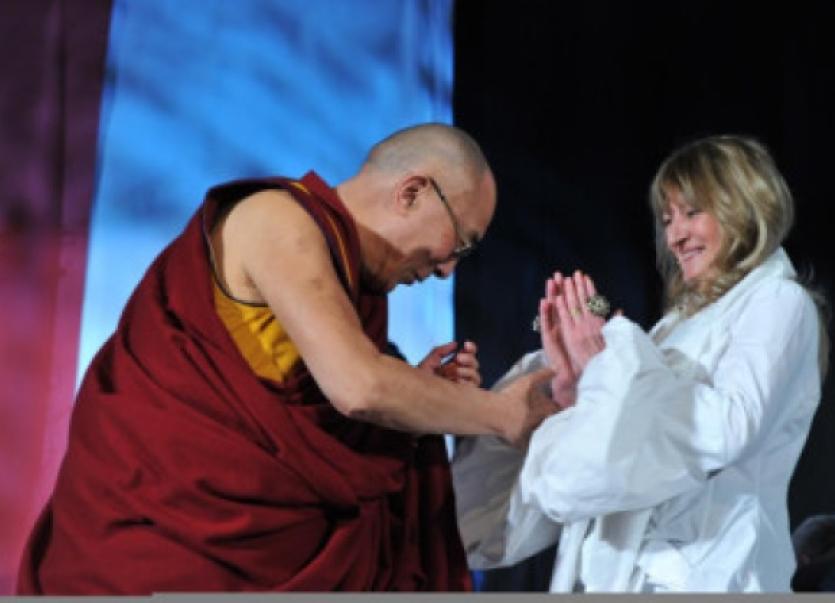 I was born in Caherconlish and my mother always said that I sang before I could speak.

I was born in Caherconlish and my mother always said that I sang before I could speak.

I always loved singing for the healing powers that it bestowed and for the good of it all. Researchers now tell us that singing is better for us than either chocolate or sex.

I went to Primary School in Caherline, where my mother was a teacher, but it wasn’t always easy being a teacher’s daughter. My secondary school was at a boarding school in Dundalk where my aunt was a nun, again not easy being Sr Rumold’s niece either.

At University College Cork (UCC) I studied music and loved it there. My Doctoral studies were spent in Mary Immaculate College (MIC), Limerick

Singing will always be a very important part of me.

Today, however, I simply love teaching whether at the University of Limerick (UL) or offering workshops here in Glenstal. It is such a privilege to see people come alive to the world through song.

When I was in UCC, a musician, Pilib O Laoghaire, taught me many, sean-nós/traditional songs. Among them, was a hymn to Mary, which I loved from the very first sound of it. That hooked me and off I went collecting any religious songs that I could find.

Then, to cut a long story short, I began singing those same songs with the monks of Glenstal Abbey, which in turn led to our recordings from 1980 onwards.

Up until now I have recorded at least a dozen recordings and as many more collaborations on other people’s discs.

It is difficult to name a favourite because I always wince when I hear my own voice coming back to me so I rarely listen back to recordings.

But our very first recording, (Caoineadh na Maighdine/The Virgin’s Lament), with the monks was lovely and caused quite a stir when it first came out in 1980.

It involved nearly all first takes, no doctoring of the sound. I have also recorded with my two sons, Eoin and Moley, and we have just released a new CD called Hearth Songs.

My parents were my true inspiration.

They were so worn out from listening to me singing non-stop in the back of our car that they decided to send me into Limerick for singing lessons. And that was to the legendary teacher, then Mary McDonagh, now Mary Fulham.

So every Wednesday afternoon after school, for five years, from the ages of seven until twelve, my mother would take me into Roches Street and over McDonagh’s shop, Mary and I would sing our hearts out.

In no time, she had me winning all around me in Féile Luimní. I have had dozens of other inspirations over the years. Early on it was Julie Andrews.

If I was not a singer I would have loved to have been a midwife.

Just imagine being the first person to cradle a new-born baby, and to whisper to her: You are blessed, Fear not now, God herself will mind you.

Then, to have the greatest privilege in the world: to hand the little one over to its mother and father who will mind him for the present until he/she can fly the nest. And I would recite to the parents there and then the great Rumi poem: Your children are not your children.

However, only two or three melodies have ever come to me for a poem. One was a setting for W.B. Yeats’s The Lake Isle of Innisfree, when Mícheál Ó Súilleabháin and I took the two lads on a boating holiday on our magical River Shannon.

A tune suddenly ambushed me but I am sure that it was the Goddess Sionna herself who composed it and I suspect that song-writing was never her forté.

Sinéad O’Connor is such an important voice in our present culture.

She once named me her ‘heroine in music’ while comparing me to Whitney Houston which I loved. I have sung at four of the five UN summits, in Beijing, Costa Rica, Brazil, and India – where I was cultural exchange between the Irish and Indian governments on three separate occasions.

I also sang three times for His Holiness the XIV Dalai Lama, entertained for both President Mary Robinson and President Mary McAleese on various state visits and sang for President Clinton when he came to Limerick. I have also had the pleasure of performing on stage in Los Angeles with Anjelica Huston, Gregory Peck and Gabriel Byrne.

Glenstal Abbey has played and is playing a huge role in Irish spirituality.

More and more people are flocking here because of the beauty of the liturgy and the chant, the marvellous natural sanctuary which it is and the courses and workshops which we offer.

Ever before the monks inhabited this land, there was an innate sacredness to the estate. There is a primeval oak forest, here, one of only two remaining in Ireland; a poignant Mass Rock, marking the excruciating Penal Laws of the 17th-18th centuries stands deep and lonely in the glen. Add to this, the fallow deer, red squirrels, swans, ducks and living trees.