Limerick school looks to the future with iPad initiative 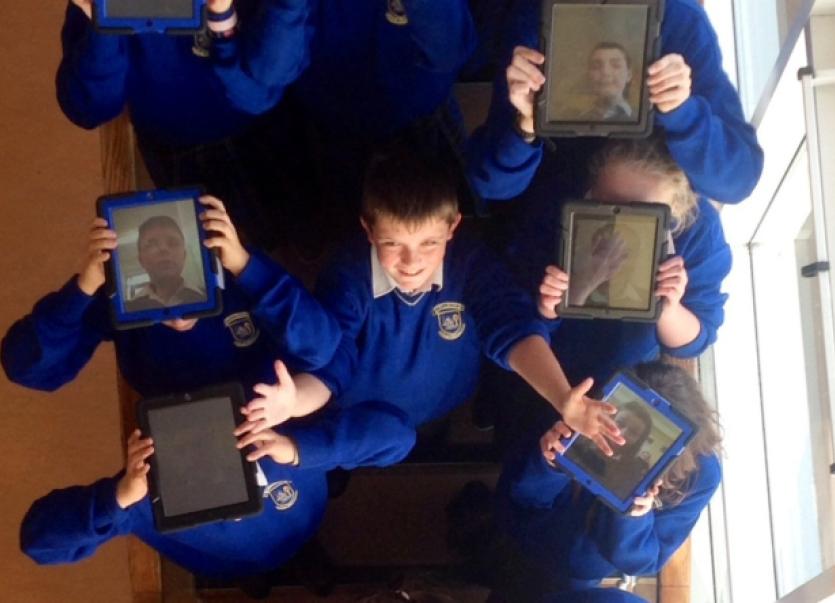 ENSURING that they are at the cutting edge of modern learning, a County Limerick secondary school has rolled out a new educational initiative which sees first-year students using Apple iPads as part of their day-to-day academic experience.

ENSURING that they are at the cutting edge of modern learning, a County Limerick secondary school has rolled out a new educational initiative which sees first-year students using Apple iPads as part of their day-to-day academic experience.

A total of 73 students from Coláiste Iósaef in Kilmallock are using the computer devices to assist and supplement their classwork.

“Most schools have textbooks on the iPads but our parents made the decision to keep textbooks, which I fully support, so each student use their iPad as a kind of digital schoolbag,” explained Sean Twomey, school principal.

“In this schoolbag, they have access to creative, organisational and investigational tools. It’s therefore replacing the note copies and encyclopaedias of past generations.” Mr Twomey explained that the initiative works on a voluntary sign-up basis.

“Initially, I had hoped that maybe one whole class would sign up to use the iPads but the response was almost universal - parents want their children to be at the cutting edge of student learning.”

The initiative, he said, wouldn’t be possible without the parents association who have supported the initiative and helped secure a reasonable financial approach to the cost.

Eoin Shinners, who teaches IT at the school, described the use of iPads as “a great opportunity for our students”.

“They allow students to create, demonstrate, collaborate and publish, all of which makes learning active and alive.

“Also, the reality is almost all jobs will involve the use of a tablet PC in the future, from a doctor to a mechanic, so as a school we are preparing them for that future.”

When asked what he thought about the iPads, first-year student Jerry Quaid said: “They help us to learn because there are loads of apps for the different subjects to test learning.”

Ellie McCann added that the iPads “are great for educational use but also to help us to stay in touch with teachers notes and stuff. So far we use them in at least four subjects a day.”