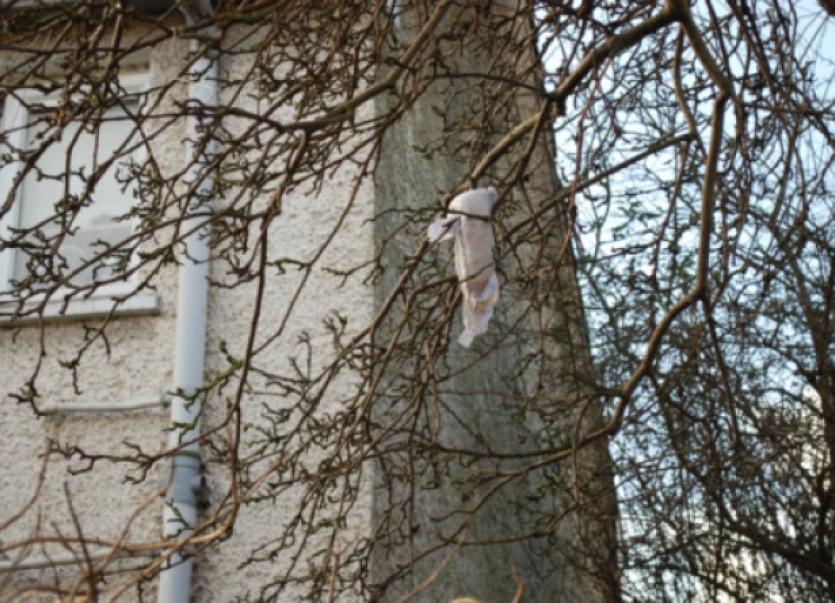 A CITY councillor has called in the guards after more than 20 dirty nappies were thrown into his garden over a sustained period.

A CITY councillor has called in the guards after more than 20 dirty nappies were thrown into his garden over a sustained period.

Labour councillor Tom Shortt believes he is being targeted by people associated with a movement opposed to the introduction of a property tax after a demonstration took place outside his home in Thomondgate last weekend.

In a statement to the Limerick Leader, he has confirmed he has made a formal complaint to the gardai over Campaign against Property Taxes (CAPTA) spokesman Cian Prendiville.

Cllr Shortt confirmed he has met with chief superintendent David Sheahan on the matter.

This campaign has been putting pressure on Limerick’s Labour politicians over the introduction of the controversial property tax.

They are upset that the junior coalition partner is waving through property taxes, because of the centre-left alignment the party has traditionally held.

But Cllr Shortt believes Saturday’s protest – “a form of intimidation” –has gone too far, and he believes the dumping of nappies in his garden is linked to the campaign, something denied by Mr Prendiville.

“I have six children, I work hard in politics: I know about pressure. We have had unemployment, illness and all things at home in my life,” Cllr Shortt said.

“It was unacceptable,” he added. “The group that called on Saturday continued to video my wife at the front door long after she explained I was not at home.”

He added that his family has withstood a three-month campaign where dirty nappies were being thrown into his garden, with more than one ending up hanging from an apple tree, and littering his lawn.

“From the beginning, we understood this was politically motivated, and I believe that there is a strong link with the visit by the anti-property tax group to the house last Saturday. However, we also know that the vast majority of people in Thomondgate and across the city will condemn this form of uncivilised behaviour,” he added.

He said his accusations of “intimidation” are laughable.

“I was not even on the canvass in Thomondgate. His insinuation that we are somehow involved in leaving nappies around the place is bizarre. We are in favour of communities mobilising political pressure on their local representatives, not random acts of littering,” Mr Prendiville stated.

He said Cllr Shortt’s response shows their campaign is working - and they will continue their actions. For his part, Cllr Shortt said he backs the property tax.