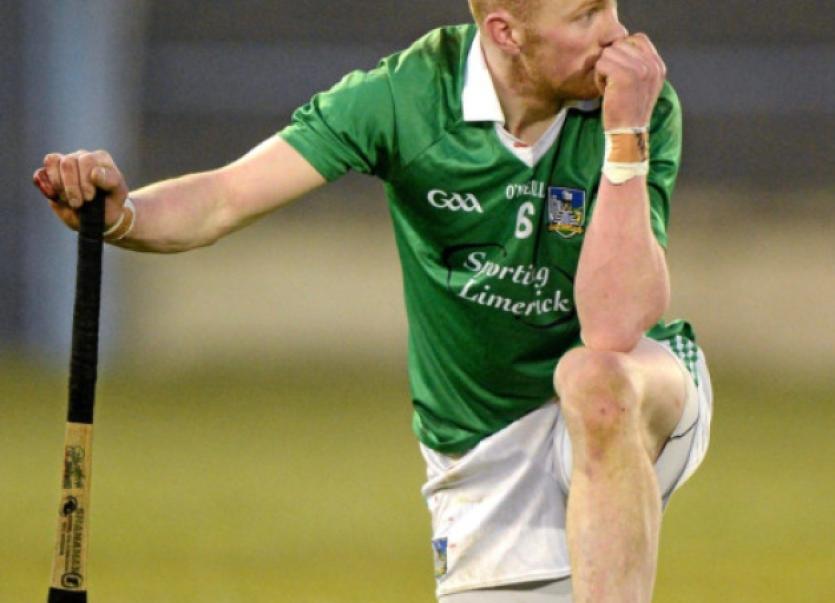 In his weekly Limerick Leader column, Martin Kiely looks at where Limerick goes after the league final loss to Dublin.

In his weekly Limerick Leader column, Martin Kiely looks at where Limerick goes after the league final loss to Dublin.

One by one the stadium lights started to quench leaving barely a shadow for the lingering supporters to leave Semple Stadium by but long before the operator started to pull those switches darkness had fallen deep in the hearts of Limerick hurling supporters.

This was a painful defeat and one that will have a deep impact on the long term development of Limerick hurling. This was a game Limerick should have won but, in reality, they never really took control or dictated matters to any great degree and in the end they paid a heavy price for that.

As far as quality is concerned this was a poor game of hurling and only the close nature of it kept the supporters warm. From what I saw in Thurles last Saturday neither of these teams have the quality to survive in top flight hurling – the gap between what the top teams are doing as against where Limerick and Dublin are at further under pins my belief that many traditional counties in hurling are facing very tough times. I thought Limerick would have enough quality to overcome Dublin but I also thought our backs would have to play very well to do so and that was not the case.

One of the biggest things I saw in this game last Saturday was the lack of passion from the team and the management. Why is that? Limerick had players good enough to beat Dublin but for some reason many of them are not producing it on the field. Now that I mention the field - Thurles was in a very poor state for this game.

It was the third game of the day but, outside of that, over the past couple of years I think Thurles has slipped from the playing surface it always was.

With 20 minutes gone in the game Dublin were ahead by one point 0-4 to 0-3. It gives one a fair idea of the shocking quality on view. Of Limerick’s half time score 1-3 of it had come from frees by Declan Hannon. Limerick also went almost fifteen minutes without a score in the first half and where that is the case games are hard won. I know that all involved with Limerick went out to do their best both on the field and on the line but from the stand it looked like Limerick had no plan.

Time after time the player in possession hit without looking and was it a plan to keep Declan Hannon out of the game by placing him at full forward and not giving him the early frees?

Limerick did have chances in the first half and goals should have been scored but at times bad options were taken when points would have kept the scoreboard ticking. Only one point separated the teams at half time but Limerick should have been further ahead.

Conor Allis was working hard but he had some very poor wides from play and frees. I think Allis is a good player and there is much more in him but, once again, this game showed up the lack of a centre forward that brings others into the game.

Seamus Hickey also worked hard but he is not a forward and he admitted that himself last week. Hickey allowed Liam Rushe too much space and that played a key part in Dublin coming into the game. He needs to be looked at for midfield or else in the full back line because Limerick has problems in both of these areas. David Breen should have been placed at centre forward.

By the third quarter of this game Limerick had gone into a three point lead 1-13 to 1-10, they had hit five points in a row and had Dublin for the taking but the team completely lost its shape and the high ball down the middle was hoovered out of the air by the Dublin centre back Liam Rushe.

For the final 21 minutes of this game Limerick could manage only two points, one from a free and one from play. Dublin on the other hand added six points. I have, over the past two years, questioned the makeup of the Limerick defence and once again it was cruelly exposed.

When Dublin ran at our backs it caused all sorts of trouble and to me this was how Dublin won the game. The management made no attempt to fix what was a glaring problem instead they decided to take off the likes of Kevin Downes who was always a real threat.

Over the past three years Limerick have had problems in defence but while everyone else can see this it appears those closest to the scene are blind to what looks very obvious.

While Limerick were very slow to use their bench Dublin on the other hand made full use of it, they used all five subs and many of them made a telling contribution. The subs that came in were instructed to drive forward and that they did. The Limerick full and halfback line were under a lot of pressure.

The Dublin full forward looked for the ball in space and all three of our full back line did not like this environment. Wayne McNamara had a good opening half and once again played with great heart but he is better suited to wing back. Paudie O’Brien also had a good first half but he was guilty of giving away frees that were to prove costly. Gavin O’Mahony is a good striker of the ball but his form is not what we know it to be.

For me last Saturday’s match was the beginning and end of Limerick’s season – it was the most crucial game of the year; it held more importance than the championship and the defeat has left a legacy of playing in what is Division 2 for yet another year and, to be honest, I don’t see Limerick moving from this division as things stand unless Croke Park change what is a very poor League system.

Hurling is all about the championship but very few Limerick supporters will relish the prospect of playing what will be a very focused Tipperary in the Gaelic Grounds in the Munster semi-final.

The big question now facing the management is what can they do to strengthen the team before this game?

Up to now they have shown no desire to change too much but they must act fast and make some hard calls – Limerick will not make up for the lost time and preparation others are doing but we can be honest and do the right thing for Limerick hurling.

Some Limerick supporters were disappointed with the referee and yes, he did make some poor calls, but he did not cost us the game, we managed that all on our own. It was a sad evening for Limerick hurling. The wait and the pain goes on.

After three years have we made progress?

The Limerick footballers delivered promotion when they beat Clare last Sunday in Ennis.

This was their due after they had come through their best League run for a few years. This group of players have worked very hard and it was nice to see their efforts rewarded with promotion and also a place in the Division 4 League Final in Croke Park.

They face Offaly in the final at the end of April and that will allow Limerick’s injured players time to be in contention for the bench and starting team.

Limerick had to work hard to get the result against Clare but as it happened once Offaly beat Tipperary it was deal done.

I was impressed with Limerick in Ennis, the team took the game to Clare from the start and after 18minutes they led five points to no score. Clare did rally for a while after half time but once Donal O’Sullivan saved Clare’s penalty effort Limerick never looked back.

Tom Lee had a super game at midfield while Seanie Buckley kicked three fine points. Mark O’Riordan and Ger Collins played a key part in providing the ball for Ian Ryan to flick home and with that Limerick were home and dry.

Ian Corbett played very well when he came on for Derry O’ Connor who looked well off the pace. Let’s hope they can bring home a cup from Croke Park because this group deserve much credit.