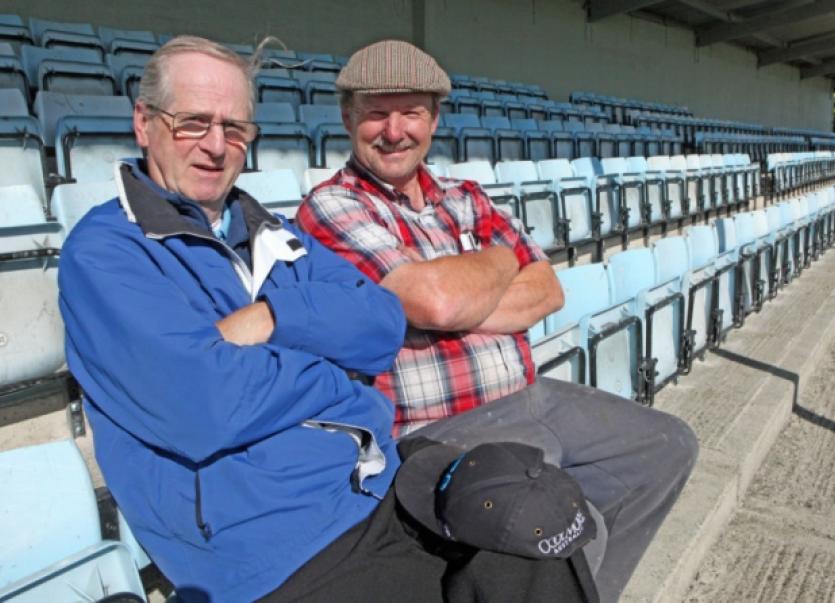 THEY never give Limerick an inch on the playing pitch, but thanks to Cork GAA, spectators at one local county grounds will be sitting pretty in their stand this season.

THEY never give Limerick an inch on the playing pitch, but thanks to Cork GAA, spectators at one local county grounds will be sitting pretty in their stand this season.

A total of 500 seats from Pairc Ui Chaoimh in Cork have been snapped up by Kilmallock GAA club and are in the process of being installed at the grounds.

“It’s great for the club. The seating is very high quality – they are as good as what you would buy,” commented Steven Connery, chairman of Kilmallock GAA Club.

As part of the €67 million redevelopment of Páirc Uí­ Chaoimh, Cork County Board needed to get rid of 18,000 seats and decided to give GAA clubs the chance to give them a new home.

According to reports in Cork late last year, a note went out to clubs which read: “The seating in Páirc Uí Chaoimh is now being removed and seats are available for sale to clubs, on a first come, first served basis, at a cost €5 per seat.” While Steven would not be drawn on what the club paid for the seats, he said they were great value and are already getting lots of compliments.

“We got them for a nominal fee. We got the bones of about 500 seats. We are in the process of putting them in.

When all the seats are installed there will still be a standing area in the ‘standing’ stand which is on the town side of the stadium.

“Hopefully within another five to six weeks we will have it finished,” said Steven. “We have all the seating on site at the moment. We went down to Cork about three months ago and we handpicked all the seats and loaded them onto a truck and brought them down. We did it all in the one day. There was an articulated truck. There was a bit of work involved.”

Other local clubs which are said to have also snapped up the seats include Effin and Charleville.