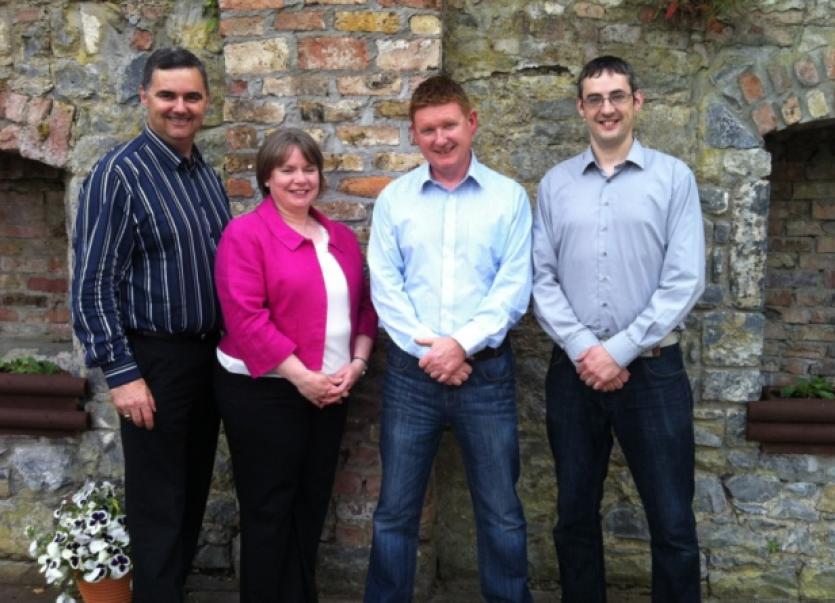 RISE, a newly-launched company in Kilmallock is hoping the town will reach new heights by creating jobs through sustainable and innovative community projects.

RISE, a newly-launched company in Kilmallock is hoping the town will reach new heights by creating jobs through sustainable and innovative community projects.

The aim of the enterprise is to capitalise on the town’s unique heritage and market the area as a must-see tourist destination.

“We want Kilmallock to be a sustainable town – we want things to happen in the town so that the money stays in the town and we develop more and more ways of creating a virtuous circle,” explained Paul Ferns, one of the directors of the non-for-profit company.

Meetings have been held locally to further plans for the enterprise and a number of projects are already in the pipeline including the revitalisation of a number of derelict buildings.

“These are significant buildings in Kilmallock’s heritage and, as such, they are worthy of very sensitive development with the blessing of the owners,” explained John Webb O’Rourke, who is also a director of the company.

“When people come into town they already go ‘wow’ at our King’s Castle, town wall and our abbey but now we want them to go ‘wow’ at these buildings that they walk into – buildings that are alive in the town and have people in them,” added Paul.

There are grand plans for the Grain Store building on Wolfe Tone Street. The ground floor will consist of a retail space for local crafts and foods.

“There will be a section there for a pop-up space for people who want to try new ideas,” Paul explained.

“There will also be a tourist information spot for people coming into the town to get their information and book their tour guide and to help promote Kilmallock and the greater Ballyhoura area.”

The company are in talks with an anchor tenant in relation to the second floor.

The third floor meanwhile, will include community meeting rooms, a media centre as well as the RISE head office.

“The meeting rooms will be open to the community – they would have all the facilities required to develop whatever projects they have themselves. They would be able to conduct meetings in a professional manner,” Paul explained.

The whole idea of the building is that people will be going into it for whatever reason and then they will engage in something they wouldn’t normally engage in because it’s in the building.

“They will be able to buy a coffee, buy artisan food. We have beautiful buildings in the town but people don’t go to them because they don’t have any reason to.”

The company have already engaged with Tus to do some work on the Grain Store building.

In the old Post Office building Ballyhoura Development have ran a retail training course, Fetac level four in retail skills. CoderDojo - the community-based IT programming clubs for young people – has been given a permanent home in the building and the Wi-Fi there is sponsored by KBO in Bruff.

“We used the building during the Taste of Ballyhoura Food Festival as the haunted house venue and we would be hoping to use that again this year with the support of Ballyhoura Development,” said Paul.

RISE have received funding from Limerick County Council to carry out a feasibility study for their Kitchen Innovation Centre Kilmallock (KICK) which will provide four kitchens in the town for start-up businesses in the food industry.

“They would be rentable by the hour,” Paul explained.

“They will be fully compliant with the latest and highest of standards in health and safety. It will encourage people to look at food as a viable, entrepreneurial route to employment. It follows on again from the good work Ballyhoura Development have done in developing the Taste of Ballyhoura brand.”

The rejuvenation of the buildings will not alone bring life back into the premises but will also create employment.

“In the construction phase you are talking about 20 to 30 jobs.”

The company are now looking at a funding model for their organisation.

“Every penny that it makes will go back into the community for things like Christmas lights, our Taste of Ballyhoura Food Festival, the Medieval Walled Town Festival, Love Kilmallock Day –any community projects that are out there, RISE will be open for discussions with them to help and support their ideas and create a virtuous circle for Kilmallock.”

On a day-to-day basis, the directors, Paul and John, drive the company and report back to and consult with the members which include a cross section of local business people including publicans, retailers and members of the Arts community.

“We are working with Small Town Studio on these projects and very much to the forefront of each project are three important elements – purpose, design and quality.

At the outset, we ask a fundamental question – what is the purpose of the building? What is it that we are going to put in there? Then we ask ourselves, what design is appropriate to the building and what will make it accessible, usable, sustainable and importantly, what will give it that wow factor and finally, quality. How do we ensure that each project is worthy of the town, its stakeholders and its financial backers?” said Paul.

“We also have the support of Healy Architects. Michael Healy is very much in support,” added John.

The company is hoping to secure sponsorship of the projects.

“Soundings have been very good from the likes of Limerick Council, Innovate Limerick, LEO - the local enterprise office and Ballyhoura Development,” said John.

Paul added: “Everyone has been 100% supportive - they like the idea of what we are trying to do here - it’s just a matter of what funding is available and when it is available.

“We would also like to talk to people who have a corporate responsibility such as banks or other organisations that would look at supporting a project within a community that is helping a community to buck the trend of unemployment.

“Our unemployment level is higher than the national average so want to bring that down and we would like to talk to anyone who would like to support us that work.”