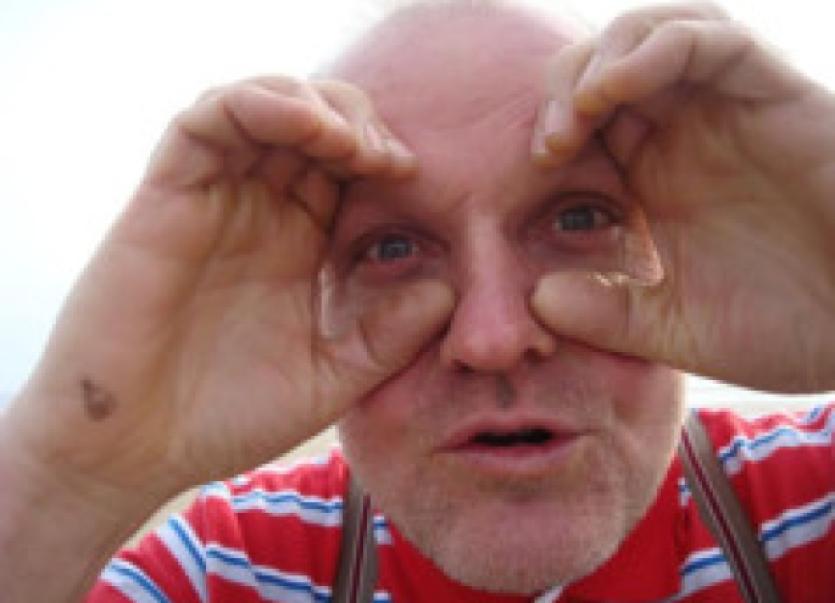 Love/Hate actor Peter Gowen is doing a nationwide tour with his one-man play The Chronicles of Oggle.

Love/Hate actor Peter Gowen is doing a nationwide tour with his one-man play The Chronicles of Oggle.

BEING born into a large family I suppose I was a bit of a clown who enjoyed entertaining the rest of the family with my antics.

Being an actor was the only choice for me. Although, I was clever at maths, I was hopeless at most other subjects. Indeed, I spent most of my time day dreaming. I preferred the inner private world to the outside world of Ireland in the 1960s and 1970s. Both my parents were doctors, and their siblings were either science graduates or doctors themselves. I would probably have spent most of my time staring out of the surgery window and not paying very much attention to my patients.

My mother and father, were very good at guiding me, but never forced me to do anything.

They always knew that I would be an actor, and although I was a bit chaotic when I was younger, they always supported me and helped me. My wife Anna has, also, been a great source of support for me, accepting that I will often turn down work, and won’t do certain types of work, (that might even be lucrative!), because I don’t believe in it.

There is something magical about it. Curiously, the experience of seeing someone act has got a great deal to do with the willingness of the audience to accept the conventions involved. In doing so, they must suppress the rational impulse that would tell them that none of what they are witnessing is real. The audience and the makers of theatre enter into a pact and the reason is that ‘The Story’ is hugely important and actors are essentially storytellers.

It is certainly true that some actors can earn lots of money and achieve fame.

But both of these things don’t last, and so an actor has to be strong enough to survive long periods of unemployment, and to be able to find other ways of making money. It is almost as if an actor has to learn how not to be an actor in order to survive. Ultimately, actors are artists who are compelled to act, they have no choice. They should need no encouragement. Certainly, I can, and do give advice, helping anyone but encouraging no one.

Stuart Carolan, the writer of Love/Hate, saw me in Single-Handed on RTÉ and thought that I might be right for the role of Pat the Solicitor in the first two series.

I love all of the characters that I play. Some of them can be pretty unpleasant, but as an actor you can’t judge your character. You have to inhabit them, believe in them and see things from their point of view. Creating a role is more about eliminating parts of yourself while magnifying others, because ultimately, all actors have to be the character, and the character has to be them. I did a play called Observe the Sons of Ulster by Frank McGuinness. My role was as a character called Pyper who was very abrasive and confrontational and I found myself becoming more like that while I was playing the part.

Writing is crucial for an actor because it’s a way into his/her character.

Indeed, I believe that there has been a change in attitudes towards actors who choose to write. There are some great actors writing in Ireland at the moment. Pat Kinevane and Donal O’Kelly to name just two. Enda Walsh started out as an actor. In the past there was an acceptance of actors writing plays, like Robert Morley, Peter Ustinov, Molière and Harold Pinter. Roles in theatre are changing all the time, however. For example, the visual-techno designer is an emerging artist, who didn’t exist before the digital age, and the director didn’t exist before the 20th Century.

The Chronicles Of Oggle is tremendous fun but it is, also, peppered with sadness.

It is up to the audience to connect with the themes of the play. Sometimes it is just an image contained in two lines. I absolutely love playing Pakie. The audience connects with him, and I think that they love him by the end. Pakie’s story is my own story, and it’s great to be able to tell that. For me he’s a real hero. He manages to be good-humoured despite having suffered and he is very funny. Crucially, he is full of love, despite having been bullied and picked on. I never intended to write it as a one man show. It just came out that  way.

Most of my travel these days is to do with work.

I visit Guernsey in the Channel Islands where my daughter lives with her husband and two small children. I am, also, going to the Ireland/France game, at Cardiff, in the upcoming World Cup. Today, we go to Greece a lot. My wife lived in Athens for five years and speaks fluent Greek, consequently our holidays, there, are extra special. I love the sea with its fishing, surfing, sailing, and swimming.

The plays that I do have to be of very high quality, and the people that I work with, and for, have to be people whom I admire and respect.

Consequently, there is a great demand for this work in many other countries. For the size of the country, Ireland has produced a great amount of world class theatre, and this is largely due to the quality of the people involved and to the importance of theatre to us as a Society. I have written another play called The Letters of St. Declan that we are hoping to produce next year!