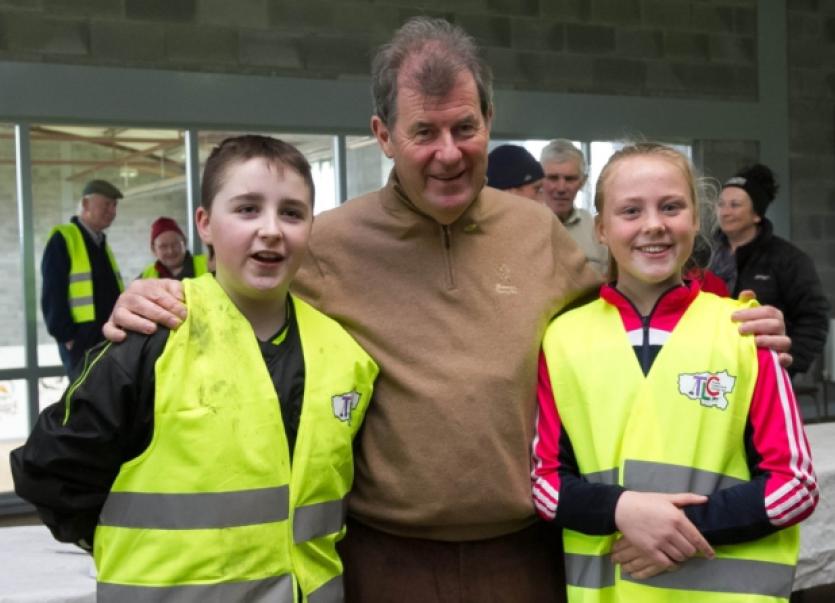 THE 10,000 volunteers who took part in Ireland’s biggest ever spring clean on Good Friday collected over 100 tonnes – or 18 lorryloads – of rubbish, it was confirmed this week.

THE 10,000 volunteers who took part in Ireland’s biggest ever spring clean on Good Friday collected over 100 tonnes – or 18 lorryloads – of rubbish, it was confirmed this week.

Team Limerick Clean-up (TLC), sponsored by JP McManus, saw people from every corner of the city and county coming out to show pride in their community.

Mr McManus – who enlisted the help of Ireland rugby captain Paul O’Connell and champion jockey Tony McCoy on the day – said he had been overwhelmed by the huge response.

“When the TLC initiative was created we knew it had something special about it,” he said this Wednesday.

“TLC brought about a sense of community and pride in Limerick which is something we value dearly. The TLC campaign achieved so many milestones such as reaching 10,000 registered volunteers and the clean-up litter collected was over 40,000 bags.

“The campaign exceeded many expectations and this could not have been achieved without the tremendous work of all those involved with the event, mainly Limerick City and County Council and our sponsors Mr Binman, the Limerick Leader and Live 95FM.”

The feelgood factor around Ireland’s cleanest county this week was not all down to the warm spring sunshine. And while many, including Mr McManus himself, have expressed the wish that TLC could become an annual event on Good Friday, this has yet to be confirmed.

The figures from Mr Binman, meanwhile, speak for themselves.

Eighteen trucks were filled with 100 tonnes of rubbish, the equivalent of over 4,000 wheelie bins. And the company’s crews gave over 300 man hours, covering 2,300 kilometers along the highways and byways on Saturday and Sunday.

Mr Binman’s Joe Cleary said: “We were delighted to be involved in such a truly remarkable event. TLC showed the true meaning of community spirit and put Limerick up there on the national stage as a real leader”.

“It is good to give something back to the area that supports us and we will recover or recycle the majority of the litter collected on the day, so that is positive news also from an environmental perspective.”

Paul Foley, Limerick City and County Council, said the council was “deeply grateful to the TLC partners and volunteers for embracing the concept and bringing a new energy to our awareness of civic responsibility”.

See this weekend’s Limerick Leader for extensive coverage of the TLC event.