Don’t Mind Me: ‘My new house guests are ruffling my feathers’ 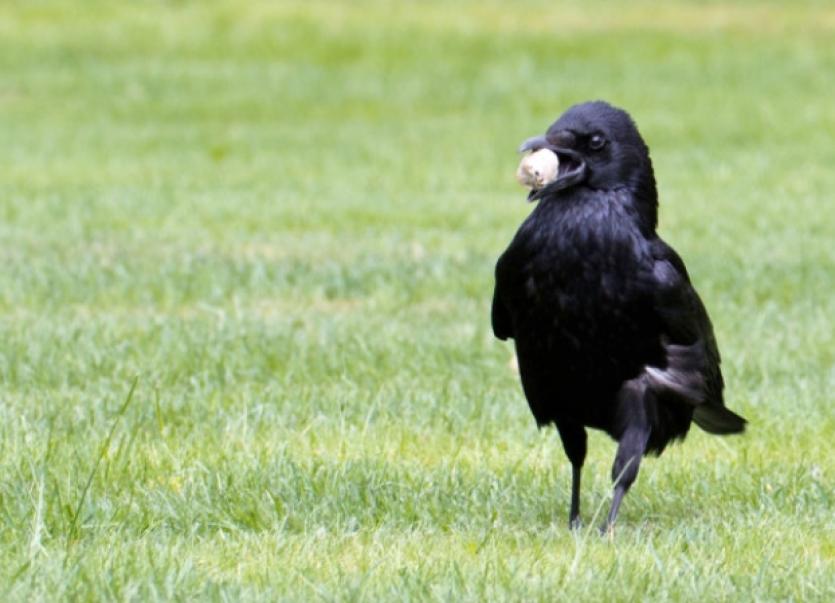 THE joys of Spring! There’s war in our house at the moment – all out war. Normally, I’m a pacifist at heart, but when my territory is threatened, I can be as big a warmonger as the best of them. It’s a post colonial thing, I presume. At the moment, I’m being colonised by a couple of jackdaws, who, conscious of the hardships of climate change or maybe because the chief crow has imposed a property tax in the nearby rookery, have left the trees and are now hell bent on nesting in one of my chimneys.

THE joys of Spring! There’s war in our house at the moment – all out war. Normally, I’m a pacifist at heart, but when my territory is threatened, I can be as big a warmonger as the best of them. It’s a post colonial thing, I presume. At the moment, I’m being colonised by a couple of jackdaws, who, conscious of the hardships of climate change or maybe because the chief crow has imposed a property tax in the nearby rookery, have left the trees and are now hell bent on nesting in one of my chimneys.

They look like two builders who have just come out of NAMA, because, although they’ve brought half of what’s left of Cratloe woods into the chimney, the twigs keep falling down into the grate like a cardboard apartment from the Celtic Tiger era.

I wouldn’t even have noticed the builders if I hadn’t gone into the room we rarely use a couple of weeks back to start a Spring clean, only to find that I had company. There, perched solemnly above my chamber door, as Edgar Allen Poe might put it, was a raven.

“How did you get in here,” I screeched. I think I’d have fainted if the bird had replied, “nevermore”. But he didn’t utter a sound.

In any case, it was quite clear how he had got in. Behind the fire screen, the grate was full of twisted twigs, some of which I recognised as ash from a nearby grove. Obviously, he or she had been trying out the badly built nest when it collapsed.

After a great hullaballoo, the much ruffled crow was eventually shooed out an open window, the grate cleaned out and a big fire lit in it to discourage the cheeky developer from returning. How he had got into the chimney itself remained a mystery, because when we looked up, both chimney pots with their umbrellas and steel cages appeared impregnable.

Next day when I went in to light the fire again, the grate was once more full of twigs. I ran outside and looked up and saw two black crows, obviously working over-time to get the nest built before the mating season had passed. A rushed job, as they might say. The birds seemed to be getting into the chimney at the back, and when I went out the back and looked up, I saw that half the chimney pot had been demolished. These two may not have been great builders, but they certainly were amazing demolition experts.

In the circumstances, there was nothing for it but to declare war. But, as usual, I had underestimated the strength of the enemy. All my efforts to dissuade them from building - short of nuking them - have failed. A repaired and reinforced chimney pot was treated with the utmost disdain and the fumes from my fossil-fuelled fires, which reportedly are a major threat to the ozone layer, haven’t had any affect whatsoever on the birds. For all I know, they could be wearing gas masks.

They’ve now taken to building at night, collecting the twigs during the day and leaving them on the roof until the fire has died out. I can hear them walking across the roof at night and giggling in the chimney breast when they’re having fun, and if it weren’t for the sleepless nights I’m enduring, I’d be admiring their ingenuity and audacity – whatever about their building skills. Unusually for a crow, the nest material keeps falling into the fire.

Meanwhile the rookery is as raucous as ever, and at 3am on a moonlit night this week, I swear I could nearly hear a council of war being convened, as I lay awake in bed. I have no idea what I have taken on.

This is all so ironic. I’ve fought tooth and nail for the protection of the rookery since I first came here 36 years ago. Crows and jackdaws do not have many admirers, and most people regard them as a pest. They have never enjoyed a good Press, but I love their gregarious ways. I don’t like the way they aim their excrement with uncanny accuracy at my washing line or my newly washed car, but they have become a presence in my life, without which I know I’d be devastated. The silence, for one thing, would be unbearable.

I’d miss the chatter in the early morning and the rasping cacophony of their evening assemblies, but I’d also miss the first sign of Spring when you’d look up in early February and see a crow flying with a large twig in his mouth towards the lifeless and leafless trees. I’d be lost altogether without the dramatic wheeling in the sky over the tree tops when a storm is on the way. They’re more reliable than met Eireann’s red alert.

There is, however, another reason why I’m thinking of calling a truce in this bird war, which I’m not going to win anyway. It’s said to be very unlucky to have crows abandoning a rookery. It’s a universal ill omen. The ravens in the Tower of London for instance are, according to legend, vital to the very preservation of the United Kingdom. If the ravens leave, the tower and the kingdom will fall. They are a great tourist attraction too, so it’s no wonder then that their wings are clipped to keep them in situ. But I can forget about clipping the wings of my own two intruders. It certainly didn’t stop one of the ravens in the Tower from flying on to a roof top and eating a Television aerial, despite getting six ounces of raw meat a day and bird biscuits soaked in blood. Another didn’t even hang around long enough to have his wings clipped and was last seen outside an East End pub.

That’s what I find so unnerving in my battle with the crows. They’re so bloody human.