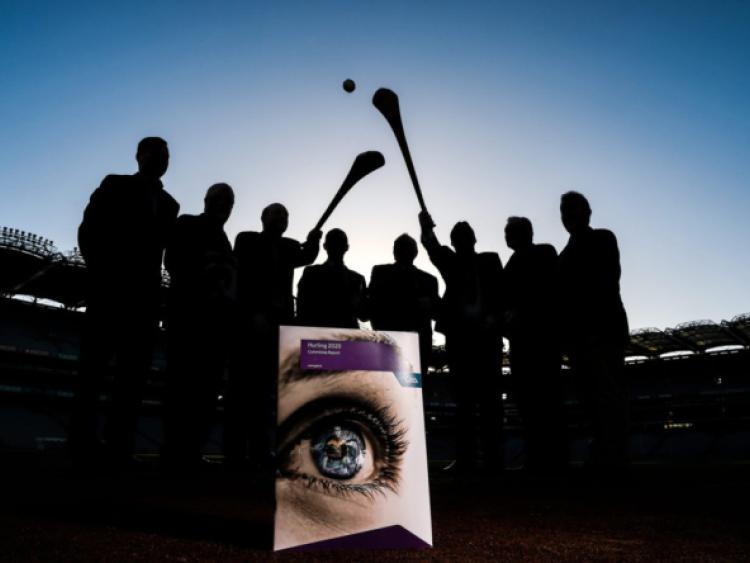 In this week’s Limerick Leader column, Martin Kiely gives his view on the recently-published Hurling 2020 plan.

In this week’s Limerick Leader column, Martin Kiely gives his view on the recently-published Hurling 2020 plan.

The incubation period for the findings of the Hurling 2020 report took a little longer than anticipated and I feel the vast majority of hurling supporters expected more from this committee. From the outset can I say that those involved in the committee are solid hurling people and all have made a major contribution in their own way but that being said I feel parts of this report are weak. Some proposals are extremely harmless - like the introduction of squad numbers or an additional water carrier; others - like the new penalty proposal and allowing a sub on for a player with two yellow cards - are contentious. Disappointingly there is no mention of the championship fixtures. Last year Cork had to wait five weeks between their Munster final and All Ireland semi-final yet Wexford were forced to play four games in four weeks.

Having worked for nine months to produce such a report I and indeed many that I have spoken to expected to see a more thought-provoking document. Hurling as a game has survived difficult times in Ireland since the foundation of the Gaelic Athletic Association. People have a great passion and love for the game and both have played a key role in its development.

The sad reality is that very few sit at the top table in hurling. Kilkenny, Cork and Tipperary have led the way and while others might deliver now again little has changed at the top over the last 130 years. Great opportunities were lost to develop the game and for that generations of leaders in Croke Park must shoulder the vast majority of the blame.

The game of hurling has remained strong in the traditional counties but others are struggling to keep a pace. Offaly offered hope to so many and while they enjoyed great years look at where they have slipped to now. Vision, hard work and a massive desire to achieve are vital ingredients to development but sadly so many hurling counties have failed to make an impact when it comes to the winner’s enclosure.

The 2020 committee under the Chairmanship of Liam Sheedy will put their proposals to G.A.A Congress in a few weeks time and this week I look at what they have proposed.

I don’t see too much wrong with that and I understand the ideology behind it, but like all standards of best practice it’s the implementation of same that presents the greatest difficulties. A folder of information, instruction and data won’t help the game of hurling unless Croke Park and counties provide finance and personnel otherwise this will be another dust collecting document.

Various attempts have been made in past in relation to this position but now the committee suggest that this new role would have no real contact at grass roots level for coaching. He/She would however have a hands on role in setting standards and would report directly to the Director General. I think this will pass but I am very surprised by the weakness of the job spec. At no point is education mentioned and given the importance of such a role the person chosen would not only need to have a strong coaching background but also I would feel a strong business background. This role is vitally important and it requires a serious leader with a track record of achievements.

The Hurling 2020 committee proposes that the awarding of a penalty in hurling will result in the penalty taker having to face one defender on the line. The ball can be placed anywhere outside the 20-metre line but must be struck no closer than 20 metres

During 2014 we had much debate in relation to same. I will agree that something had to be done in this regard for health and safety reasons. The management committee of the GAA backed by Central Council saw a rule change whereby the free taker could not pass the 20-metre line. The result meant that scoring from a penalty became almost impossible. The rule change favoured the defender. The committee now suggest one on one for penalties. Personally I don’t favour such a move, it will make the life of a defender very difficult and will apply further pressure on referees.

The existing rule be changed to allow for just three defenders on the goal line for a 20-metre free while enshrining in rule that the ball cannot be struck any closer than the 20-metre line. If the one-on-one penalty rule manages to pass Congress then this will also come into place.

When a foul is committed, a referee can signal advantage for up to five seconds. If no advantage is accruing, then they can bring play back for the free

I think this is a valid suggestion whereby they are seeking to have the rule for hurling match what is already in place in football. In hurling the referee does not have the power to call back the play if the advantage does not accrue in favour of the player in possession whereas his football counterpart does. I think this proposal will pass.

To ensure fairness and consistency, we propose the standardisation of the ball in hurling at all levels

I have long held the view that the sliotar is too light and if this was changed it would solve the current penalty problem and the old rules could apply. I am not so sure Congress is ready to pass such a rule however.

I would agree with the committee’s view in this regard and this has the potential to pass Congress.

It will be a surprise to me if this passes Congress. They say in their report that hurling is not a cynical game but I have my doubts on that one lads. They are calling for the introduction of two yellow cards where the player can be replaced so as the game will remain 15 against 15. What’s needed is common sense refereeing and I don’t see this proposal going through. To me it will just assist the stronger teams.

In Limerick we know and have suffered in the league over the past few years and I would be in favour of this proposal. Winners deserve the right to promotion as their reward.

These proposals allow for the Christy Ring Champion be promoted with the bottom-placed team in the Leinster Round Robin being relegated. There is also a proposal to extend the Christy Ring Cup season and to play the final as a curtain raiser to a high profile Liam McCarthy Cup qualifier and I think very few would have any difficulty in this regard. It would help raise the profile of the competition and the players. Currently the finals of the lower-tier competitions are played as a triple-header in Croke Park

Reset the terms of reference of the Central Fixtures Oversight Body to ensure the Club Fixtures Schedule, which provides regular games and activity, is adhered to

Sanctions would apply to any county failing to meet the fixtures schedule. Hard to disagree with this but implementing it is easier said than done.

Allocate squad numbers to each team in the Liam MacCarthy Cup prior to their team’s first game.

Croke Park have a fine in place if dummy teams are announced and I feel that will be enough to end such a practice. Introduction of squad numbers won’t make any difference to the game of hurling so it’s of little matter if it’s passed or not.

The 2020 committee also discussed the Time Clock and their online survey suggested respondents were in favour of same. Such measures have been approved for football but not yet for hurling. I don’t think there is enough appetite for this to become common place in all grounds and such a move will be a few years away. They also looked at awarding two points for a line ball but they did not see the requirement for the introduction of this change in the game of hurling.

The last few years have provided some outstanding games of hurling and overall the game is in very good shape. The 2020 committee I am sure mean well with many of their proposals but their report is very flowery and to me lacks real bite. Change for the sake of change will in no way add to the development of the game of hurling.