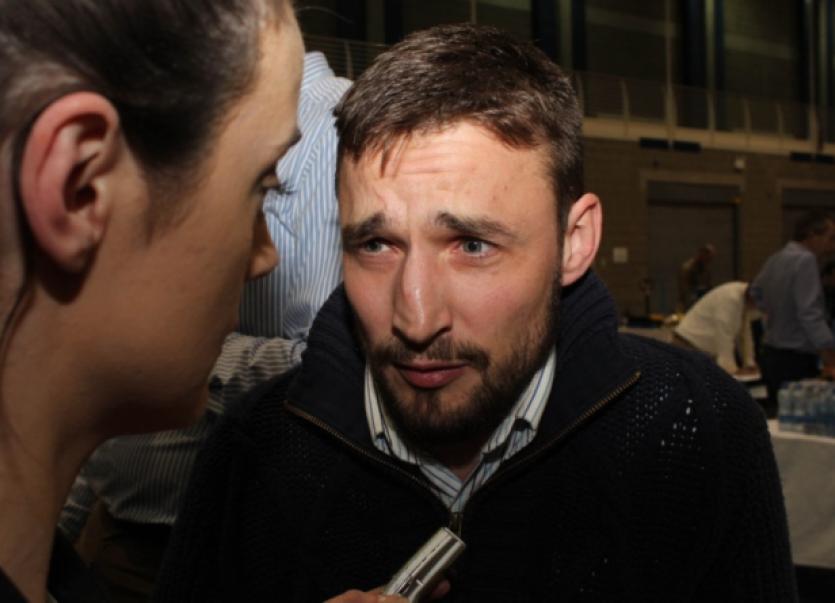 INDEPENDENT senator James Heffernan says he is working openly with colleagues in Leinster House with a view to forming a new party – “a serious, proper alternative to the politics of intimidation and bullying which Sinn Fein espouse”.

INDEPENDENT senator James Heffernan says he is working openly with colleagues in Leinster House with a view to forming a new party – “a serious, proper alternative to the politics of intimidation and bullying which Sinn Fein espouse”.

“The more I look at them and see what they are at, I am sick of them,” he told the Leader this Wednesday. Speaking earlier this week, Mr Heffernan said the Provisional IRA is still very much in operation. He said the terror group remains a major threat, describing it as an “insidious, vile, grotesque cancer” which he believes “must be stood up to”.

And he accused unnamed but senior members of the Sinn Fein party of protecting the identity of the murderers of Detective Garda Adrian Donohoe – a claim the party has consistently denied.

Mr Heffernan made the remarks after he attended the vigil mass for the slain detective in Dundalk last week.

“I believe he is looking for publicity. It’s more to do with him announcing that he is going to be a Dail candidate. There is absolutely no truth in what he is saying,” said Cllr Quinlivan on Tuesday.

This Wednesday Mr Heffernan described the IRA “as dangerous, dangerous people, and people in the 26 counties need to wake up to it”.

He accused Sinn Fein of trying to “hijack” the water services anger that is out there, for their own benefit.

“Sinn Fein flip-flopped every which way and when they saw mass mobilisation of people, they cynically jumped on that bandwagon - they are bringing innocent kids who maybe are well-intentioned and they are getting them elected and brainwashing them,” he told the Leader.

“They have sucked dry the communities around the bordering areas. The people in the border counties are terrified of their living lives of Sinn Fein and of the IRA and if that is the kind of country that we are going to be left with - if these people and their Army Council cohorts ever get into power in this country, well I’m out of here.”

Mr Heffernan, who is a primary schoolteacher, says: “I have been working my socks off up here to try and put together a serious, proper alternative to the politics of intimidation and bullying which Sinn Fein espouse.

“I have many, many supporters so far here in Dail Eireann because it is high time, high time the people of this country and well-intentioned, good elected representatives and those who are not elected, take the blinkers off and roll their sleeves up and stand up for our country, stand up for our Republic, stand up for our people.”

The party he said is “in a very infancy stage.

“I am going to work my hardest to try and make a real change in this country. I think the public are crying out for it. I have been frustrated for years above in this place because there are many people who get into politics as self-serving and that’s a view that I have always thought was utterly wrong.”

Meanwhile, Mr Heffernan remains embroiled in a row with Labour senator John Gilroy over office space in Leinster House. Mr Heffernan returned to the office he shares with Mr Gilroy after the Christmas break to discover that Mr Gilroy had packed his personal belongings into 12 boxes. “It’s in the hands of the Committee on Procedure and Privileges. I’m still working away from where I am. Funnily enough, I haven’t really seen much of him in the last couple of days,” he said.