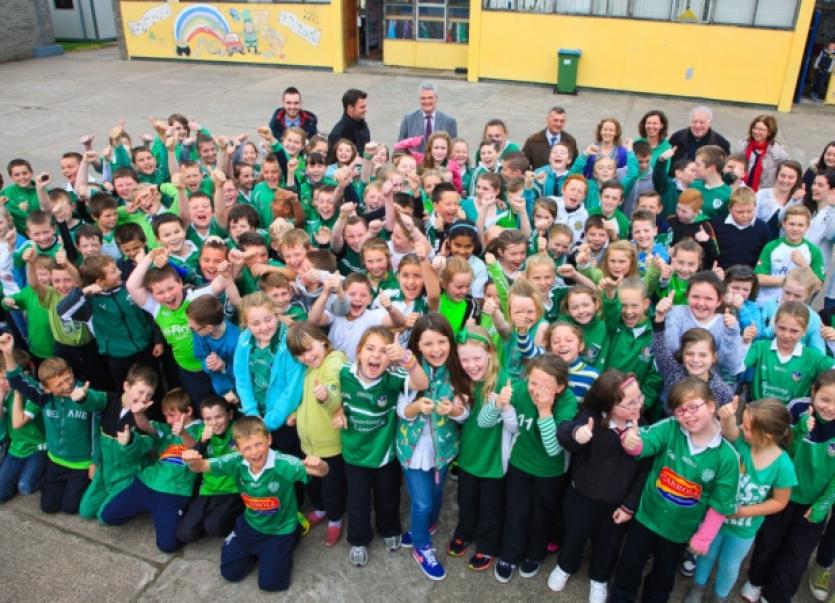 CRATLOE may be closer to the Gaelic Grounds than Kilmallock but the Balbec boys are hoping it will be a long walk home for their Clare opponents following the Munster hurling final clash this Sunday afternoon.

CRATLOE may be closer to the Gaelic Grounds than Kilmallock but the Balbec boys are hoping it will be a long walk home for their Clare opponents following the Munster hurling final clash this Sunday afternoon.

For the first time since 1994, Kilmallock will contest a provincial decider following an epic extra-time victory over Cork side Sarsfields in Kilmallock, a fortnight ago.

With the people of Cratloe having to travel less than four miles to support their side, Kilmallock club chairman Steven Connery is urging every man, woman and child to don the green and white this Sunday and head to the Gaelic Grounds to cheer on their team.

“It would be very important that we would have big support on the day,” he said.

“Cratloe are obviously a big threat to us. We will have to do a lot to win it. We will be under pressure and we will have to perform very well on the day to come away with a victory.”

Na Piarsaigh’s Munster final win last year, Steven said, has set the bar for Kilmallock who are thirsty for provincial glory after a barren spell.

“Na Piarsaigh have been there twice and have had success both times. This is our third venture into Munster club championship in the last five years and we have had no success out of the previous two times so this time we would be hoping to do it. It’s a long road to get to this stage so we would be hoping to get the victory out of it.”

The atmosphere, locally, he said, is a mixture of excitement and understandable tension. Kilmallock’s last Munster final win was back in 1994 when they overcame Toomevara of Tipperary.

“Everybody is delighted to be there again. There is a new generation involved and for the children it is all new to them because they wouldn’t have been there in ‘94 to see the games. There is a great buzz around the place - everyone is excited.”

Kilmallock’s success in the championship has “lifted the whole parish” and sparked even greater interest in hurling in the GAA stronghold.

“Success brings everyone together,” said Steven.

“You would see an awful lot more boys and girls around the field still at this late stage in the year whereas if you weren’t successful the hurleys would be put away at this stage and they would be finished. There is a major knock-on effect with success - with the amount of support for the team and the amount of fellas who want to be involved. A lot of the players today, 20 years ago they were the kids looking on and now they are the stars.”

More than two thirds of the Cratloe team that will take on Kilmallock were part of the football side that was defeated by The Nire of Waterford last weekend.

Due to Cratloe’s close proximity to the city, many of the panel are students, or former students, of UL and Ardscoil Ris - the former alma mater of Kilmallock goalkeeper Barry Hennessy.

Cratloe’s star dual player Padraic ‘Podge’ Collins works for AIB on O’Connell Street in the city. The Munster final which has a throw-in time of 2pm will be televised live on TG4 and will also be broadcast on Limerick’s Live95FM.