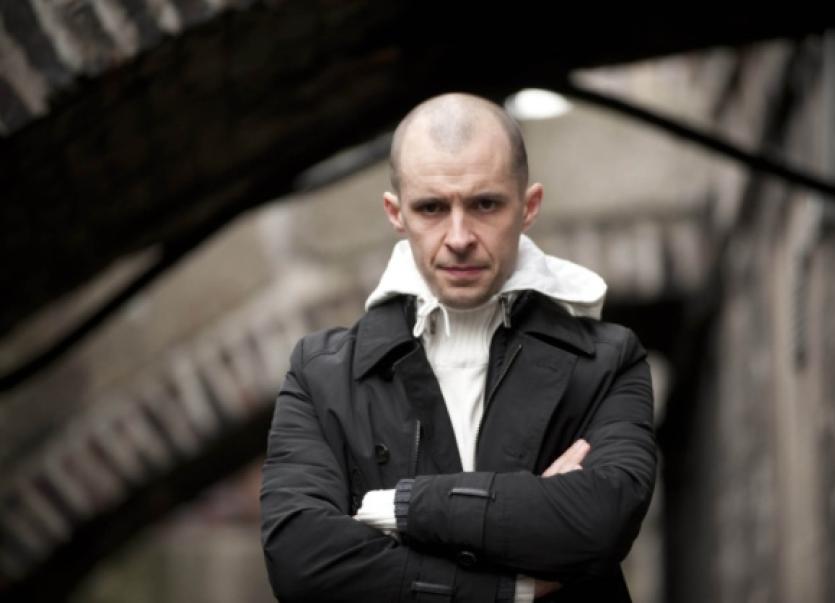 IS it something in the water or is it something that we’re eating? Because the indisputable fact is that, suddenly, were all bonkers, myself included!

IS it something in the water or is it something that we’re eating? Because the indisputable fact is that, suddenly, were all bonkers, myself included!

Last week, we were spell-bound for days after witnessing the grisly final moments of a fictitious TV gangster who literally won the hearts of the nation during a short few weeks of violent and gory Sunday night viewing. We’d still be in the first stage of the grieving process if it weren’t for the fact that we’re not absolutely sure if those cartoon images really were his final moments. There could be a resurrection, fingers crossed. In the meantime, we can’t stop talking about Nidge. Dead or alive, he’s one of the family.

All I can really say about the latest Love/Hate series is that I’m glad it wasn’t based in Limerick, or RTE would have been nuked by angry Midwesterners. We’re nothing if not consistent when it comes to glamorising gang violence.

I won’t be too critical of the production however, because when the Jacobs awards are being dished out there won’t be a crumb of a fig roll for anyone else.

God knows, we do need a bit of escapism now and again but sometimes we forget to come back to reality. Which is why I really feared for Joan Burton’s safety when I saw pictures of the Tanaiste stuck in her car in Jobstown at the weekend, surrounded by a seething mob with an alarming Marie Antoinette fixation and a collection of water balloons ready for firing. One of her colleagues in the Dail later dismissed Joan’s newly acquired victim status and described her as “one of the elite” to whet the revolutionary appetite.

Even as Joan calmly defied the angry mob - and according to some reports actually smiled and waved out at them - a real heroine emerged, in the form of a working mother from Cork who quit her job because she wasn’t prepared to compromise the childhoods of her children, who were being raised like “caged hens” in childcare facilities so as to meet the tax bills – particularly the hated water charge. As if working mothers who aren’t in a position to give up work, don’t have enough to feel guilty about! Her plight however, struck a chord with the nation, but not with me, I’m afraid, because the bottom line is that the working mothers who can’t give up will probably end up having to subsidise her. It’s a vicious circle, like Nidges’s.

Then, 50 years too late for me, the teachers decided to go on strike for a day in December and another day in January. They were always threatening action when I was at school, but to my great regret we never had the pleasure of even a single strike day.

I don’t agree at all with the notion of teachers assessing their own pupils. I got some terrible school reports in my time, which, I convinced myself, had nothing at all to do with my highly questionable application to study but everything to do with not being the teacher’s pet.

At the same time I believe that Minister Jan O’Sullivan has offered a huge compromise on Ruairi Quinn’s original plan, which should at least be considered by the union memberships.

For what it’s worth, I even believe that teachers’ pets deserve some recognition for initiative. They didn’t get to be favourites for nothing.

All of the above pales into insignificance, however, compared to the trauma of the 1916 celebrations. We’re at each other’s throats already and it looks as if a terrible beauty is being re-born. I think we should go easy on the celebration considering the mood we’re in, not to talk of the costs involved. But one thing is certain, if Heather Humphrey’s doesn’t get it right she’ll be beheaded.

Meanwhile, at the risk of incurring further ire and yet another assault from the inane elements of the Irish twitterati, I have to say I am beginning to admire the resilience of the Taoiseach, Enda Kenny. Before he was appointed leader of the country I remember commentators asking if he had the guts to take the hard decisions that would be necessary to pull the country back from the brink. I certainly don’t agree with all his decisions, but there is no question about his guts.

And having been mired in blood and guts over the past few weeks, courtesy of Nidge and his unsavoury colleagues, I would have thought you’d all feel the same. But it seems I was wrong, or else I’ve got my analogies in a twist again.