Martin Kiely Column - Minors can be proud of their efforts 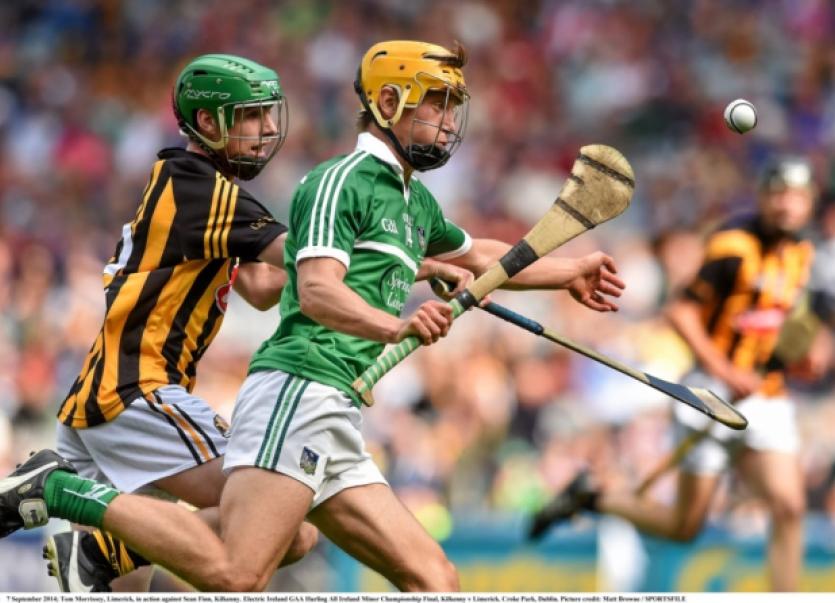 Once more the grave yard that is Croke Park for Limerick hurling yielded yet another name for the headstone last Sunday when the Limerick minor hurling team came up short against Kilkenny.

Like so many Limerick teams before them they failed to deliver on the promise they had shown during this championship season and few teams are better equipped to inflict pain than Kilkenny. They came into the game having won 20 minor hurling titles whereas Limerick was looking for their fourth. Such tradition has taught Kilkenny how to win big games, they expect to win when they play in Croke Park and for the majority of this minor final they were in charge.

I mentioned last week that finals are won when teams do the very basics of the game well. In this regard Limerick was struggling at times. They over used the ball. Also when a two handed jab lift was called for they persisted with one hand on the hurley and this on a number of occasions allowed Kilkenny gain possession. Limerick is not the first minor team to go to Croke Park with major expectation and lose. The prediction of minor games is like trying to pick the lotto numbers.

The Limerick management team left nothing to chance in the build up for this and other games and sometimes despite all the hard work, up pops a better team on the day and beats you. I and many others expected Limerick to beat Kilkenny, I felt they had better balance in their team overall but like so many young men before them the pressure of winning sometimes creates a barrier to performing on the big day. Many players that had played so well right through the championship never got going last Sunday. It was like the game was passing some of them by. Yes they tried and worked hard but when all is not in focus in Croke Park you will suffer.

It was a beautiful day for hurling, I met many Limerick fans before the game, they were full of hope and wanted so much to see this team winning. I had an interesting chat with Sean Burke from Garryspillane who played in the 1965 final which Limerick lost. Limerick had beaten a well fancied Tipperary in the Munster final and just like the current bunch much was expected of them. Sean is a good reader of the game and his words came to me during the match, “Croke Park has a way of playing with minds, deep down you feel all is right but it can be a daunting place for a young player.”

And so it was for a few Limerick players who found it hard to come to terms with what unfolds on All Ireland final day. Kilkenny came in as underdogs whereas Limerick learned little from the heavy defeat they handed out to Galway. In the lead up to the final Limerick had trained well and hard but it was Kilkenny who started the game better and they exposed some weakness in the Limerick backs.

What was very evident about Kilkenny was the energy they expressed. They were buzzing and moved the ball direct and fast. That caused problems for Limerick who were jittery in defence.

Limerick allowed Kilkenny dictate the game from the very start and that’s something this team is not too used of. Many of the more experienced players struggled to do the simple things well and the longer it went on the more difficult they found it.

Limerick was good enough to win this game but in reality they never showed up but still only five points separated them at the finish. That will be hard to take as the players and management come to terms with what might have been.

It took Limerick more than 15 minutes to get to the pace of the game but when they did they showed some promise. Cian Lynch was the captain and to his credit he played well and really went at Kilkenny when others were just not going well. Limerick took the lead for the first time on 26 minutes through a Ronan Lynch free but a minute earlier Conor Fitzgerald had a goal chance. He just failed to connect with the ball in the way he might have liked to and it went wide. That could have been a game changer.

John Walsh was proving to be a thorn in the side of the Limerick backs. I know the background of this young man, he was disappointed not to start the last day but he delivered a superb performance that saw him score 2-5. Seamus Flanagan scored a brilliant point just before half-time to put Limerick ahead but Walsh was on fire and Kilkenny led by two at the break.

The opening quarter of the second half saw Limerick play their best hurling and for the first time looked like they could produce what we know they have. Cian Lynch and Ronan Lynch had good points. Eoin McNamara had a very good day in Croke Park and made some fine saves while Peter Casey had a super shot saved.

They had their home work done on Casey and never allowed him the space. Kilkenny goaled when Walsh kicked to the net and while it put them four points clear I was impressed with the spirit Limerick showed to stay in the game.

Seamus Flanagan and Ronan Lynch landed three points in a row to leave just one between them. The final ten minutes saw John Walsh score another goal and while Limerick worked very hard they were unable to close the gap. The goals were the difference in the game. Kilkenny got them at the right time and Limerick just ran out of time. Indeed on the day I don’t think it would have mattered. It was one of the poorest games they have played as a team and there is just no accounting for that.

I watched Clare lose the minor final in 2010 and look where they have gone since. This weekend I expect them to win their third U-21 title in a row. Limerick didn’t have a strong team in 2005 when Timmy O’Connor was manager but still five of that team played against Kilkenny a few weeks ago.

The last couple of years have yielded a very good return for Limerick, winning back to back titles in Munster for the first time. Also, losing by a point last year in controversial circumstances and losing the final this year. That’s real progress and Limerick hurling will be well served in the future by it.

As a county we can be very proud of what this group of players and management have achieved. They have set a very high standard for others to follow and a continuation will see Limerick in the winner’s enclosure in the years ahead. Fifteen of the panel are underage next year and that has not happened before. That’s a very firm foundation to build from and I feel Limerick will be very competitive again next year.

The culture within the team and management was one of great respect and I think Cian Lynch as Captain put it best, “Our time as minors under Brian Ryan and this management team will be remembered for the respect we were shown and the professional way in which things were done. Nothing was left to chance and as players we were treated very well.”

This group of players have lit a new torch for Limerick hurling and I expect that flame to burn bright in the future for many of this current minor team. Be proud of what you have achieved, learn lessons from your disappointments and be humble when honours come your way again.