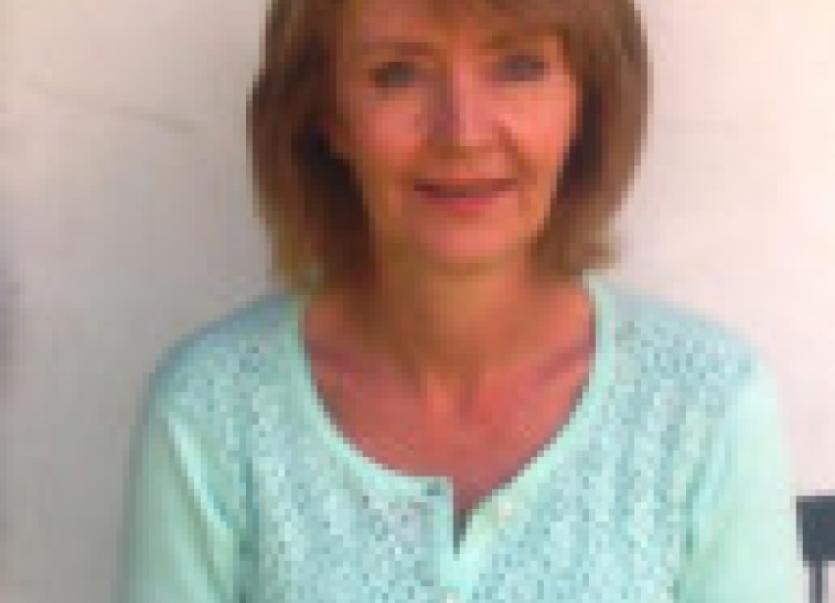 Born in Long Island, New York, my mother, Pauline Bourke, was originally from the North Circular Road, in Limerick.

Born in Long Island, New York, my mother, Pauline Bourke, was originally from the North Circular Road, in Limerick.

My father, Jack Ryan, was an Irish-American, who served under the US five-star General Douglas MacArthur in the Pacific during WWII. His Granduncle, Paddy Ryan, from Pallasgreen, Co. Limerick, was an Olympic Champion Hammer Thrower.

My mother returned from America, with my sister Maggie and I, after my father died from a brain tumour, aged 38, when I was only three years old.

Thereafter, we moved to Cratloe but continued to attend both primary and secondary convent schools, in Limerick City, during the 1970s.My enthusiasm for writing stemmed initially from my Grandaunt, Agnes Kinnerk. She was something of a wordsmith and when she died little poems that she had written were found here and there about her home in Rathbane.

Writing was not something that I had thought about doing previously but the anniversary of the death of an Irish-American friend triggered something deep inside of me.

Having worked most of my life in the pub trade, by 2010, I was unemployed and feeling pretty depressed with too much time on my hands and mounting debts. One day I was sitting at home listening to the radio about the recent new wave of emigration from the country. It brought me back to the early 1980s when my sister and I left Irish shores for America. More importantly, it made me think of a friend who had died, and in glancing at the calendar I realised, uncannily, that it was that particular friend’s anniversary.

With no experience of authoring anything, previously, I simply sat down at my desk and began writing, studiously, for up to three to four hours per night from September 2011.

Once I began, though, I soon gathered momentum and was sending my hand written reflections to my great friend, Mary Maloney, in Lisnagry. In fact, she transcribed, edited and collated the whole book. She, also, helped me to choose and design the graphics and photos for the covers and prelims. Having seen and heard about self-publishing in the media, I decided to go down that route and contacted Original Writing in Dublin about publishing my memoirs. By that time I had sold my home, was debt free for the first time in a long time and even had a few Euro left over to cover the costs involved in the book’s publication. Amazon, the world’s largest online retailer, will promote The Irish Girls in the American, British, European and Australian markets. The backdrop to my story is the emigrant experiences of my sister and I when we went to work in America in 1981. Maggie was one of the first students to go to the National Institute for Higher Education (NIHE), later becoming the University of Limerick (UL). She studied European Studies and specialised in languages. While on scholarship in Russia, she became friendly with a Russian-American girl called Lisa which led Maggie to believe that America was the place to be. Maggie asked me to join her and so the tale began. Today, Maggie is still living in America and has a successful career in education. Without saying too much, we failed to find work in New York. Maggie contacted her friend Lisa and instead we arrived in Providence, Rhode Island, where we eventually found employment with a traditional Italian Restaurant in an all-Italian neighbourhood.

Eventually, we realised that all was not as it had seemed to be initially.

It was about that time that Maggie met the leading character in my book, Kieran Hennessy, and began a romantic relationship with him. He was also a good friend who tried to advise two naïve young girls on the importance of being ‘street wise’. Although, Kieran was an Irish- American, it was not unusual, then, for the Irish and Italians to associate. It was our understanding that Kieran worked in real estate, but as time went by, we began to have doubts, as most of his time was spent whispering in huddled groups with Italians. The extent of his involvement with the ‘mob’ was only to be revealed through harsh experience.

Over a period of time, working in that small community, we heard whispers about what was really going on, but could not quite believe anything we heard.

The neighbourhood had a village-like feel to it, (very safe with doors unlocked and elderly people walking the streets unperturbed late at night). But it soon became clear to my sister and I that local people did not encourage curiosity or idle gossip. If questioning somebody, the most common response was ‘I know nothing’. Indeed, there was an edge to the place that you were wary of ever disturbing. Soon, Kieran introduced us to his ‘boss’. It was obvious from the start that he had money, drove a Cadillac, wore designer clothes and was always surrounded by ‘bouncer-type’ friends.

Although, initially suspicious of two ‘Irish girls’ working in an all-Italian neighbourhood, after an ‘inquisition’ in the local bar, we were accepted.

Indeed, I would even say that the locals became somewhat fond of us. It is only now, when I look back, with over thirty years of hindsight, that I am a bit wiser. In reality, we were blessed that Kieran and his boss actually liked us, because from what I know now, things could have turned out very differently. Hence, in order to protect the identities of those people involved in my story I had no choice but to change their names and locations!

The Irish Girls will be launched at The White House Bar on Friday, July 4 at 6pm when the author will do signings. You can obtain copies of Mary Ryan’s book in Limerick at: The Celtic Bookshop, Lucky Lane, and The Hunt Museum. Alternatively, you can phone: 087-2370276. For more information about online publisher Original Writing please see the website: www.originalwriting.ie/products/the-irish-girls