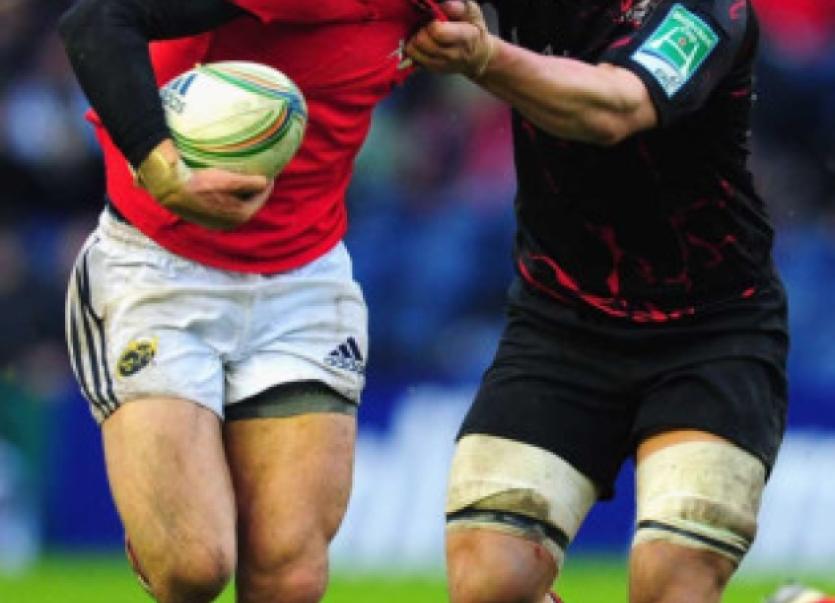 CALL it exceptional civic pride, if you like, or fierce loyalty or profound love of place, but only the foolhardy would ever dare disparage Limerick for fear of getting an Exocet up the transom – to half quote the late Paddy Donegan. Limerick people are very, very sensitive, and take umbrage at slights that we, across the border in Tipperary, are probably too thick skinned to even notice, thanks be to God.

CALL it exceptional civic pride, if you like, or fierce loyalty or profound love of place, but only the foolhardy would ever dare disparage Limerick for fear of getting an Exocet up the transom – to half quote the late Paddy Donegan. Limerick people are very, very sensitive, and take umbrage at slights that we, across the border in Tipperary, are probably too thick skinned to even notice, thanks be to God.

But whatever about the pride, it can’t be good for any community to be displaying an exposed nerve every time some fatuous commentator picks on it. Sometimes, the reaction is over the top – bananas, actually. Like last week for instance, when the city armed itself to the teeth in response to reported aspersions cast on the physical appearance of its citizens by some crass survey or other.

An international dating agency apparently listed Irishmen as the least attractive of homo sapiens descendants on the globe – Irish women came somewhere in the middle, which is strange seeing that Norwegian women were first and Indian women came six places behind the Irish ladies. The real insult, however, came when Limerick discovered that its inhabitants were the ‘least attractive’ of this unattractive Irish race – less appealing even than Dubliners, Galwegians, Corkonians and the inhabitants of Belfast. Plain balderdash is all I can say.

Adonis be praised, but instead of dismissing the whole idiotic survey with the contempt it deserved and telling the surveyors that we had moved on from our Narcissus state long ago, Limerick took the bait. Some of its best known citizens rose to the defence of its good looks. The inimitable Willie O’Dea and the renowned style icon, Celia Holman Lee, both cited Limerick’s long held reputation for beautiful women, a reputation of which the stupid international dating agency obviously wasn’t even aware. For God’s sake, they knew about it in the White House 50 years ago because, according to Celia, it was one of the first things John F Kennedy remarked on when he visited Limerick. Someone must have told him about the good looking women, because I don’t think he went to Cruises that Saturday night or to Dromkeen the following night.

Willie, meanwhile, delved into the rugby scrum to find some handsome Limerick men to counter the survey results. Naming three Limerick men of the Munster squad, he said he had no doubt but that the vast majority of women around the country would find them attractive. You’re missing the point, Willie. Rugby stars don’t even need to avail of dating agencies, and as well as that you’re forgetting that there are some handsome hurlers out there too who might also have improved Limerick’s showing.

The galling thing, of course, is that Limerick’s reputation for beautiful women, whatever about handsome men, is well founded in historic travel writings. I wouldn’t be a bit surprised if some future historian discovered that Helen of Troy was a Limerick woman and the first ships she launched were out of the Shannon Estuary. William of Orange was not impressed, however, because the women of Limerick pelted him with rotten apples from what was left of the city walls, but much later in 1812, to be exact, John Bernard Trotters in his “Walks Through Ireland” wrote: “Female beauty has been much and deservedly celebrated in Limerick”, while in 1838, Heath’s Annals reported of Limerick: “I saw a much greater number of beautiful faces, in proportion to the size of the town, than is usual.”

Even Thackeray himself was bowled over by the extraordinary good looks of Limerick people. Some commentators believed that it was in the genes – a mixture of Saxon and Celt, with a bit of Spanish blood thrown in. Not to talk of the Vikings!

But really, at the end of the day, beauty is in the eye of the beholder. The prototype of modern beauty, aka Kate Middleton, is universally achievable with a gym membership, a good wardrobe allowance, lots of make-up and hair extensions for those who don’t have such voluminous locks. And if that doesn’t work, there’s always  Photoshop.

On the other hand, standard beauty is more demanding in some cultures yet. There’s a tribe of people living still beyond the Burmese border, who regard a long neck – as opposed to a brass neck – as the ultimate in female beauty. The elongated look is so revered that little girls as young as five or six have to wear brass rings around their necks, with one added every year, to ensure the development of the swan like appearance.

The women of Mauritania suffer even more for the cause of beauty. They’re force fed as young girls because big is beautiful in Mauritania, and skinny isn’t even in the reckoning.

The bottom line, however, is that in modern Ireland and in Limerick in particular, I thought we had arrived at a stage where we embraced the diversity of humanity without apologies to anyone, and no longer judged people by their appearance, not to talk of being miffed at coming last in a beauty survey. But I was wrong. Appearance does still matter, it seems.