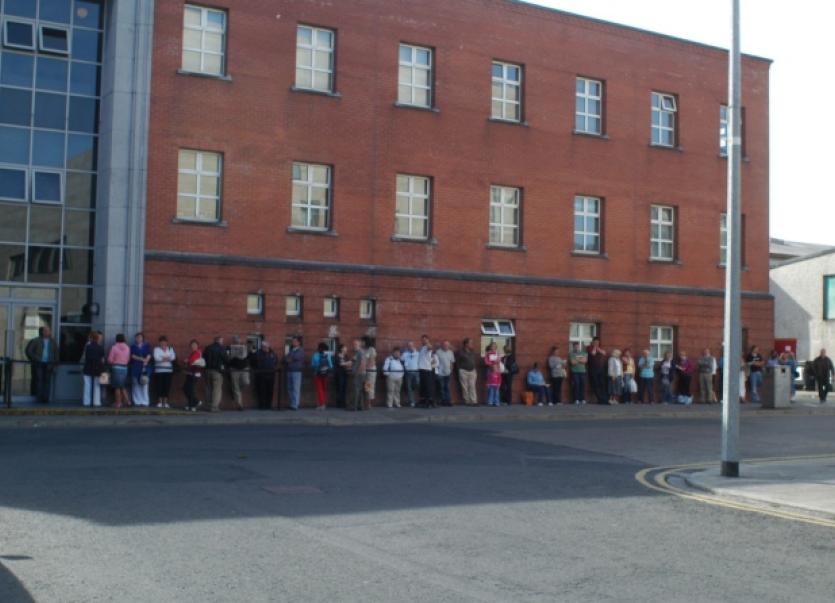 THE number of people claiming social welfare has fallen county-wide in the last month.

THE number of people claiming social welfare has fallen county-wide in the last month.

But there are more people signing on in Limerick city centre.

Figures just released by the Central Statistics Office reveal there are now 17,511 people claiming social welfare benefits in the county - down from 17,539 at the end of December.

In the city centre, there has been a slight rise in the number of people out of work, with 12,402 on the live register at the ned of December, compared to 12,415 now.

In Newcastle West, there are 2,804 people using the social welfare office now, in comparison to 2,854 at the turn of the year.

And in Listowel, a welfare office used by many on the West Limerick/North Kerry border, there are 2,802 people out odf work, up from 2,744 at the end of December.

Limerick City North councillor Maurice Quinlivan said the number of people out of work would be a lot higher were it not for the Jobs Bridge programme, and “record levels of youth emigration”.

“Long term and Youth unemployment, and under employment are at staggering levels. Limerick with its two cabinet ministers lags behind and we have the highest youth unemployment in Ireland at an estimated 50% in the city,” he said.

Cllr Quinlivan also said that in terms of job creation, Limerick is far behind the M50 Dublin area.

“I am calling on our local government ministers to wake up and show some sense of urgency in dealing with this situation. Limerick’s voters who believed their promises on employment before the last election have been badly disappointed. The last Fianna Fail minister in Limerick city [Willie O’Dea] failed to deliver on jobs and our two current government ministers seem to have as little interest, he said.

The councillor added that Ireland is too dependent on foreign direct investment.

“This narrow dependency has inherent risks given that the world is waking up to tax avoidance schemes. Indigenous business where the jobs are remains the poor relation,” he added in a statement.