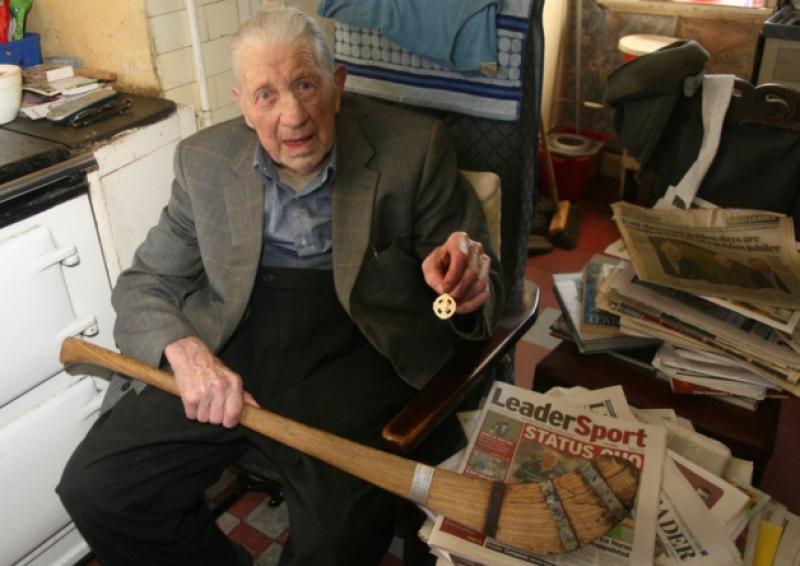 TRIBUTES have been paid to legendary Limerick hurler Tommy Cooke who has died in his 100th year.

TRIBUTES have been paid to legendary Limerick hurler Tommy Cooke who has died in his 100th year.

The Knockainey man who was the oldest holder of an All-Ireland medal, passed away at St Michael’s Nursing Home in Caherconlish.

In 1940, he was part of the Limerick senior team that beat Kilkenny in the All-Ireland final in Croke Park before an attendance of 49,260.

Following the death of Martin White in 2011, Tommy became the oldest surviving winner of an All-Ireland medal.

Oliver Mann, chairman of Limerick County Board said Limerick GAA “are saddened to hear of the death of Tommy Cooke - a player of distinction”.

“Tommy was a dual player with Limerick - he played both hurling and football. He was a founder member of Knockainey GAA club. On this sad occasion, Limerick County Board would like to extend our sympathy to his son, daughters and extended family.”

Tommy was instrumental in the foundation of the Knockainey club. He was appointed as the club’s first treasurer in 1936. Five years later, in 1941, Tommy was captain of the team when Knockainey won the south junior hurling championship. It was the first silverware for the new club.

Speaking to the Leader last August following Limerick’s Munster final win over Cork and prior to their semi-final encounter with Clare, Tommy remarked: “It would be great to win the All-Ireland.”

Casting his mind back to his own All-Ireland final appearance in 1940, Tommy recalled very different times.

“You would be deaf from all the cheering and shouting. In the second half we were playing against the sun and one of them on the sideline gave me his cap.”

Tommy explained how he had four tickets for the game - two for his parents John and Nan and another two for a Dr McDonald who had looked after his broken nose.

Tommy previously described Limerick’s Mick Mackey as “the greatest hurler I ever saw”.

“The power of the man was unreal,” he said.

Tommy’s name will now live on in the famous poem about the Ahane legend: “And from Knockainey’s storied mound this year a man came in, ‘tis Tommy Cooke, with slash and hook for Mick Mackey and his men”.