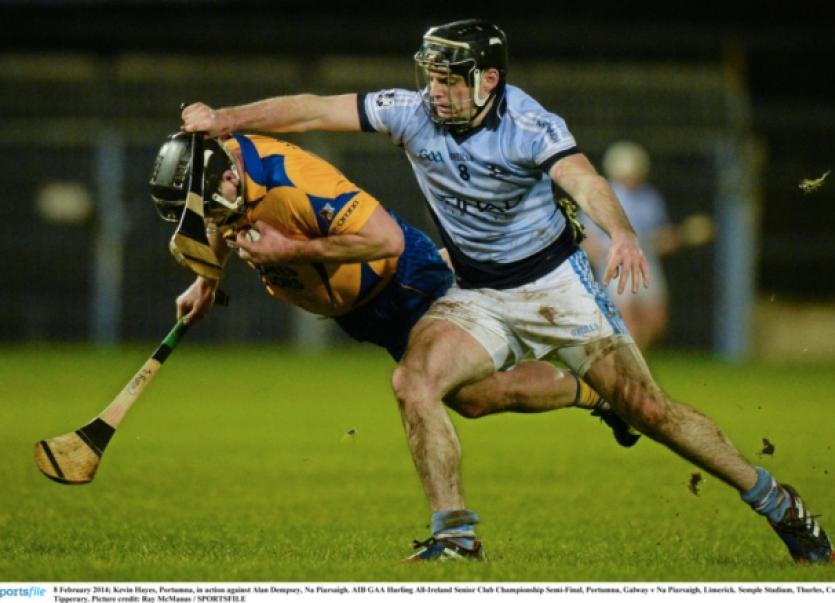 In his weekly Limerick Leader column, Martin Kiely talks Limerick, Na Piarsaigh and the Munster medals that have yet to be presented.

In his weekly Limerick Leader column, Martin Kiely talks Limerick, Na Piarsaigh and the Munster medals that have yet to be presented.

As far as National League promotion is concerned next Saturday evening’s opening round contest against Cork could well be one of the most important games Limerick will play this year and the winners will be strong favourites to advance to Division 1 hurling next year.

There is no final in Division 1B this year and that will concentrate the minds of both management teams in advance of this very important game. Limerick has failed to come out of this division over the past few years but unless they overcome Cork in this game they could well face yet another year in the low division. Limerick has had lots of time to focus on this game and I am sure they will be well focused for what will be a rematch of the Munster final.

Limerick lost out to Clare in the Waterford Crystal and since then they have played a couple of challenge games against Laois and Waterford. Both teams will be short some first choice players but I am still expecting a very competitive game. Limerick have a new management team in place and that always brings a freshness and supporters will be eagerly awaiting to see what style and team selection the Limerick management team will deliver.

Limerick are the current Munster champions and it’s fair to expect that they will move up a further gear this year. The general feeling around the county from supporters is that they would like to see the team move up to Division 1 and that would be good for the long term development of the younger players coming through. Cork has added to their panel from last year and they welcome back some dual players and that will boost their chances in the year ahead.

Some of those will be on view on Saturday evening and Cork will want to win this home game. Limerick need to strengthen the overall balance of the team and in this regard some new players need to be found and also the bench needs to be strengthened. Over the past couple of years little enough player development has taken place and that now needs to happen, Clare and Tipperary have made big progress in this regard and Limerick now need to build a base of players for the next few years.

Limerick need to go to Cork and win this game, they need to build momentum and get this team in a winning mode once again, many were very disappointed with the performance against Clare so in this regard they will want to see a big improvement. Limerick has had a clear run in the build up to this game and I would expect them to put on a big performance against Cork.

The National League is not what it once was, in the past teams had a chance to blood new players but such is the demand to win games that many stick with the tried and trusted. Limerick knows how important this game is and we must take advantage of it, we don’t want to hear who is missing or injured because it will be the same for Cork.

We must lay a marker in this game and we must come out of Cork with the two points secured because if we do then I think it will be a great boost to the entire setup. The time has come for some lads to get a proper chance to move up a step. Unless some of these lads are promoted we will suffer later in the year.

The team will have gained a lot from last year’s win in the Munster Championship and that should stand to them in the year ahead, they must bring some of that to Cork next Saturday evening and I am expecting a big Limerick crowd to follow the team for this game.

If we fail to win this game then I feel it will be hard to motivate them to attend lesser games. It’s pretty clear, win this game and the entire year opens up for Limerick and it will also provide a great injection to the game and the supporters.

Semple Stadium has proved to be a graveyard for many Limerick teams in recent years and little changed last Saturday evening when Na Piarsaigh’s desire for a place in the All Ireland Club Final came to an end at the hands of Portumna of Galway.

It was a bitter, wet and cold evening for hurling and when it mattered most it was Portumna that had the tools to get them over the line in this game. The big difference between the teams on the night proved to be Joe Canning because it was he who took charge and delivered a display of work rate and class that Na Piarsaigh simply could not match. Now, he was lucky to finish the game for his challenge on David Dempsey but overall his ability to control matters played a crucial role in deciding this game.

Should he have been sent off? Yes, but the incident did not decide the outcome of the game. Na Piarsaigh had a few players that never got into the game and that was always going to put them under pressure, they needed a massive team effort to overcome a team like Portumna who have such experience at this level.

Portumna delivered an early blow and from here Na Piarsaigh were chasing the game, to their credit they did have a very good spell midway in the first half and that saw them going in level at half time.

Kevin Downes was hurling well and took on the Portumna defence at every chance, Ronan Lynch showed his class early in the game and scored some fine points but his two line balls, both from difficult angles, showed this lad to be a player who could well match the best we have produced in Limerick.

Portumna were direct every chance they got and also played the ball out the wings and drew men and left the centre open for the incoming runner. At this level you need your big players to respond and in this regard Na Piarsaigh had a few that were off colour on the night.

Na Piarsaigh have been the form team in Limerick for a few years now and have won the Munster Club title on the two occasions that they have come out of Limerick and they will be disappointed not to have made the final on St Patrick’s day, Portumna are not the team they once were but the three times champions were cute and few would back against them now as they look to win another title.

For Na Piarsaigh it’s back to the drawing board but knowing this club they will rally again and will be ready for the local championship.

Medal situation is a real joke

Trying to organise the presentation of medals is proving to be a real problem for the County Board, once again it was called off last week and it’s really turning into a joke at this stage.

This of course should have been done last October or November and that way it wouldn’t be getting in the way of teams preparations.

The medals now should be handed out quietly and let all concerned get on with the difficult task of getting ready for the championship.

The All Ireland Champions Clare, who had far less time than Limerick to organise things, got theirs done in December and that leaves them to focus on what matters most.

The County Board need to take control, make the right call for the good of all our teams and if others are to be honoured for past deeds then do so at the end of the year.

Put the money they intended to spend on this into underage hurling and football and that will have a long term effect.