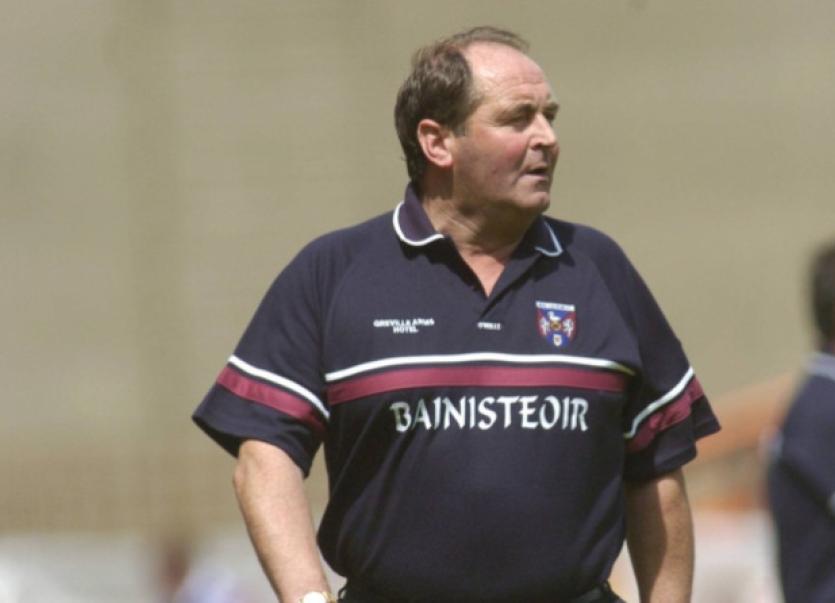 Bizarre, unusual and unforgettable are just some of the words that could be used to describe last week’s special County Board meeting at the Kilmurry Lodge Hotel.

From the outset it appeared it would be rather routine as the agenda suggested it wouldn’t last too long. Instead, it will be remembered as the night the clubs fought back and the night that some at the top table dropped the veil and revealed what lies behind the mask.

Over the past 18 months or so I have hinted in this page just how frustrated the clubs were getting and how they felt it was a top-down agenda instead of bottom-up.

Ego and arrogance were commonplace with a few – and I stress a few – at the top table and many clubs felt a lack of respect.

Some at the top table felt they could walk on water but their performance at this meeting saw them reach for the life jacket on a few occasions.

Power can be consuming in the hands of those who appear to lack the grace of humility but time and patience have a way of dealing with those who fail to show respect.

This meeting proved the County Board is split and a common goal does not exist. Some, I feel, will have to ponder over their time at the top table.

Long before this meeting the pot had been boiling in Limerick GAA and the County Board were so far removed from the views on the ground they failed to see just how angry many clubs are.

This meeting was called to ratify the U21 hurling and football management teams, as was shown on the agenda, but some clubs were unhappy that the agenda had no A.O.B.

This is the sort of arrogance the clubs were talking about but also another display of showing a real lack of respect for the grassroots of Limerick GAA.

I could sense in the days before the meeting that clubs were far from happy that Tom Ryan’s nomination as Intermediate manager was blocked by the officers of the County Board. It went to a vote and Tom got the call from Michael O’Riordan to tell him he had failed to get the backing of the officers.

The chairman, Oliver Mann, addressed the meeting and told delegates he was seeking the approval of the clubs to allow Michael O’ Riordan, Donal Morrissey and himself to source the next Intermediate hurling manager.

This was the spark that set the fire alight and from here on those at the top table were unable to extinguish the anger that was in the room.

Indeed we saw how dysfunctional the County Board is when vice-chairman Pat Heffernan took the microphone.

He was part of the five man committee that selected Tom Ryan and his selectors and he was not holding back.

He felt the committee had done a good job and looked for common sense.

It’s not normal that a vice-chairman would speak against his own board because when a decision is voted on by officers they agree to back the majority, whichever way it falls.

Heffernan wasn’t onside and it was sad to see such a divided County Board. Pat Heffernan can’t have it both ways, but it appears to me he has a decision to make.

In all my years covering Limerick County Board meetings this was the first time I saw those at the top table cornered.

They had no place to hide and those on the floor could see the panic in their faces.

Paul Foley said he didn’t want to be at variance with the board but he felt the people put forward by the committee of which he was a member were honest and inspiring and he urged the top table to allow their names go to the floor.

The Intermediate appointment was not on the agenda and the County Board didn’t want to deal with the matter but the clubs on the floor were like hungry hens – they kept pecking.

Michael O’ Riain, the Irish officer on the board, made a solid contribution and said it was not his nor the board’s duty to nod everything through. He spoke with some passion and made some valid points but from the County Board’s point of view it came too late because it was clear the clubs at this meeting had lost confidence in them.

The chairman, Oliver Mann, was under pressure. The breathing at the top table was now heavy and they could see they were losing the battle.

Ger Hayes of Claughaun gave them a window when he said the board officers should adjourn the meeting for 15 minutes but again the chairman failed to grasp the nettle.

Jim Dooley said: “We expect leadership and we are seeing very little of it tonight. A committee was selected to pick a management team. They should be appointed and why were they rejected?”

Delegate after delegate wanted to know why Ryan and Co were rejected, but no answers were coming from the top table.

The secretary, Michael O’Riordan, could see the board were in real trouble. He raised his voice in what looked like his way to send the board’s message home. He spoke about how in times past when Limerick took a step forward they had the knack of very quickly taking four or five steps back.

“The mood down there would seem to be that we are lacking in leadership,” he said, and in the same breath he let fly at Emmet O’Brien and chiding: “It’s no laughing matter, Emmet, and it’s showing a lack of respect for someone when they are speaking.”

O’Brien moved off his feet like a greyhound after a hare and said:“I was not laughing at you. Ye like to give out the dirt but ye can’t take it. Don’t turn the gun on us”.

O’Riordan dropped the veil and his outburst might well have done him long-term damage, because clubs had much to say about his words after the meeting.

Some lads who wheel in and out when it suits them did attend this meeting – and that’s not right either – but it was clear they came with a plan.

Hughie Murphy said a sub committe of a sub committee had come in to propose the football management and yet the clubs on the floor had no power.

Donal Morrissey, the county treasurer, spoke and said: “If we have to come back here about every decision we take then we are wasting our time. I don’t have the time to waste.”

Now, Donal, you have trotted this out before and to be honest, the clubs are getting fed up with it. Those with green and white in the blood supply have given hour after hour to Limerick GAA and they don’t worry about it.

Donal Morrissey, no doubt, has the talent to do his job as treasurer but it would appear he would prefer to do so without being encumbered by the lads on the ground. It’s not too long ago that he was well able to pull low on the board from the other side of the table.

Indeed, Hughie Murphy in reply to him put it plain and simple when he said: “You are wrong. You asked us for support for the various projects which have run and we are entitled to have our say from the floor.”

His words hushed the top table.

The meeting had to be abandoned because the County Board knew that if they allowed Paul Foley’s motion to the floor they would have lost heavily.

I know better than most how some at the top table operate and in due course I will have more to say.

If they don’t like the message or if you don’t follow their wishes they will find ways to make life difficult for you.

It appears, at last, that the grass roots are fighting back. They won’t take the sort of administration we have witnessed over the past few years. The County Board has to reflect and it might just want to change how it does its business.

The County Board are the elected body and they abdicated their responsibilities.

I will follow up on this matter next week.