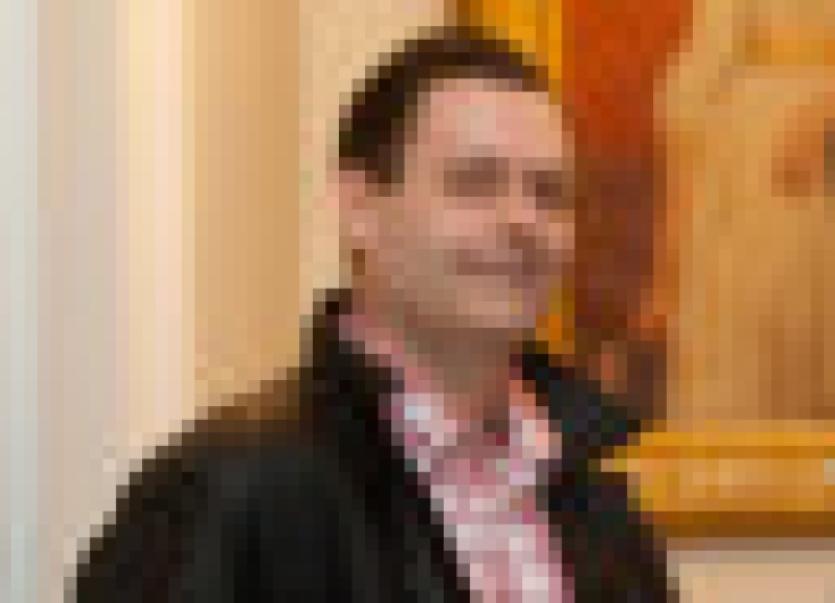 Born in Galway I now live in Limerick.

Born in Galway I now live in Limerick.

My ‘role models’ growing-up were my own parents and other family members. All of my father’s family have the surname ‘Hayes’ and are Limerick through-and-through. I was educated at National University of Ireland Galway (NUIG), the National University of Wales, Aberystwyth and University of Limerick (UL). I have been in my present job at UL for nearly 20 years. My role is to liaise on behalf of the Library with a number of departments in the Faculty of Science and Engineering.

In this job you would certainly want to have an abiding interest in helping people access knowledge/research.

That would be an important starting-point. However, there is not enough discussion about education or research in Ireland, particularly, as it relates to the third-level sector or educationalists. Many of the current debates relating to education and research occur through the media and so are ‘media-driven’ - which is very strange. My job is the same as any other job in that it has easy as well as more difficult aspects. C’est la vie! There is an over-emphasis in some sectors of our education system, and in Irish public life generally, on ‘targets’, ‘reports’ and ‘marketing’. Forms and reports cannot solve all our problems. One thing is certain, however. Everywhere you go in the world, the institutions which hire the best teachers and the most hard-working researchers, and those which place an emphasis on the best education possible for their students, continue to top the rankings and attract the best students. It is to these colleges that parents look when their children are applying to enter third-level. Libraries must to be more proactive in terms of sourcing funding. Also, they have to focus, to a greater degree than ever, on playing to the strengths of their particular institution, local community or partnership.

Ireland can only progress as a country if we increase our standard of education.

There has been a ‘dumbing-down’ of education here at many levels over the past decade. Ask anyone who emigrated from Ireland in the late-80s and early-90s and they will tell you the same thing. Much of what passes for public debate in Ireland, today, tends to be agenda-driven and it is generally of poor quality. Ireland abolished third-level fees in 1995 and has one of the highest populations of young people at third-level. Have we got a better education system than in other European countries, are we producing better graduates than other countries, is the research good/beneficial, is there a good publisher out there for the research and are the people you are working with hard workers, who are able to write well and to see a project through to the end? These are all highly debateable issues in the current educational environment.

We haven’t always been good in Ireland for supporting or employing our own.

Better investment in our primary education system would be more effective than eliminating fees and ensuring that children from poorer backgrounds go onto third level education. Despite this, the amount of money that the Irish Government currently invests in primary and secondary education, in Ireland, is still quite low relative to other countries. The same is true for to children with special needs where there have been many cuts, recently. Many of my children’s generation, who are still in National School, have never known anything other than a prefab – and this is usually despite the best efforts of parents and school-staff to get their new school built.

In my spare time, I enjoy travelling to the West of Ireland.

It is one of the most beautiful places in the world when the sun is shining and has some of the friendliest people you will meet anywhere. I like reading, and writing (in both Irish and English). I, also, do freelance writing for various newspapers including The Irish Times (Irish-language sections) and Beo.ie. I have written in both languages, on subject matter related to the history of Irish migrants and to Irish Nationalism. Other than that, I enjoy hurling, soccer, Gaelic football and rugby competitions as well as attending family events – birthday parties, baptisms, weddings with my five children. Both my wife Caroline and I come from large families so there is always plenty to do around the house and plenty of people to visit.

Recently, I worked on an archive of unique Circus photos taken during the latter years of the 1800s and the early-1900s.

It was part of an application a relative of mine, and I, recently made to the Limerick City of Culture competition. All of these photos were taken in the environs of Co. Limerick and some of them are amongst the earliest photos ever taken in Ireland. As a result they have great value from a socio-cultural point of  view.

There were only a few cultural historians and artists taking photographs of Irish working people during this period of our history. Their ranks included the playwright J.M. Synge who took photos of local people on the Aran Islands and (at a slightly later period) Father Browne. I am also co-editing (with Bronwen Walter, Emeritus Professor of Irish Diaspora Studies, Anglia Ruskin University, Cambridge) the memoir of a Galway-born woman who emigrated to Britain and worked as a nurse, there, during WWII. This book is due out from New Island publishing in the spring of 2014.