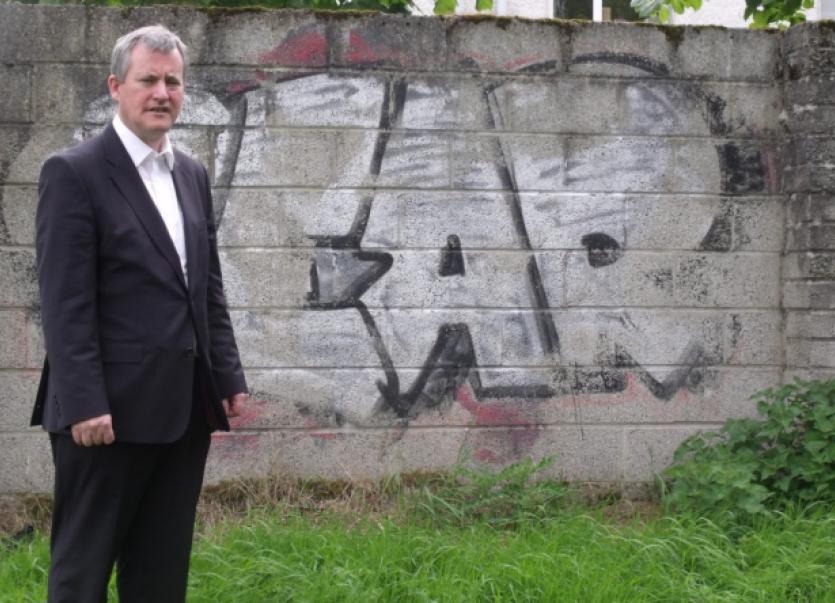 LIMERICK’S Deputy Kieran O’Donnell has proposed a tax on aerosol paints that could be used to fight what he says is the growing blight of graffiti.

LIMERICK’S Deputy Kieran O’Donnell has proposed a tax on aerosol paints that could be used to fight what he says is the growing blight of graffiti.

Proceeds from the levy - which he said would not be imposed on commercial users - would be ringfenced for graffiti removal and for the provision of designated graffiti walls, the Limerick TD said.

Deputy O’Donnell was commenting after securing a commitment from Environment Minister Phil Hogan to review litter laws insofar as they relate to graffiti.

That pledge was delivered after Deputy O’Donnell raised the issue of graffiti in Castletroy in the Dail. The council, he said, had agreed to remove tags sprayed on a wall along a stretch of roadway known locally as Superquinn Road.

“Many of the people affected bought their houses at high prices and walls at the back of their homes are being graffiti-ed, which is upsetting for them,” said Deputy O’Donnell.

While he welcomed departmental funding available to local authorities on graffiti awareness campaigns, Deputy O’Donnell said that the section of the Litter Pollution Act under which councils take enforcement action makes no specific reference to graffiti.

Minister Hogan replied he was “fully aware of the blight on communities which graffiti causes and I am totally committed to tackling graffiti vandalism”.

And while local authorities had powers to clean up or compel property owners to clean up unsightly graffiti, gardai could also prosecute offenders for criminal damage.

Minister Hogan noted Deputy O’Donnell’s “suggestion that a levy would be imposed on aerosol paints”.

“I appreciate the helpful nature of his comments. I am prepared to re-examine the legislation to see where graffiti could be specifically targeted. There is always room for improvement and we can certainly review the legislation.”

Welcoming these remarks, Deputy O’Donnell stated this week it was “critical to review the Litter Pollution Act 1997”.

“This is the relevant law in this area but contains no specific mention of graffiti. I am very pleased with the commitment that Minister Hogan gave to me in the Dail to review the Litter Pollution Act in the context of a national policy on the issue.

“The Minister and I have agreed to continue working together with his department on this and I am hopeful this will give rise to an enhanced national policy to effectively deal with something that is so upsetting to residents.”