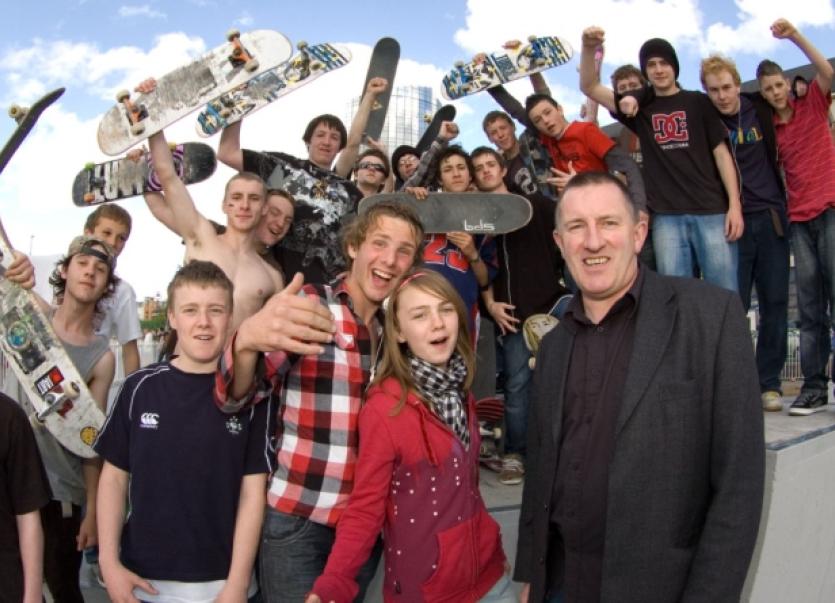 Following years of campaigning from youths across the city, the skate park was finally opened by then Mayor John Gilligan on Friday, July 18, 2008.

And this Thursday, to mark the event, skaters from across the city will descend on the Dock Road to celebrate.

The party is set to kick off at 5pm, while a skate competition will take place on Saturday afternoon.

Campaigners for a skate park in Limerick fought for more than five years against those concerned about anti-social behaviour.

But there was rejoicing when funding was secured in 2007 for the project, with the government and Limerick City Council chipping in €125,000 each.

Labour’s northside councillor Tom Shortt, who was part of that campaign says five years on, he still gets thanks from parents for his work in bringing the scheme to fruition.

“People still come up to me. Among young people themselves, and among parents, I constantly get expressions of thanks for having worked on the project for so long,” he said.

Cllr Shortt added that the Mount Kennett skate park is busier than ever.

“An older generation of skaters now in their early twenties who campaigned to get the park built have been joined by a new wave of talented young skateboarders from around the city making full use of the park every day especially during the school holidays,” he explained.

He added that the skate park is “an example of good urban planning,” adding: “The skateboarding community have made a proposal to host a festival weekend designed to attract skaters from all over Ireland and abroad to Limerick during City of Culture 2014.”

Cllr Shortt said he wants to see more facilities in the city centre for young people, including handball alleys and BMX dirt tracks.

But before this, he wants to see the planned youth centre built in Ballynanty.