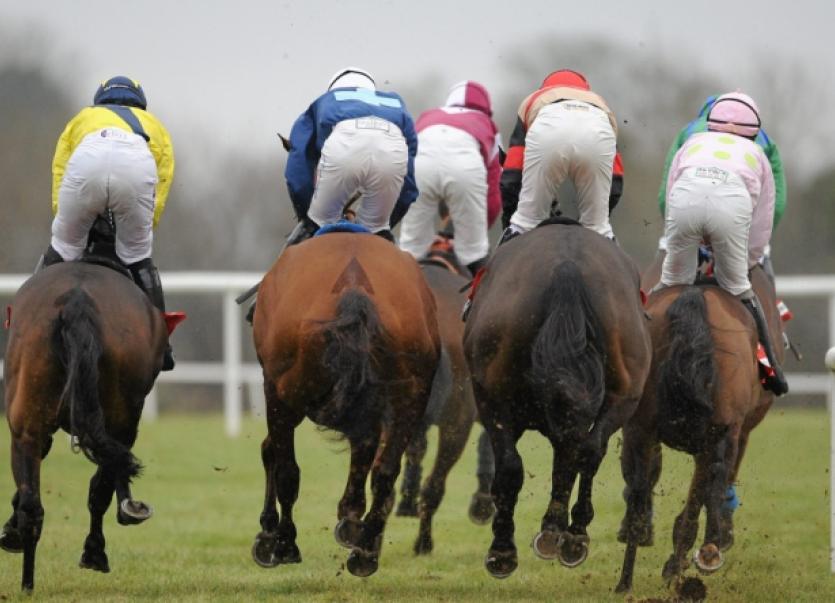 In her weekly Limerick Leader column, Katie McNamara writes about local success on the horse-racing scene.

In her weekly Limerick Leader column, Katie McNamara writes about local success on the horse-racing scene.

County Limerick trainer Michael Hourigan made the long trip up to Roscommon on Tuesday evening worthwhile, as he saddled the talented looking Daweran to land the spoils in the Athleague Maiden Hurdle over two miles, by two and three quarter lengths.

The Barry Geraghty ridden four year old had previously finished runner up on his last two starts, but went one better on the day. Geraghty commented afterwards: “His form projected he would win a race like this

He jumped well and I was always confident he would get there. He’s only a four year old so he should improve and you won’t see the best of him until he goes chasing”.

It was a great week for Hourigan as he followed up on this victory in Sligo on Sunday with the Ruby Walsh ridden Sherco Sports. The daughter of Fruits Of Love took the second division of the Ladies Day At Sligo 8th August Handicap Hurdle over two and a half miles in convincing fashion.

The 12/1 shot had little to show form wise, but the booking of Ruby Walsh signaled that Hourigan had faith in the six year old’s chances as she took the event by three lengths from Penny’s Tune.

A long trip up to Downpatrick was also made worthwhile by Newcastle West jockey Mark Enright, as he steered the Andy Oliver trained Jabus to victory in the Jumping Leprechauns Handicap Hurdle over two and a quarter miles.

The son of Bob Back was given a positive ride by Enright who made all on the 14/1 shot to take the contest by a very impressive 18 lengths.

To follow up on this, Enright rode the Michael McDonagh trained ‘Theonewiththeleg’ to victory in the Irish Stallion Farms EBF Mares Maiden Hurdle over two miles at Sligo the following day.

The daughter of Definite Article was given a well-timed ride by Enright who produced his mount to challenge two hurdles from home.

However, the 9/2 shot had to battle hard in the closing stages to keep her head in front as Jolaine threatened in the final strides before the line.

To top off a wonderful day at Sligo for our Limerick raiders, Andrew McNamara Jnr partnered the John Joseph Hanlon trained Abolitionist to victory in the first division of the Ladies Day At Sligo 8th August Handicap Hurdle over two and a half miles.

McNamara tracked the leaders throughout and got an early run on the rest of the field as he sent the well supported 9/2 shot into the lead before the second last where he stayed on gamely to take the contest by three quarters of a length from Majestic Benbulben.

The 10/3 shot mainly lead from start to finish and was given a positive ride by Lee, who continues to improve and make a name for himself in the saddle.