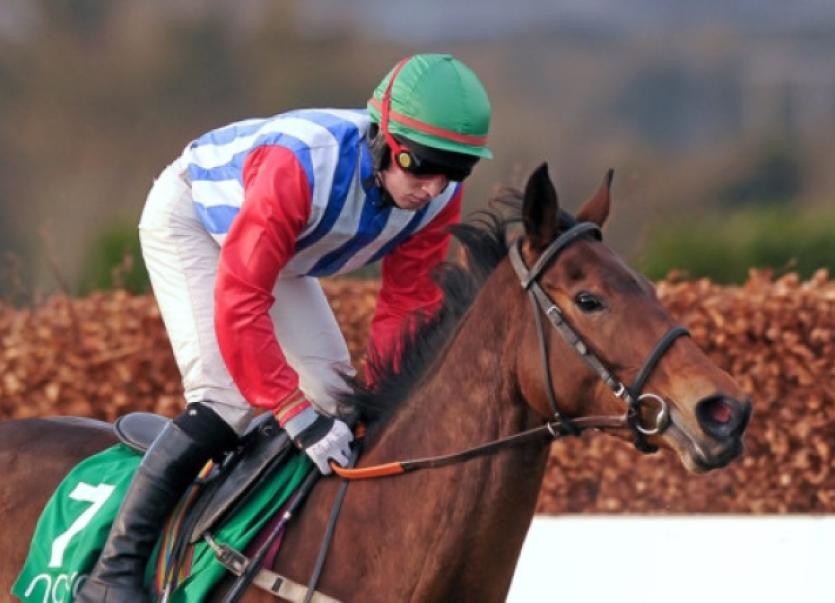 In her weekly Limerick Leader racing column, Katie McNamara looks back at a successful Punchestown festival

In her weekly Limerick Leader racing column, Katie McNamara looks back at a successful Punchestown festival

With a record opening day attendance of over 18,500 people, this years Punchestown festival was destined for success.

The opening day of the meeting saw our very own Enda Bolger take the Kildare Hunt Club Fr Sean Breen Memorial Steeplechase for the Ladies Perpetual Cup, with the Robert Miller-Bakewell owned Zest For Life.

The nine year old was winning the showpiece for the second time in his career after taking the same event back in 2010 with Nina Carberry on board. However, Patrickswell amateur Tim Donworth was on board this time round and did not disappoint, steering the 4/1 shot to victory by seven and a half lengths.

It was the 18 year old’s first victory of his short career.

The JP McManus owned Near perfection was the more fancied runner for the Bolger team but unfortunately he unshipped his rider early on at the water jump.

This left Donworth flying the main flag for Bolger in the race he has such a successful history in.

Zest for Life was ridden prominently and led after the 16th in the competitive three mile contest.

His main danger came in the form of Ma Chara, but this one quickly faded after making a mistake at the second last.

Bolger commented afterwards: ‘That’s the jockey’s first winner, he hasn’t even ridden a point to point winner. He’s eighteen and he rides out for me in the mornings.

His mom and dad breed a lot of flat horses. I’m chuffed for him and also for Robert who’s had horses with me for 15 years. I’m delighted with that-this horse might go to France now. He ran last year in a smaller race out there where he unseated his rider’. The son of Lord Americo also ran on Saturday, the final day of the meeting, in the Irish Field Steeplechase, where he put up a gallant fight only to be beaten by a short head under Donworth again.

Zest for Life is clearly in the form of his life and if the gelding heads to France in a month or so as planned, he may go well at a fair price.

It was an awful pity to see the withdrawal of the Charles Byrnes trained Solwhit down at the start of the Grade 1 Ladbrokes World series Hurdle.

After all the hype and comparisons with the famous Quevega, it was destined to be an exciting finish and I have no doubt in my mind but that the son of Solon would have put it up to the Willie Mullins trained mare. However, the welfare of the horse is of utmost importance, and due to the showing of blood in Solwhit’s nostril down at the start, it was better to be safe than sorry.

Byrnes explained: ‘There was blood coming from his nose and it turned out to be a scratch but Davy (Russell) had no choice but to withdraw the horse because there was blood there’.

It is obviously frustrating for connections as it would have been a fantastic race but there’s still next year to look forward to with the very talented gelding.

Patrickswell trainer Michael Hourigan has a lot to look for ward to with his promising mare Tropical Three, who took the ITBA Fillies Scheme Premier Bumper on the Friday of the prestigious festival.

Having won her point to point first time out at Inch this time last year, she was placed in two hurdle races since and was running in a bumper for the second time.

The daughter of Tropical Ocean made virtually all under Johnny King and was only mildly troubled by the Willie Mullins trained Bluemountainbeach in the straight, where she asserted her lead to take the race by three and a half lengths.

Hourigan commented afterwards: “She ran in Listowel on terrible ground and all she did was stay on. I was running her over hurdles to keep her for this race.

“I was very worried about the ground but it all worked out well. She has a wonderful pedigree-she’ll probably get a break now and start fresh at the end of September.

“She was bought with the intention of this race. The money was spent and we took our chance’.

To top of a great week, Newcastle West jockey Mark Enright was crowned champion conditional of the year.

With 35 wins to his name, Enright has had an incredible year which saw him ride plenty of winners which included two doubles last December.

The 20 year old has plenty to look forward to next season and providing he remains injury free, he will not be far from the headlines once again.