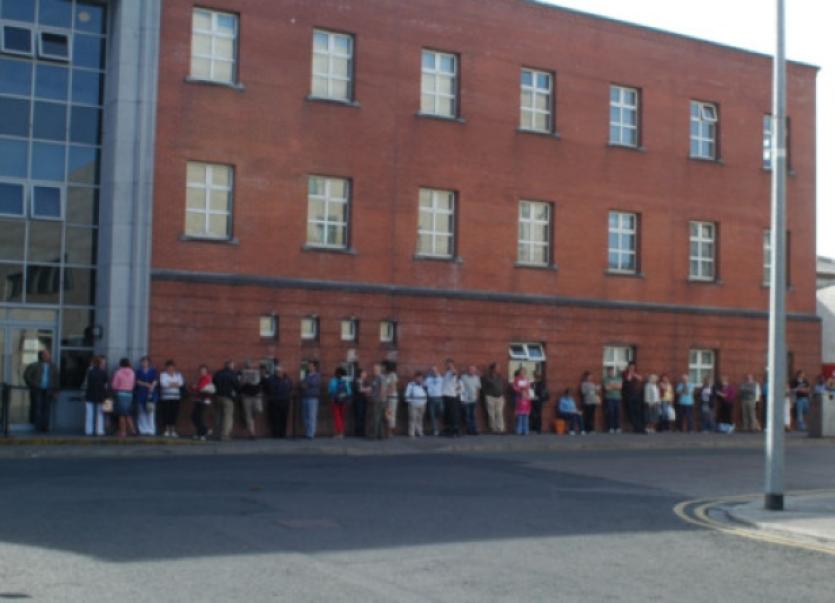 THE number of people out of work in Limerick fell slightly during April.

THE number of people out of work in Limerick fell slightly during April.

Data just released through the Central Statistics Office show that there are now 13,154 people on the Live Register in Limerick - a drop of 168 people.

The number of people signing on at Dominic Street has fallen by more than 800 people since April 2012 - but many critics say this is due to forced emigration.

Northside Sinn Fein councillor Maurice Quinlivan said: “Unemployment has remained at the rate at which it was when this government came to power, despite levels of emigration not seen since the famine. A huge problem emerging is the almost 57% of all those unemployed having been without work for at least a year.”

He called on the government to put in place a stimulus package, saying its own policies are not working.

“Despite continued high unemployment the government claims that their policies are working. It is clear that these policies are failing our people, our workers and our economy,” he said, pointing out that the city has 17 unemployment blackspots - the highest of any local authority in the country.

In the county, the number of people on the Live Register at the end of April was 18,754 - down 283 compared to the end of March.