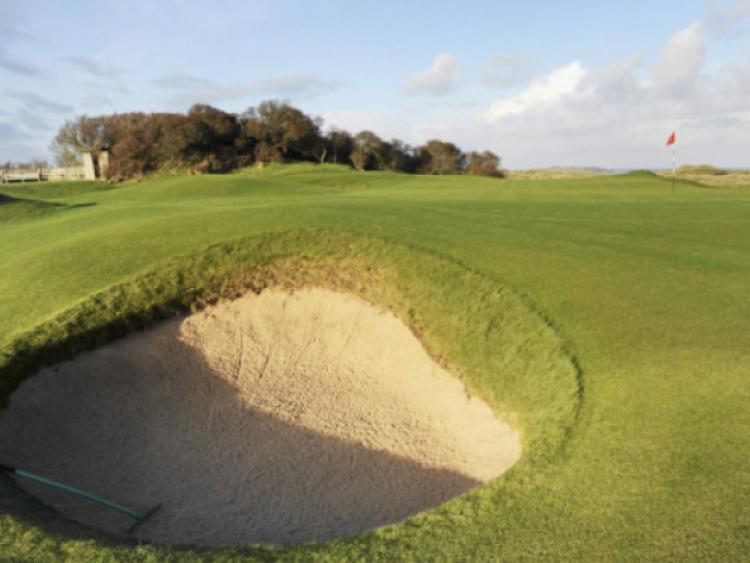 Spanish Point’s ancient golf links overlooks one of the most beautiful and dangerous stretches of coastline in the West of Ireland, as vessels belonging to the ill-fated Spanish Armada found out to their cost in 1601.

Since 2008, the quirky, 9-holes course that was founded in 1896 has been quietly undergoing a transformation. It was only this January that all of the careful planning and diligent graft could begin to be appreciated when a new routing sequence was sufficiently ready to be put into play. It’s amazing what can be done with 14 extra acres when it consists of the right turf and is in the right place.

Of course, the helpful attitude of the family of the late, President of Ireland, Patrick Hillery who generously facilitated the acquisition of a strategic and precious parcel of land that was in complete harmony with the existing turf played a huge part in the result that ‘allowed’ the course to be not only lengthened but altered tastefully and substantially too.

When the late, Austin Skerritt of Lahinch and Rosslare fame was called in to redesign ‘a few new greens and a slightly longer routing’ his minimalist approach was not entirely due to a ‘small budget.’ He knew that he had a diamond in his hands that didn’t require much polishing. The final result is a perfectly proportioned routing that flows beautifully.

The new, nerve-wrecking, climax with the former 3rd, 4th and 5th holes becoming the last three climb up, across the peak of and over a colossal dune that would not be out of place at world renowned Doonbeg and Lahinch nearby.

On the 7th, any timidity is bound to be expensive. One poor stroke at the 8th will destroy a good score in the making. The 9th is as fine a par-3, as on any championship course. Sadly, Austin Skerritt passed away before his plans were finalized but he has left a legacy that will be appreciated for a long time to come.

Way back in 1896, the success of the golf course at Lahinch, 20-miles away, persuaded the Moloney family, owners of The Atlantic House Hotel to turn farmland into golfing ground in order to attract prospective guests.

The club president, Tom Mernagh, has been involved in golf for 55-years. Introduced to the game as an 11-years old ‘lesson caddie’ at Newlands Golf Club, Mernagh understands golf from the inside.

A lesson caddie was engaged to pick up the balls when the club pro, Harry Murphy, gave lessons. Tom told me proudly how strictly caddies were trained in those far-gone days. It gave him an appreciation of etiquette that has stood to him in business and in all aspects of his life.

“I received much of my general education through golf and met many wonderful people and characters, the most famous of them was Henry Cotton.” He told me.

With commendable patience and dedication President Tom is making sure that the behind the scenes group of members charged with bringing Skerritt’s design to a grand fruition, succeed. New greens at the 2nd, 4th and 6th are already in play and a new green at the excellent 1st hole will be in action presently.

“It’s a bonus to have bone dry turf all year round and be able to move machinery at will. Few other Golf Clubs would dare to do so in winter and the improvements will go on for another few years yet.” Says the 6-handicap, President.

Membership at Spanish Point is open to both ladies and gentlemen at the unbeatable value of €369 + GUI and insurance levies (if applicable.) Daily green fees (go around as often as you like!) for €25 at weekends and €20 on weekdays. My acid test of a golf course is, wanting to play it again and again. Spanish Point now meets that simple standard. You can be sure I’ll be going back.

“PARALYSIS by analysis” must be a danger with which Padraig Harrington constantly flirts but what do I know, he is the one with 3-majors and millions in the Bank. Many golf pros have college degrees these days but do any of them study the game in the same detail as Padraig?

This anecdote is revealing. After Harrington had attended the obligatory European Tour Orientation Course in 1996 the Convener, Tommy Horton, remarked that Padraig was writing things down and asking questions incessantly. “No one ever turned up for that course, before or since, with a pen and paper,” Horton said.

Then, early in his first season on Tour and soon after winning the Spanish Open, Padraig requested to be allowed attend the following year’s Tour Rookie’s Course along with the latest batch of recruits such was his interest in learning from the old sages. That was when Horton realized that Harrington was unique.

Padraig deserves all of his success. One of his most likeable attributes is that he gives back to the game in spades and he does it so naturally. He is Hogan-like in the way he goes about his business and he is the golfer that Ben Hogan would admire most in the modern game.