Martin Kiely Column - What a wonderful night in Ennis 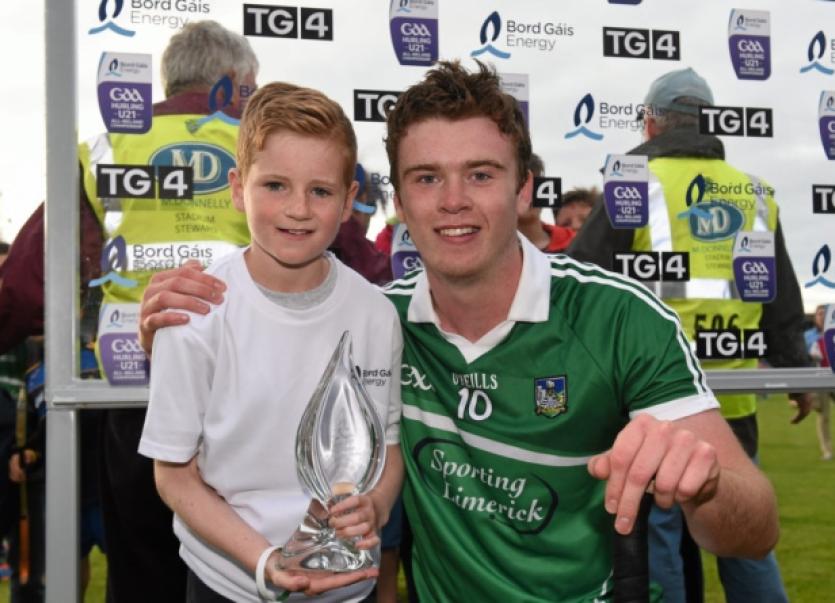 In this week’s Limerick Leader GAA column, Martin Kiely looks back on Limerick’s magic Munster U-21 final win over Clare.

In this week’s Limerick Leader GAA column, Martin Kiely looks back on Limerick’s magic Munster U-21 final win over Clare.

There will always be occasions in sport that will stick firmly in the mind. One such occasion was last Thursday evening in Cusack Park in Ennis when the Limerick U-21 hurlers overcame Clare to win the Munster title.

The atmosphere in the venue was magic. In the stands you could almost see the heat rising from the supporters. Cusack Park provides that feeling of closeness both on the field and in the stands. The crowd was just over 14,000 but it felt like double it. The U-21 grade is quite special. Its purity allows players to express themselves and to the credit of both teams they did that.

Clare were going for four Munster titles in a row, a difficult assignment but it shows the quality of young players they have in the stable. You could see the hunger for success in so many of the Limerick supporters, many had arrived at the venue hours before the starting time.

A win was needed and it was delivered after a close battle with a gallant Clare team. As a group this U-21 team are developing a close bond and that was evident in the manner of their wins against Tipperary and Clare. I liked the way they worked for each other and the team. This win over Clare showed the value of winning at minor level and some of those players that did well at minor were crucial in securing this latest victory.

The closeness of the game saw it hang in the balance right to the end but Limerick were full value for this win. They showed great battling qualities, mixed with passion and some outstanding individual displays. Not for the first time it showed we have some quality young players that have been overlooked for the past couple of years at senior level. This match saw players place their hand on the lever of the future of Limerick hurling. Ronan Lynch had a sensational evening. He slotted over some great points at vital times from frees but also from play. It was great to see him returning to his best and this win was a mighty boost for him personally. I saw his after match interview on TG4 which was delivered in a display that matched his performance on the field.

Diarmaid Byrnes is growing in stature with every game. He is reading the game better but also he is leading the team by example. I have always had great faith in Byrnes - he has worked hard to develop his game and it will only get better. His club mate Cian Lynch looked to be on a Honda 50 as he covered so much ground. He weaved his way from end to end and in doing so created space and opportunities for others.

Richie English at full back was the complete master against the highly rated Shane O’Donnell. It takes a bit of craft to mark O’Donnell but English showed plenty of it in this game. Gearoid Hegarty is developing with every game. He’s a really honest player that will give his all. He has a future in hurling and this run with the U-21 team will further assist his development. I thought Daragh O’Donovan worked very hard but especially in the opening half when Clare looked to be making real progress. Some of the forwards struggled but when it mattered most it was Colin Ryan that really lifted the team. He rallied the team in the way he took the game and Clare on. This young man is blessed with many qualities and I sense we haven’t seen them all yet. His versatility as a player and his wiliness to take on his man shows he can survive at the highest level.

David Dempsey is a player I have wrote about for some time now. I think he has the capacity to be a really outstanding player, he has the knack of coasting around the defender and will always deliver on the score board.

I think Limerick can improve further. The management made good calls and to their credit they have won the honesty of players and that is always a good sign. Lessons are learned in winning and defeat and in that regard I feel a couple of places are up for grabs. Sean Finn has proven he is good enough to start, so too Jack Kelliher. Limerick has scope to strengthen the full forward line, they have players well capable on the bench of improving the team.

This latest win could not have come at a better time. It was badly needed to restore the confidence of the supporters and the entire county. Galway will bring a strong challenge in the All Ireland semi final but for now let’s just savour the beauty of this win. To the players and management thank you.